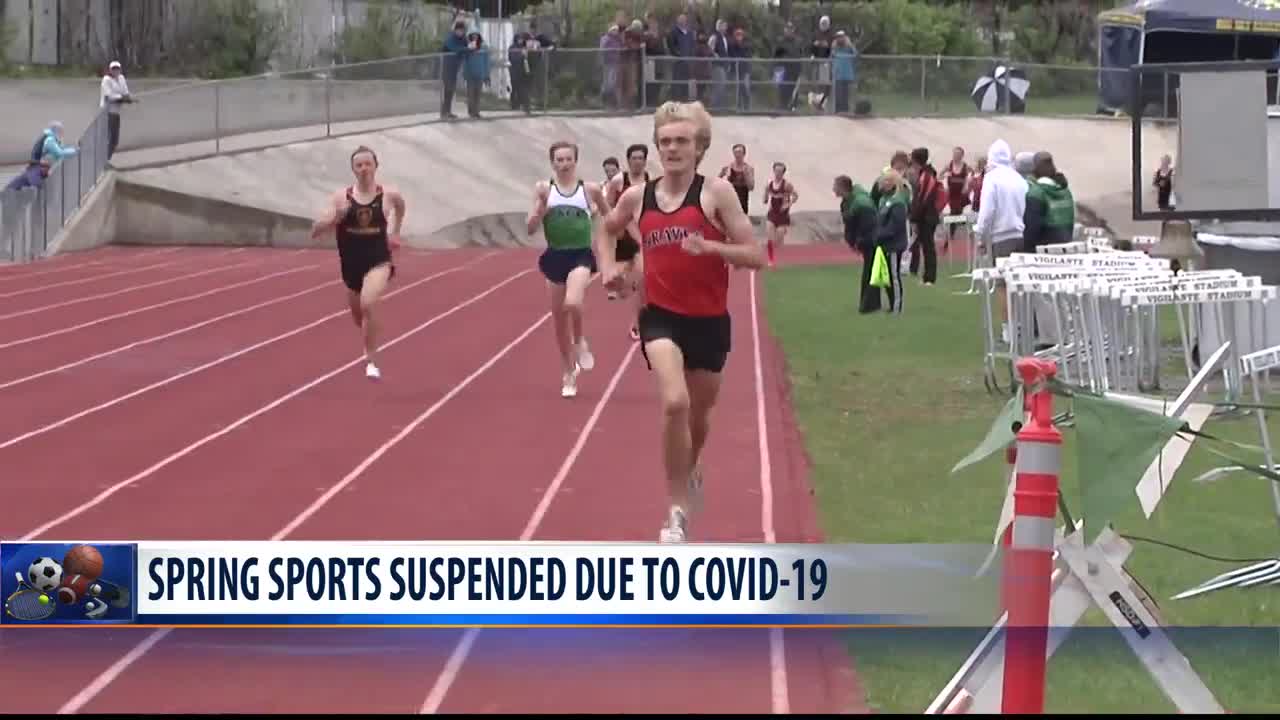 HELENA -- The Montana High School Association executive board has decided to suspend spring activities across Montana following the growing threat and concern of the coronavirus disease (COVID-19).

"If spring activities are resumed, the practice requirement for sports at that time will be five practices from resumption, except for golf, which will be the normal two practices required," the release continued. "Postseason formats will be adjusted by conferences as necessary with MHSA approval."

Montana governor Steve Bullock implemented a two-week closure of public schools on Sunday, effective from March 16-27. MHSA executive director Mark Beckman told MTN Sports on Sunday that their office would follow the recommendations from the governor's office, Montana Public Department of Health and Human Services, as well as the Office of Public Instruction regarding activities in the Treasure State.

Practices for spring sports began last week, with events for athletes with the required number of practices available as early as this weekend. According to Athletic.net, which tracks Montana's track and field results, Corvallis was scheduled to host the Blue Devil Invitational on Saturday, March 21. The annual Great Falls softball jamboree was scheduled the following weekend, March 28.

"The board looked at some of the options -- suspending for just the two weeks that the governor closed schools, then they said maybe that's not enough, in regard to if we do get back to school, let's make sure we keep these activities suspended for a little while longer to make sure we get back into the rhythm of things and keep everyone safe," Beckman told MTN Sports on Monday. "After looking at some of the different options, they saw that going into the first part of April, and with Easter that first weekend, they thought April 13 would be a good day we could come back, evaluate, see where everything is at that time, and hopefully this whole situation will pass sooner than later.

"We still have time, then, where we've dropped things to five practices for team or individual sports, except golf, and then we can look at changing the format of some of our sports -- the number of contests, will we have districts or divisionals? That can go through each classification and then come back to the MHSA board for approval. We would have time for all of that. So this gives us a little more time for the virus to pass, hopefully get back into some normalcy and also still have enough time to have spring sports."

Monday's news comes after a whirlwind week that saw professional sports leagues like the NBA and NHL suspend their seasons, while the NCAA and NAIA canceled their men's and women's national basketball tournaments, including the NAIA Division I women's tournament that was set to be held in Billings this week.

The MHSA wasn't affected until Friday evening, when its state basketball tournaments came to an abrupt halt after the first presumptive positive cases of COVID-19 were found in Montana. Teams finished their semifinal games in Billings, Bozeman, Butte and Missoula, crowning the winners co-champions.

Beckman says the MHSA and its executive board, made up of members from across Montana, will pay close attention to what the governor's office, Montana Department of Public Health and Human Services, and especially the Centers for Disease Control and Prevention (CDC) recommend when reevaluating on April 13. But he also noted that date isn't the end-all date where decisions must be made.

"I don't think it's a drop-dead date by any means. We have the entire month of May, and there's always the option or someone may ask if they can extend their tournaments into early June or whatever," Beckman said. "We haven't discussed that, but the board didn't go with a drop-dead date, either. Some even talked about having to look at a later season."