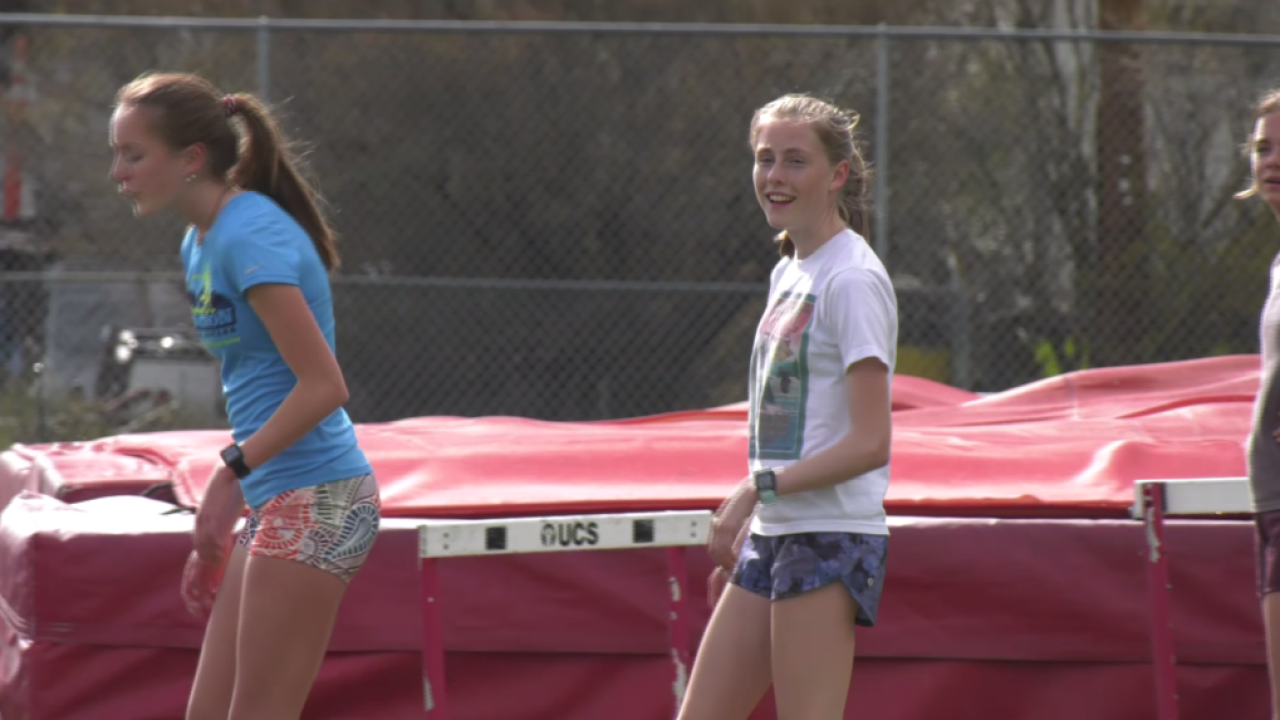 Bozeman High athletes have a long history of great runners to chase, but Trom gets inspiration from one of the best.

Noe set a high bar at Bozeman, winning state championships in cross country and the 3,200-meter run and regularly making splashes on the national scene. Noe continued to raise the bar this past year as a freshman at Montana State, becoming the first female runner in program history to finish as a cross country all-American.

“I remember just when I was an underclassmen watching all of the older girls, especially Camila,” Trom said. “They really inspired and it’s great to have teammates, especially when you’re an underclassmen, to look up to and want to do the same things that they’ve done some day.”

Noe has maybe helped Trom set her focus, but Trom is gradually chasing down her own goals. After placing fifth in the 800-meter run and seventh in the 1,600 at the Class AA state track and field meet as a sophomore, Trom pushed to the top of the class as a junior. She took home two gold medals last spring, running a personal-best time of 4 minutes, 55.92 seconds to win the 1,600 and running a leg on Bozeman’s championship 1,600-meter relay team. She added a second-place finish in the 800 as the Hawks claimed the team trophy.

That 2019 state meet was one of Trom’s favorite memories from her high school career, and 2020 likely would have created more memories. She would have entered the year as one of the fastest girls returning in the 800-, 1,600- and 3,200-meter runs alongside Helena High’s sophomore duo of Odessa Zentz and Kylie Hartnett. Trom was considering running all three races this year after previously focusing more on the 800 and 1,600.

“I definitely had some state championships on my mind,” she said. “I was really looking forward to seeing how I could progress throughout the season. I always kind of have state a little bit in the back of my mind, so I definitely wanted to be able to defend some of those titles and maybe go after a couple others.”

Alas, Trom and her spring sports counterparts are missing their 2020 seasons after they were canceled because of the COVID-19 outbreak. The track and field postseason was set to start this week with the state meets originally slated for May 22-23.

“I was definitely really disappointed at first. I mean, I think we all saw it coming, but it still didn’t really change the disappointment I felt at first, just because I’ve always envisioned that last season to be the best one,” Trom said. “And I was really looking forward to some great practices with the team, just like a final hurrah with the team, so I was definitely disappointed that I didn’t get that at first. But I think over time I’m definitely not as disappointed now, because I know that everyone’s in the same boat and it was, really, out of our control. I think at this point, I’m just mostly grateful that I did get to experience three years of track.”

And she’s also grateful for the opportunities running has presented her. This fall, Trom will head to the University of Oregon, where she’ll compete for the Ducks’ cross country and track and field teams on partial academic and athletic scholarships.

She said her communication with the Oregon coaches started last fall during a “rocky cross country season,” by her standards. Trom finished second at the state cross country meet each of the past two seasons.

“I’m really thankful that my running career isn’t over and it’s actually kind of just beginning now that I get to go to Oregon,” she said. “I think that’s why I’m not quite as disappointed as I was expecting, because there’s still so many track seasons to come.”

And role models to chase.