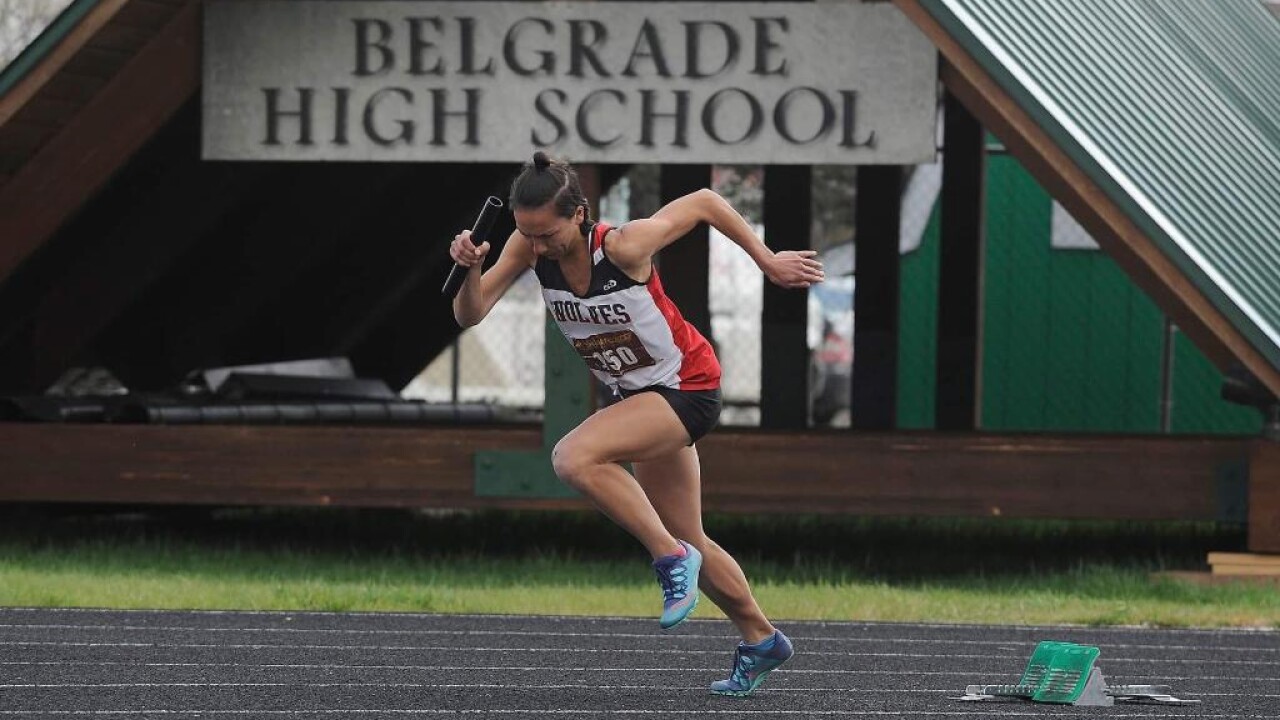 THREE FORKS — If Kendall Lynn is getting in extra workouts during the coronavirus pandemic, the reasons might be two-fold.

Lynn, a standout senior athlete at Three Forks High School, of course likes to stay active, but she’s also active in the kitchen. She loves to bake, especially different types of bread, and also works at a chocolate shop. Sampling your own product is nearly a requirement.

“I have to remind myself that I’m an athlete,” Lynn laughed.

Lynn is one of the best athletes in Class B and would have assuredly been in pursuit of more track and field gold medals this spring. She’s won the state triple jump title each of the past two seasons, launching a personal-best jump of 36 feet, 4.5 inches at last year’s state meet to edge out Malta’s Erica Smith by less than two inches.

Of the six triple jump placers at the 2019 Class B state meet, five were set to return this year.

“I knew last year was pretty close between me and a couple of the girls. I just knew I had to be on top of my game, and so I was mentally preparing myself for that (this season),” said Lynn, who hoped to jump 37 feet this year. “I was super excited. My senior track season I wanted to excel in triple jump again and hopefully some of my other events.”

In addition to her triple jump titles in 2018 and 2019, Lynn had advanced to the state meet in the 300-meter hurdles in her first three years of high school and added appearances in the high jump and long jump last year as a junior.

The long jump was especially unique last year. Lynn placed third, marking a personal-best jump of 16-09. Her younger sister, Keaton, won the event, though, popping off a jump of 17-00.25, a jump 15 inches longer than her previous best.

“Being so close in age, we’ve always had a sibling rivalry a little bit, but we’re also just best friends and super close,” said big sister. “Even though she did beat me and she’s my little sister, I was so proud of her. It’s been great getting to compete with her.”

“She still bugs me from time to time about it,” Kendall admitted with a laugh, “but I was really just proud of her and happy for her.”

The duo, which has been getting in some at-home workouts together this spring, has the family legacy to maintain. Kendall said their grandparents and parents were great athletes and that their dad, TJ Lynn, had a college baseball opportunity.

Lynn said “quite a few factors” went into her decision to sign with the Yellowjackets, chief among them her choice of major. Lynn intends to study biology with the ultimate goal of becoming a doctor.

“I’ve just always loved biology and chemistry and all the sciences … and originally wanted to be a vet, but then I realized you had to love animals,” she said. “I was like, ‘I like people a lot better.’”

Lynn’s college excitement has helped overshadow her high school disappointment. She’s had an outstanding athletic career — excelling in basketball and volleyball in addition to track and field — but the Montana High School Association canceling her senior track season in response to the COVID-19 outbreak still hurt.

Lynn had high expectations entering her senior season and held out hope for as long as she could that athletes would get some type of competition. It wasn’t until April 22 that the MHSA officially canceled its 2020 spring sports seasons after Governor Steve Bullock detailed the gradual reopening of Montana.

The cancellation is hitting especially hard now. District track meets were scheduled to run last week with the divisional meets slated for this week. Three Forks would have been in Laurel for the Southern B divisional meet ahead of next week’s scheduled state meets.

“It was pretty hard, because I’m used to staying active and I love track. I just love the atmosphere and the people,” Lynn said.

“I had all my track meets written down on my calendar, and so I see where I would be this weekend,” she added. “I’m still pretty bummed about it, but I’ve also come to accept it just because I still have an amazing opportunity to run track.”

And if that fails, bread and chocolate are solid pieces of happiness, too.