State B volleyball: Reigning champion Huntley Project back in title-game 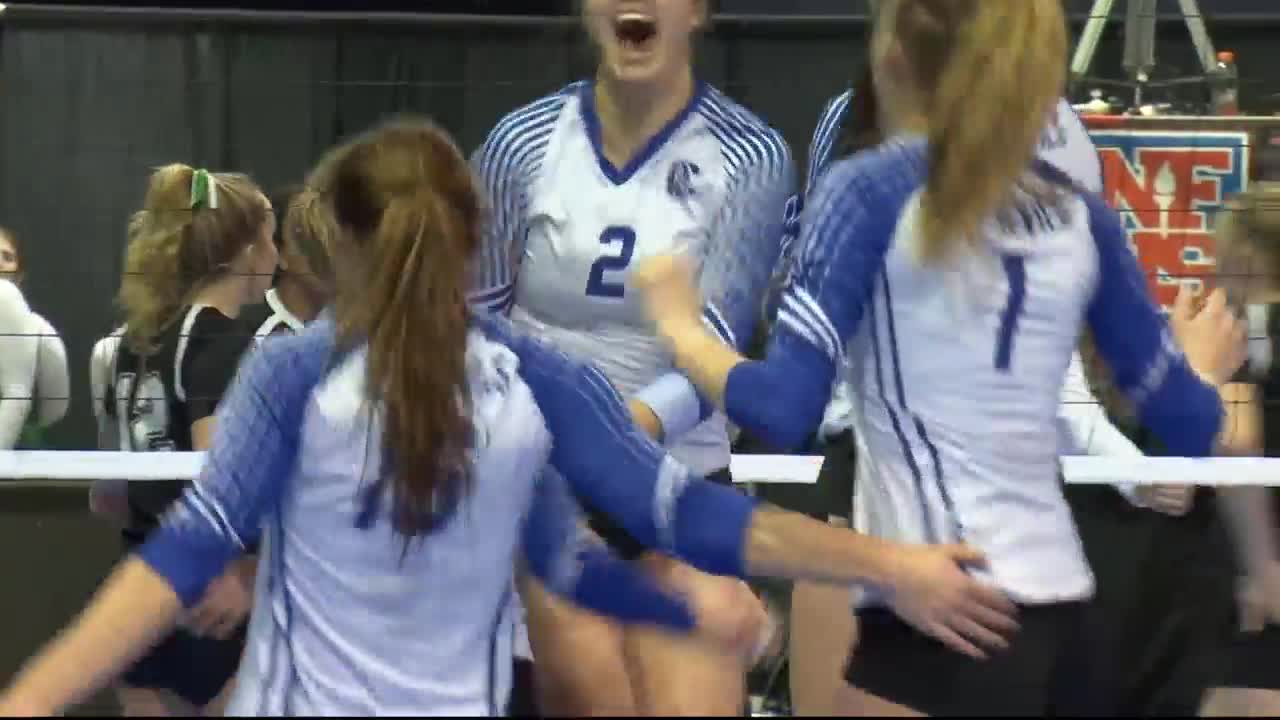 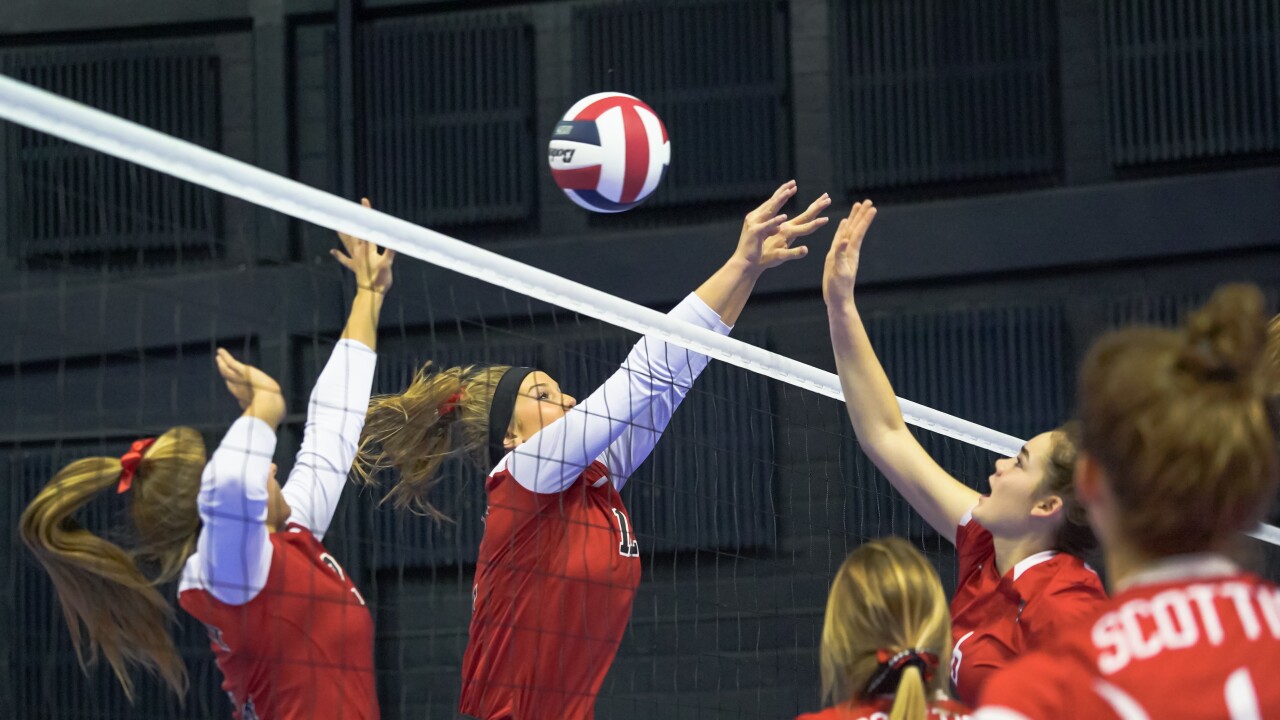 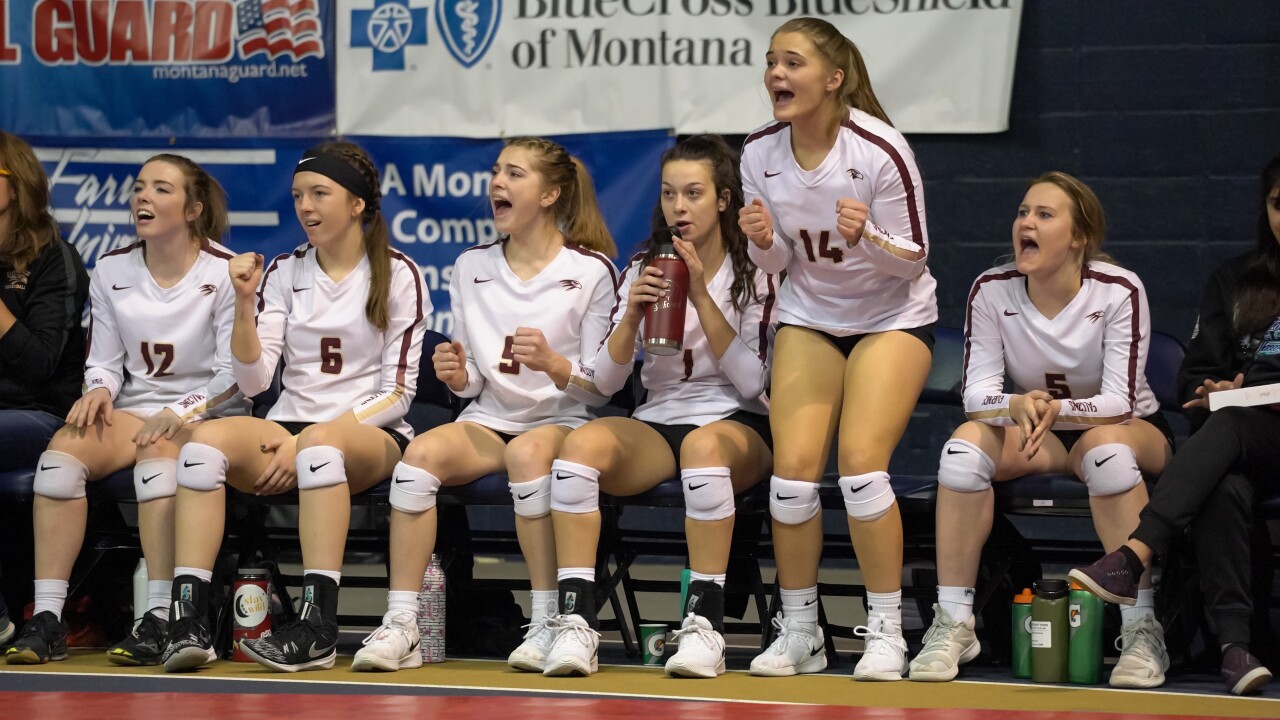 BOZEMAN -- The Class B favorite is back in the championship match.

Huntley Project, which has won the past two state titles and 11 overall, swept Joliet 25-17, 25-19, 25-23 on Friday in the undefeated semifinal match at the Class B state volleyball tournament at Brick Breeden Fieldhouse.

Makenna Bushman paced Joliet with 13 kills and two aces. Shayla Webber finished with 21 assists and 17 digs in the loss.

Joliet could still battle back to the championship game, but the J-Hawks have to stave off elimination on Saturday. They'll meet either Choteau or Florence in the third-place match at 10 a.m. The winner of that match will then play Huntley Project, needing to defeat the Red Devils twice to claim the championship.

The undefeated Red Devils have yet to drop a set at the state tournament and will play for the title at noon Saturday. It'll be their 11th consecutive appearance in the championship match. Project won five consecutive titles from 2009-13, then finished second the next three years, before winning the 2017 and 2018 championships.

Sarah Hopcroft had 28 kills and three blocks to help Florence-Carlton to a 25-17, 19-25, 25-17, 25-23 win over Choteau in the fourth-place match at the Class B state volleyball tournament on Friday at Brick Breeden Fieldhouse.

Emma Stensrud and Kasidy Yeoman also added three blocks each, with Stensrud also registering two aces and Yeoman recording 19 assists. Kolbi Wood had 40 digs in the win for Florence, which will meet Joliet in the third-place match at 10 a.m. Saturday. The winner of that match will play Huntley Project for the title.

Ellie Lee had 13 kills and three blocks for Choteau, which ended its season with the loss.

Choteau made quick work of Shelby in a loser-out match Friday at the Class B state volleyball tournament at Brick Breeden Fieldhouse. The Bulldogs rolled to a 25-22, 25-20, 25-7 win to keep their season alive.

Ellie Lee and Nicole Krone each recorded eight kills for Choteau. Lee added three blocks, while Krone contributed four aces. Christine Funk had 19 assists and 12 digs. The Bulldogs will meet Florence in the Class B fourth-place match at 8 p.m. Friday.

Sarah Hopcroft had a huge game Friday at the Class B state volleyball tournament to help Florence-Carlton to a 25-17, 19-25, 27-25, 25-16 win over Townsend in loser-out action at Brick Breeden Fieldhouse.

Hopcroft had 21 of the Falcons' 48 kills, while also recording 29 digs in the four-set win that extended Florence's season. The Falcons, who also got seven blocks from Emma Stensrud and three aces each from Halle Christopherson and Emily Kinnaman, will now play Choteau in the fourth-place match at 8 p.m. Friday.

Townsend's season comes to an end with the loss. Peyton Vogel finished with 10 kills and six blocks.

Christine Funk dished out 21 assists, Nicole Krone had 23 digs and a pair of aces, and the Choteau Bulldogs advanced in the consolation portion of the bracket at the Class B state volleyball tournament on Friday after sweeping Anaconda. Choteau won by scores of 25-17, 25-22, 25-15.

Ellie Lee added eight kills and six blocks for the Bulldogs, which fell to Townend in the opening round on Thursday. Choteau advances to meet Northern B foe Shelby on Friday at 4 p.m., with the winner advancing in the loser-out bracket.

Anaconda got 13 assists and an ace from Logan Stetzner, while Mia Sullivan had six kills and Megan Reich 19 digs in the loss. Isabel Saltenberger led the Copperheads with a pair of blocks.

The Falcons were led by Sarah Hopcroft's 14 kills, five blocks and 12 digs, while Kolbi Wood added a team-high 13 digs in the win. Halle Christopherson and Kasidy Yeoman each had 13 assists, while Wood and Jacklyn Balfourd both posted a pair of aces.

Emma Stensrud also had five blocks for Florence, which finished with 13 in the contest. The Falcons advance in the consolation bracket and will meet Townsend at 2 p.m. in another loser-out contest.

Glasgow finished its season behind Keely Fossom's 15 digs, one block and one ace. Rachelle Glaser posted 18 assists and nine digs, while Laura Ross had six kills and Taylor Peterson five.

Choteau defeated Anaconda in straight sets in the second match of the day. The Bulldogs meet Northern B rival Shelby at 4 p.m.