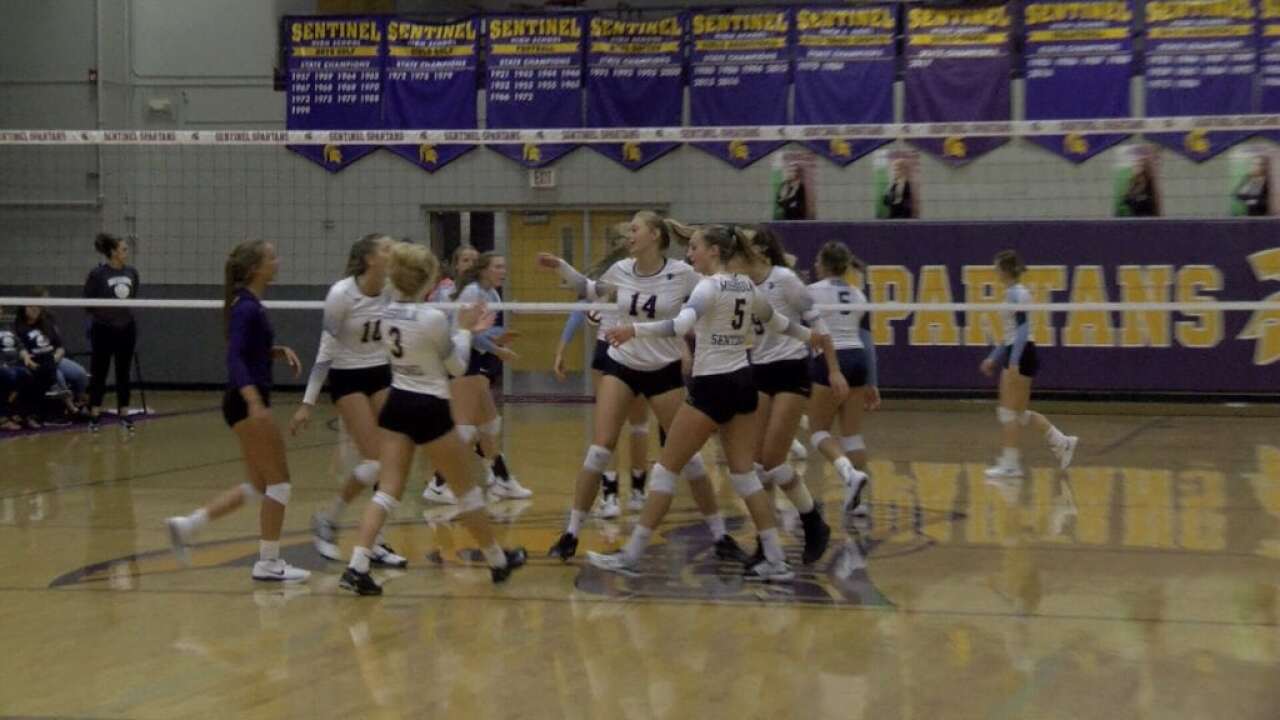 The Sentinel Lady Spartans celebrate a point in their match with Great Falls on Saturday. (MTN Sports Photo)

MISSOULA — On Thursday night, the Missoula Sentinel Spartans hosted the Big Sky Eagles in a crosstown, play-in match. From the start it looked like the game would be similar to the regular season matchups, where Sentinel dominated. But after Sentinel took the first set, a wild second set swung in favor of the Eagles to make things interesting.

In the third set both teams came out swinging. But after a third consecutive Spartans point made it 5-2, they rolled from there. The Spartans took the third set 25-16 and took the momentum, as well.

In the fourth and final set it was all Spartans again. Senior Sheridan Schweyen and junior Challis Westwater were great on the offensive and defensive sides of the net leading their team to next weekend's Class AA state volleyball tournament with a 3-1 win over Big Sky.

For updated scores and pairings from the Class AA playoffs, please click here.