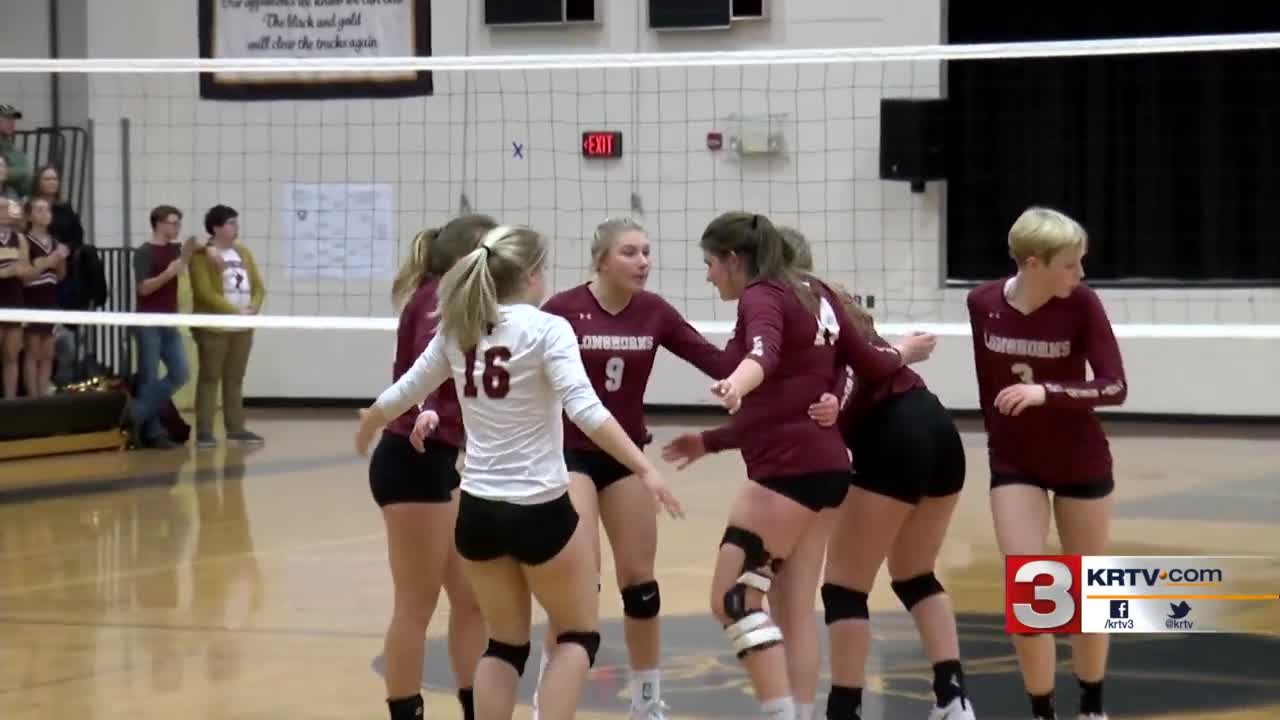 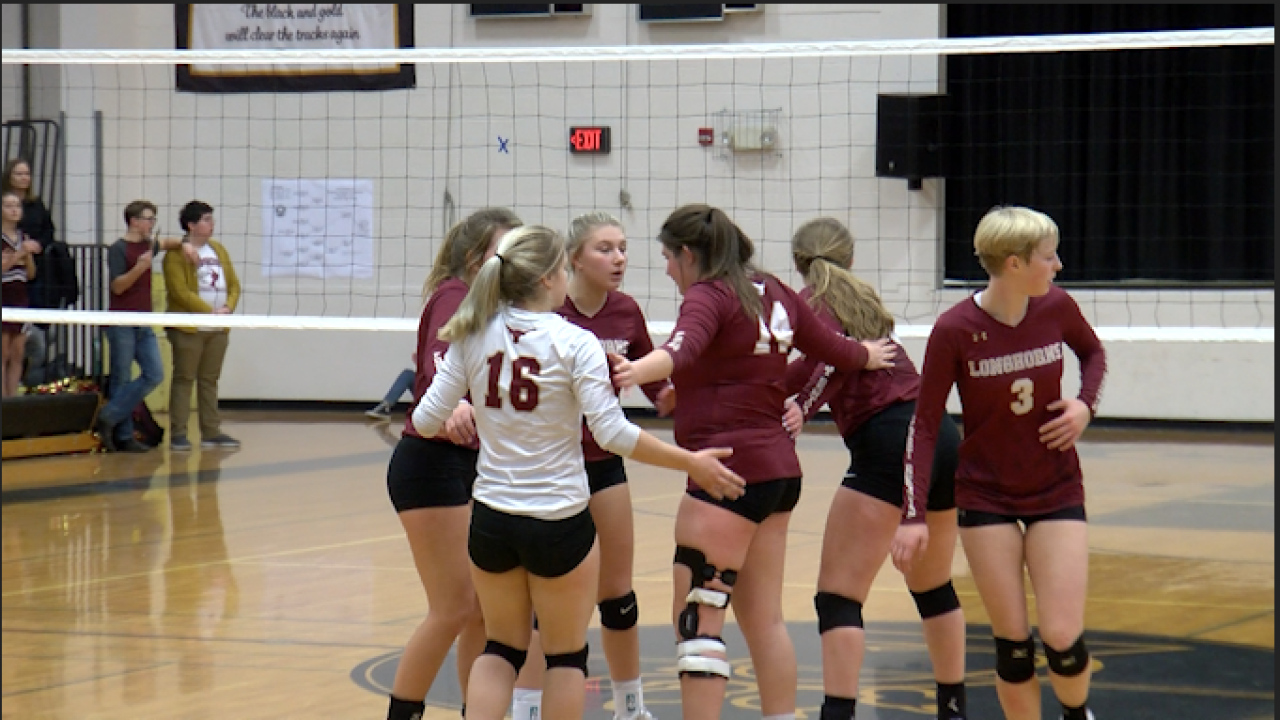 CASCADE — Once again, it took five sets to decide a champion between the Belt and Fort Benton volleyball teams, but in the end it was the Longhorns who prevailed on Saturday in the "if necessary" championship of the Northern C divisional tournament in Cascade.

The Longhorns beat Belt in the undefeated semifinal on Friday to secure a trip to state, while the Huskies dropped to the loser's bracket. Belt then beat Simms in the loser-out semifinal on Saturday afternoon to move into the championship. The Huskies won the first championship in four sets to force the winner-take-all match.

It was the sixth postseason match the teams had played against each other going back to the District 7C tournament last week, where the Belt took the crown.

Five of the six matches went to five sets.