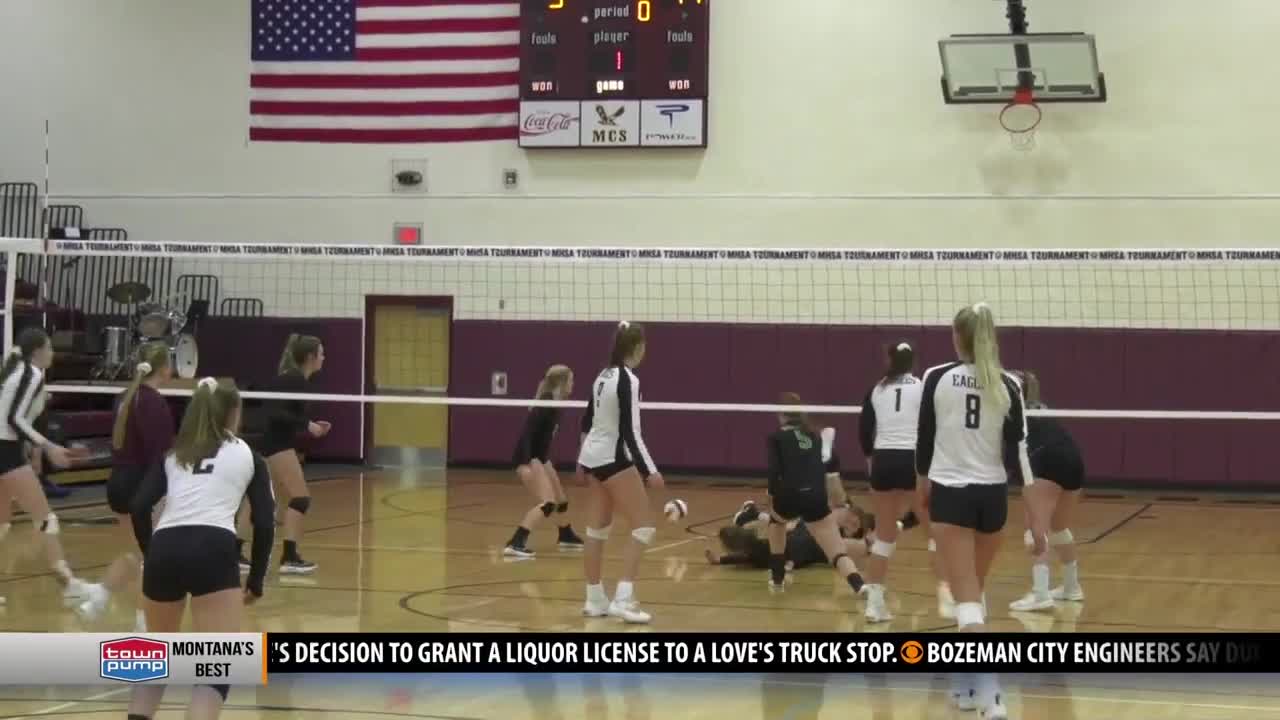 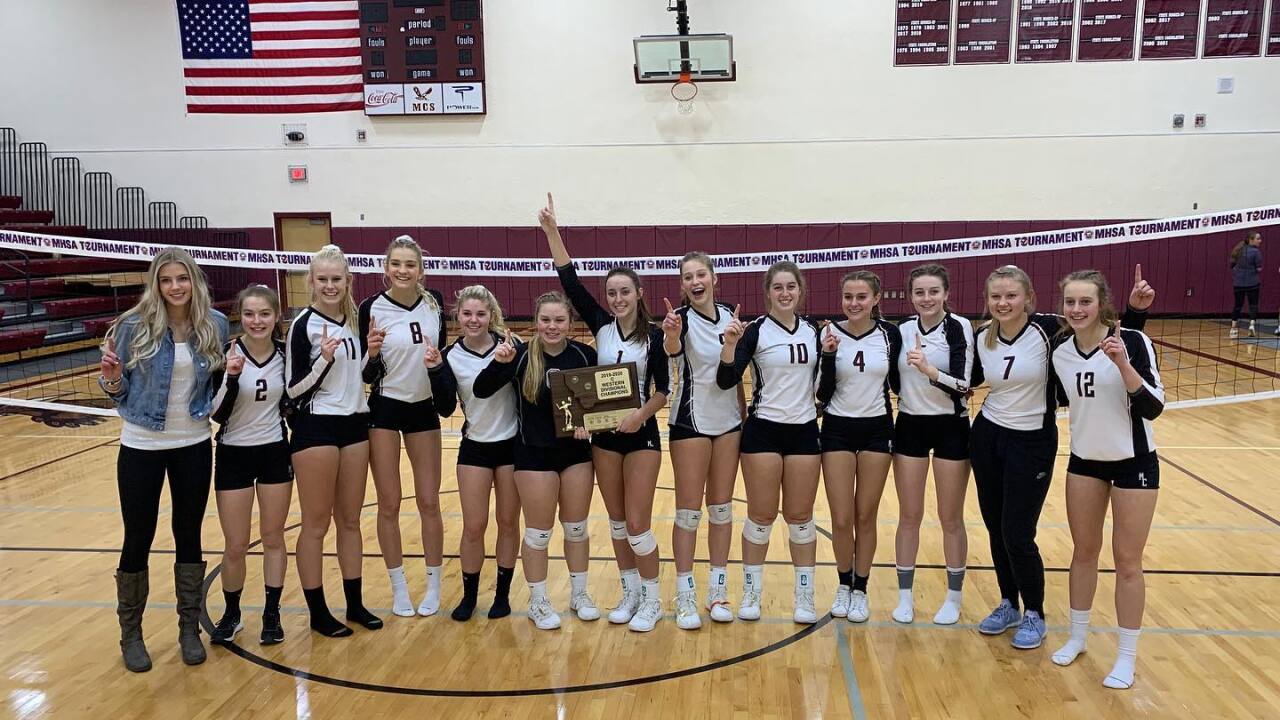 CHURCHILL -- The high school state volleyball tournaments kick off Thursday at Montana State University, and there are a lot of eyes on Manhattan Christian coming into the competition.

“I think that a lot of teams are looking at us like, ‘Oh, they’re going to be one of the better teams at state,’ along with Belt who won last year. And so I think they might be a little nervous, I’m not sure,” laughed Taylor DeVries, an junior setter on the Eagles.

There’s a good chance teams will be nervous. The Eagles are 21-1 this season and cruised to district and divisional titles this season, but they aren’t being complacent.

“It’s exciting for sure, but we also don’t want to underrate anyone. And just go in feeling confident, but not too confident, and just play really well as a team,” said junior Eliana Kuperus.

Last year at state, Manhattan Christian finished fourth. It was the Eagles' first appearances since 2015 and this time around will be different.

“Last year when we went to state we were a little starstruck I think, none of us had really been there yet. So, I think this year we are really focused on it and excited and I think we are going to do really well,” DeVries said.

“We get to put all of our talents together and play as a team and it’s just as far as we can go. So, we are hoping we can put it all together this week,” added Kuperus.

Manhattan Christian won its only state title in 2011, but there’s extra motivation to get to Saturday’s championship game. It’s head coach Jill Ayers’ last season a head coach of the Eagles after 16 years at the helm.

“It’s her last year so it’s really important to us to end it pretty big. I think we are doing it a lot for her mostly than ourselves,” said DeVries.

And that journey to a state title starts Thursday against Roy-Winifred in the first round at noon.