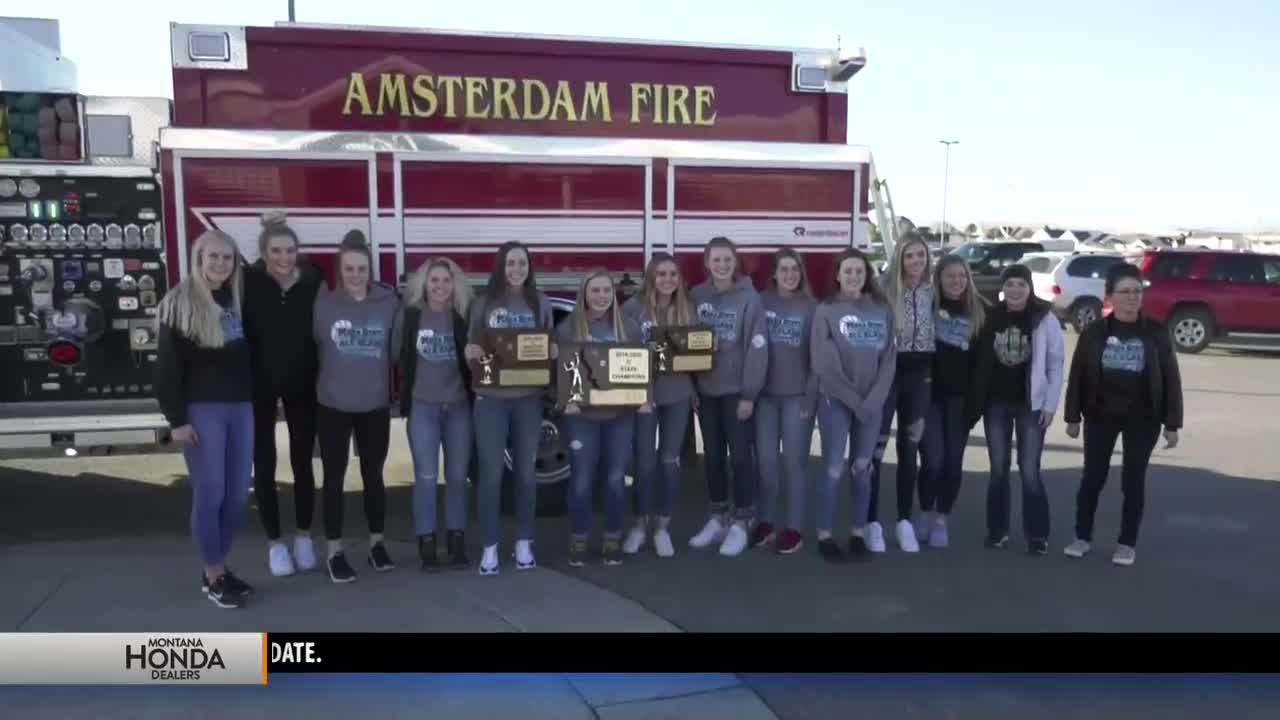 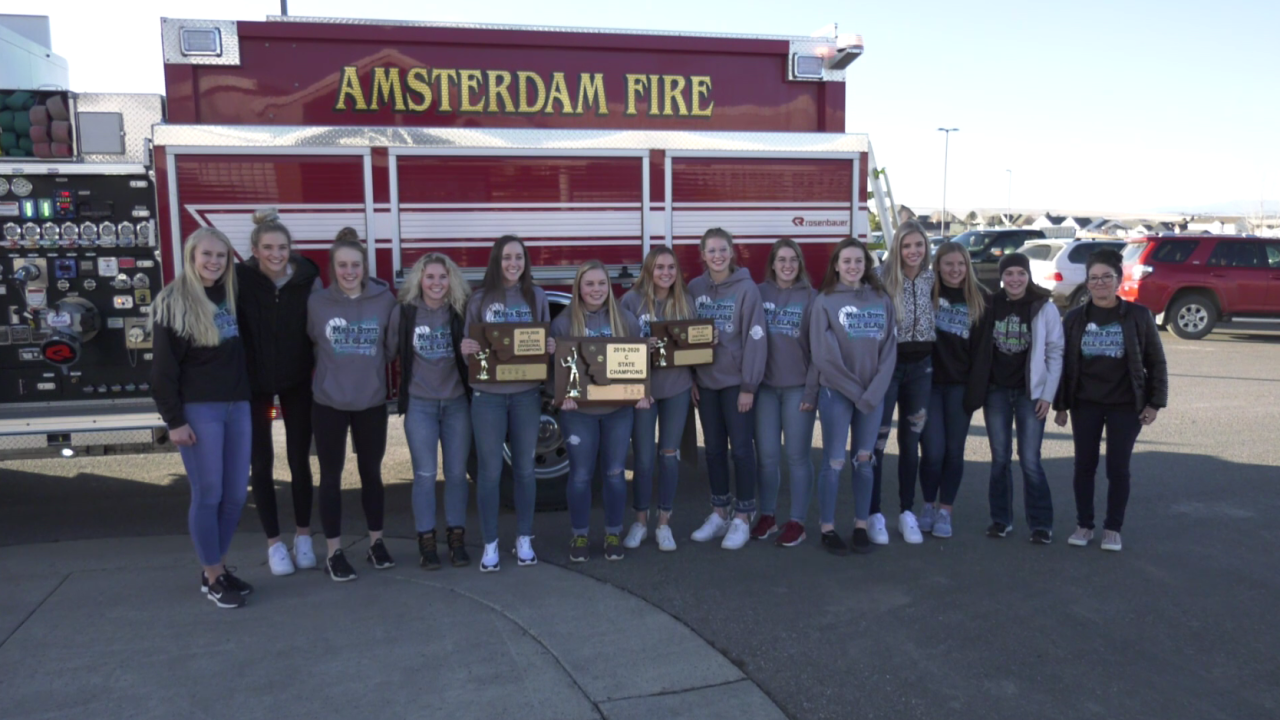 CHURCHILL -- There was a celebration Thursday afternoon in Churchill right outside of Manhattan Christian as the volleyball team got some special treatment after winning its state title.

The team was cheered on by fellow students and was given a firetruck ride to parade the first state volleyball championship since 2011 around town.

The Eagles battled back from the loser-out bracket, winning three matches on Saturday, all in five-sets, eventually defeating Bridger for the state championship.

For many of the player, it was only a quick break because once they got off the truck, they were already late for the first day of basketball practice.