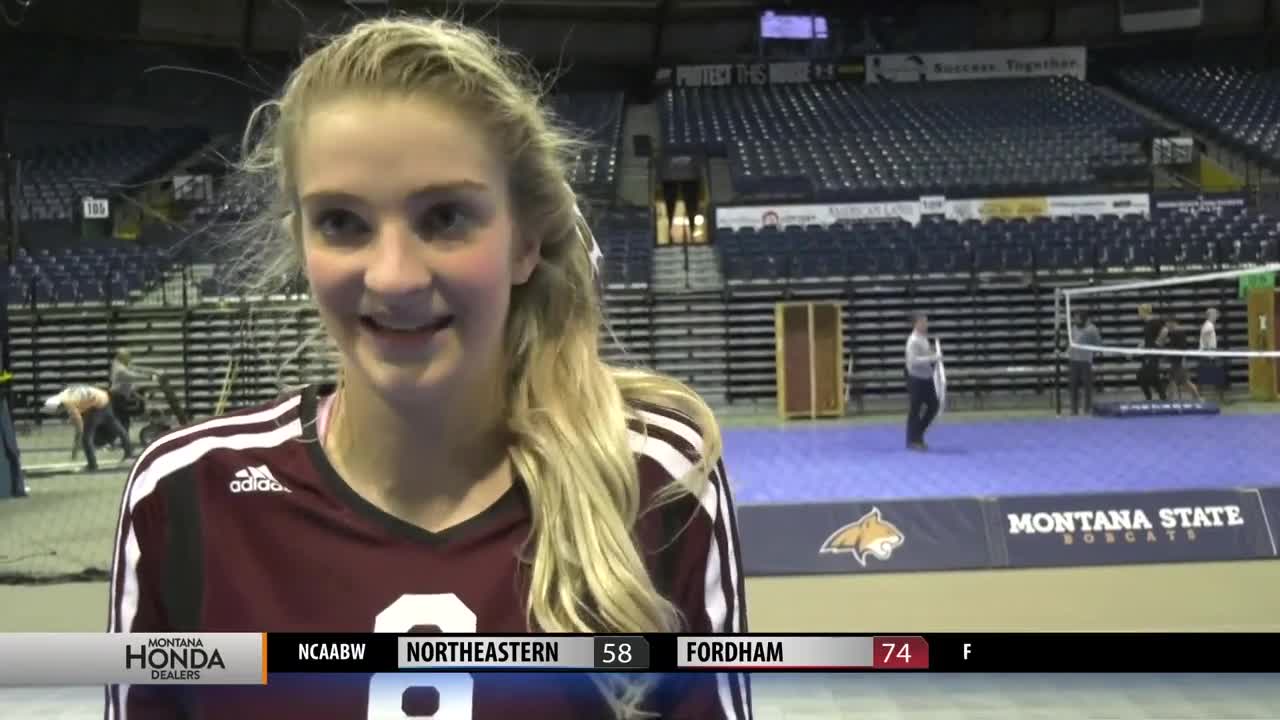 “It just feels so surreal. This has always been a dream of mine to be a state champion, and just for it to come real is crazy. I’m so proud of my team,” said a smiling Kiersten Van Kirk.

The Eagles couldn't have done it without the sophomore Van Kirk. They played 583 total points of volleyball on Saturday as they battled through the loser-out bracket, and Van Kirk never left the court.

“I was just like, 'Point by point, just take it slow and just swing hard, keep it in and keep going,'” she said.

Van Kirk had a whopping 147 kills through six tournament games, including 33 in the final title match.

“She is so level-headed, she is my go-to when we need some points and when we are behind," said teammate Taylor DeVries. "She’s a great player and I’m really glad she’s on my team.”

“She’s the best hitter ever and I’m so proud to be able to play with her, and she’s a great encourager. She gives it her all and she just puts it down, and it’s so great to have that on the court with me and it gives me more confidence, too,” added Eagles junior Eliana Kuperus.

But this is only the beginning for Van Kirk, who has two more years left to hang a few more banners in the Eagles’ gym.

“We have so many boys basketball championships and to have another girls one and look up at it during practice, it’s just something to look forward to again next year," said Van Kirk.