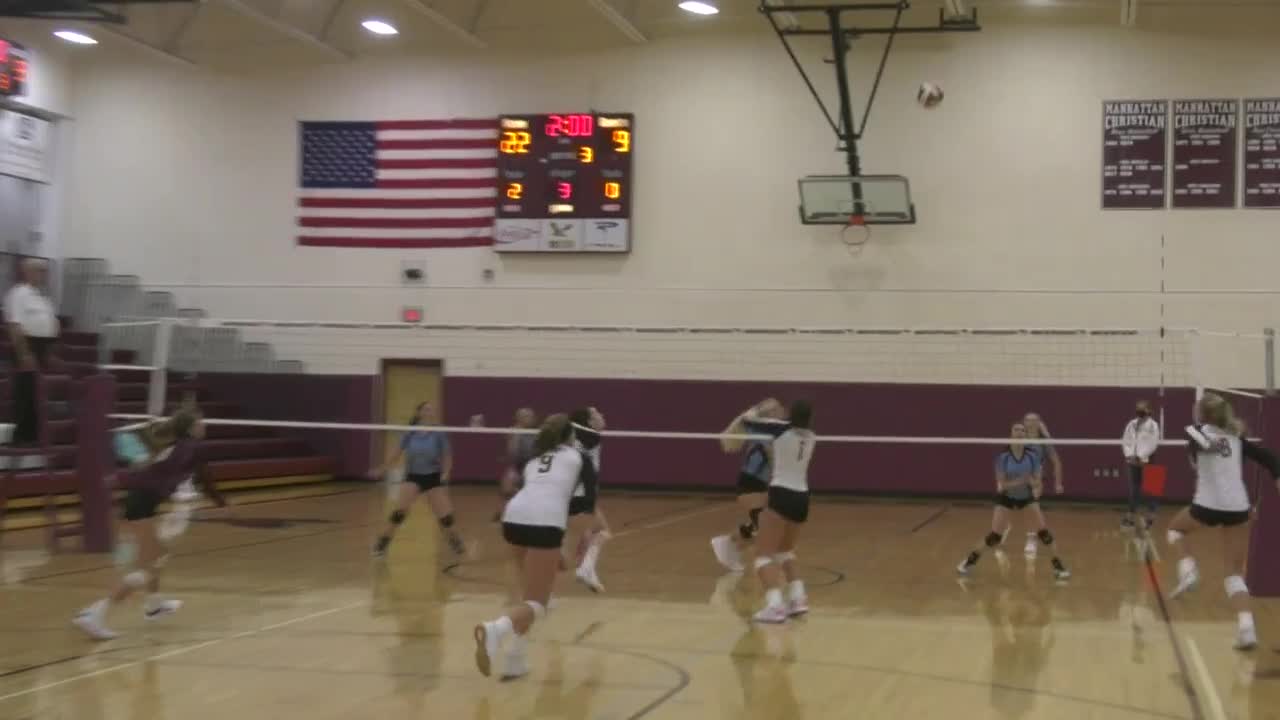 Though Kellie is now with the Montana Grizzlies, things haven't changed much in 2020 for the Eagles, who have again been helped to an undefeated start by a pair of Van Kirk sisters. This time, Kiersten, now a junior, is the older of the sibling duo, playing with younger sister Katelyn, a freshman.

Kiersten is embracing her role of helping her younger sister grow.

“I feel like now that I’m the older one, I get to be the leader and show Katelyn everything, which is super cool," she said. "I also loved playing under Kellie and learning everything from her.”

These two aren’t just sisters, they’re best friends playing alongside each other and leading their team in kills per game.

“I love playing with my sister," Kiersten said. "Katelyn and I are best friends and we've grown up playing together, and to get to play together in high school, too, it’s awesome.”

Katelyn has been eagerly awaiting to play with her older sister and now the two have formed a dynamic duo on the court.

Kiersten will soon be following in her older sister’s footsteps of playing at the NCAA Division I level and has committed to Boise State to play volleyball.

“It’s super exciting. It’s definitely something I’ve worked for for many years, (it's) just exciting to see it pay off," she said. "The recruiting process was kind of stressful and just to know that I’m committed and going to play in college is exciting, and now I can just focus on high school and everything.”

Until then, she gets to impart her knowledge of a few sports onto Katelyn. They also participate in cross country together and, come this winter, basketball.

“I think it’s just fun, just encouraging her to keep hitting the ball and making a mistake and shaking it off, just keep playing,” Kiersten said of how she helps Katelyn grow as a player.

The two are looking to guide the Eagles to back-to-back Class C state volleyball titles but right now are enjoying watching each other play.

“She’s super competitive and really fiery and I just love playing with her because I know she’s going to put a ball down and do something great,” said Kiersten.

“She’s a really good player," said Katelyn. "She’s just a stud in general. I just look up to her so much and want to play like her.”