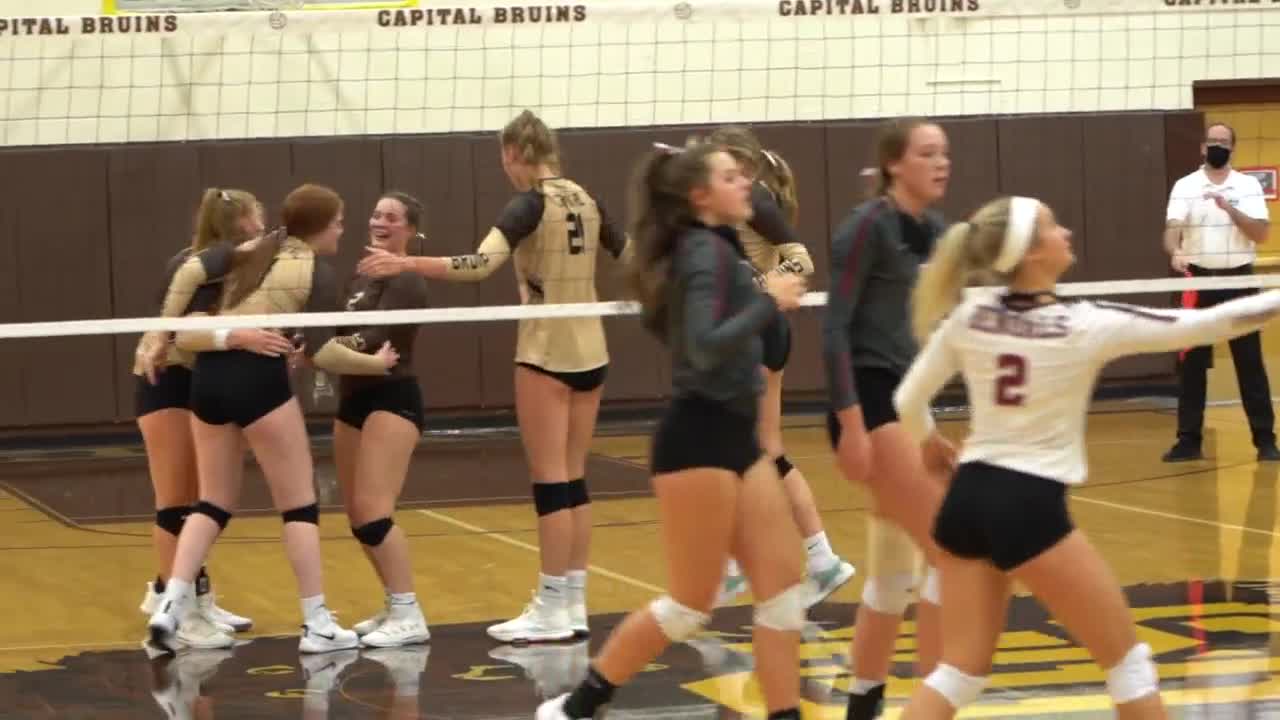 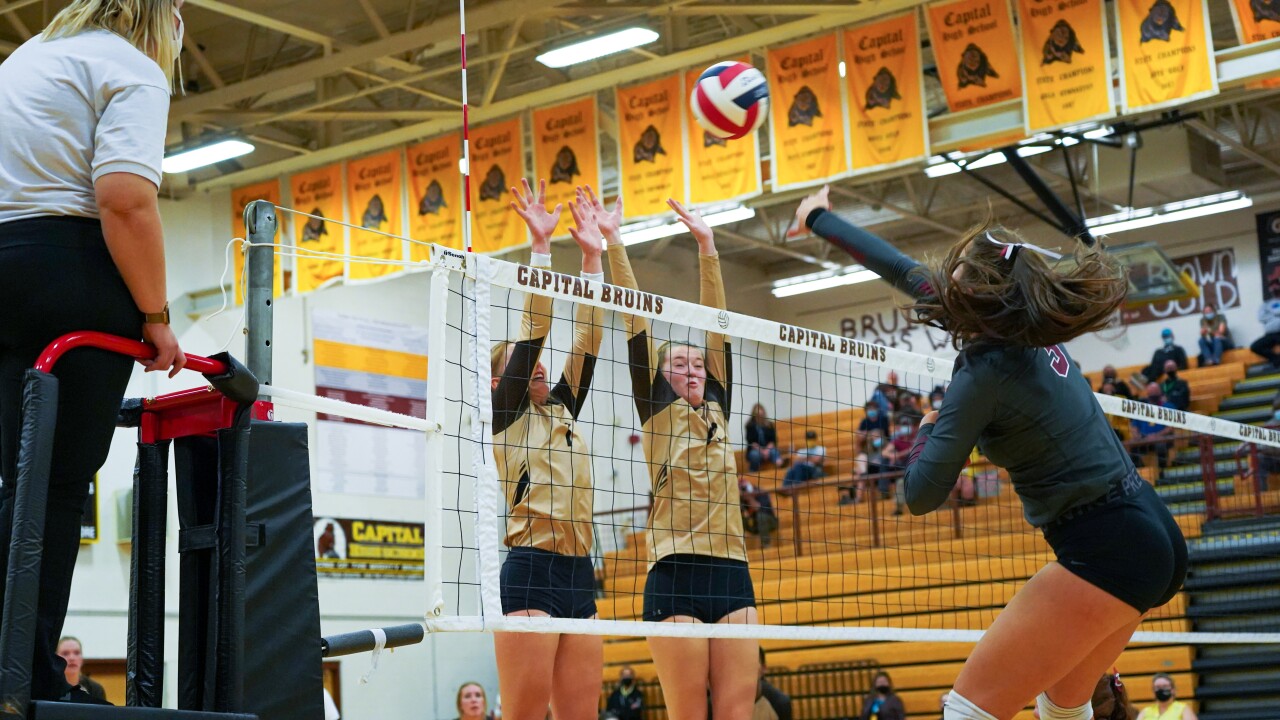 HELENA -- Rebecca Cleveland knows what she's going to get from her Helena Capital volleyball seniors night in and night out.

Every now and again, it's nice to see key contributions from the underclassmen.

"We want all of our teammates to know that we carry the load together and it's not two or three people," Cleveland said Thursday evening.

The Bruins showed just that in a crosstown sweep over rival Helena High, a convincing victory in a rematch of last year's Class AA state championship match. Rachael Stacey, Parklyn Heller and Kennedy Pocha all made key plays to spark the Bruins, changing the tempo from a close first set early to the lopsided wins of 25-16, 25-13, 25-17.

"Rachael and Parklyn, they have a really aggressive line attack, and that's tough to block. It's good to have on our offense," said Cleveland. "Parklyn also sets up a really good block against the outside hitters, so that's good to see for the future of our program, too."

"Kennedy Pocha had the best defensive game of her so far career," Cleveland added. "Being a junior, I'm glad she's in the program and halfway through the season."

"It's huge (to have that underclassmen variety). Obviously, Audrey (Hofer) can't set me and Paige and the other seniors," hitter Dani Bartsch said of her and twin sister Paige, "so being able to get those kills down, that spreads out the offense and keeps them guessing."

Of course, Capital's seniors were also impressive, less than a week after dropping the first two sets in a five-set thrilling victory over Kalispell Glacier. Paige Bartsch had 12 kills, Dani Bartsch added 11 and setter Audrey Hofer had 28 assists and nine digs. Each Bartsch added a pair of blocks, and Dani had three aces in one of her strongest matches of the year.

"We played confident, aggressive, relaxed. We talked about being bold and courageous, going out there and giving it your best and really trying to intentionally play better defense in the short court against a tip, and we picked up a lot more than we usually do," said Cleveland. "Great aggressive serves and everyone played to the best of their ability, it was really awesome to see everyone pull it together and our seniors contributed. Nice for them to have that final crosstown win at home."

"I would agree with that. I just think that Helena High is a great team and we've had our struggles in the past. I really wanted to come out strong, stay focused and relaxed," added Dani Bartsch.

With the win, Helena Capital, the two-time defending state champion, improved its win streak to 61 consecutive games as it closes in on the Class AA record of 65 set by Billings Senior from 2005-09, according to the Montana High School Association record book.

"It's pretty sweet to know we're so close, but it's also very nerve-racking," said Dani Bartsch. "You cannot play bad because we cannot mess this up. Hopefully we push ahead with what, five more? Five more. We'll get there."