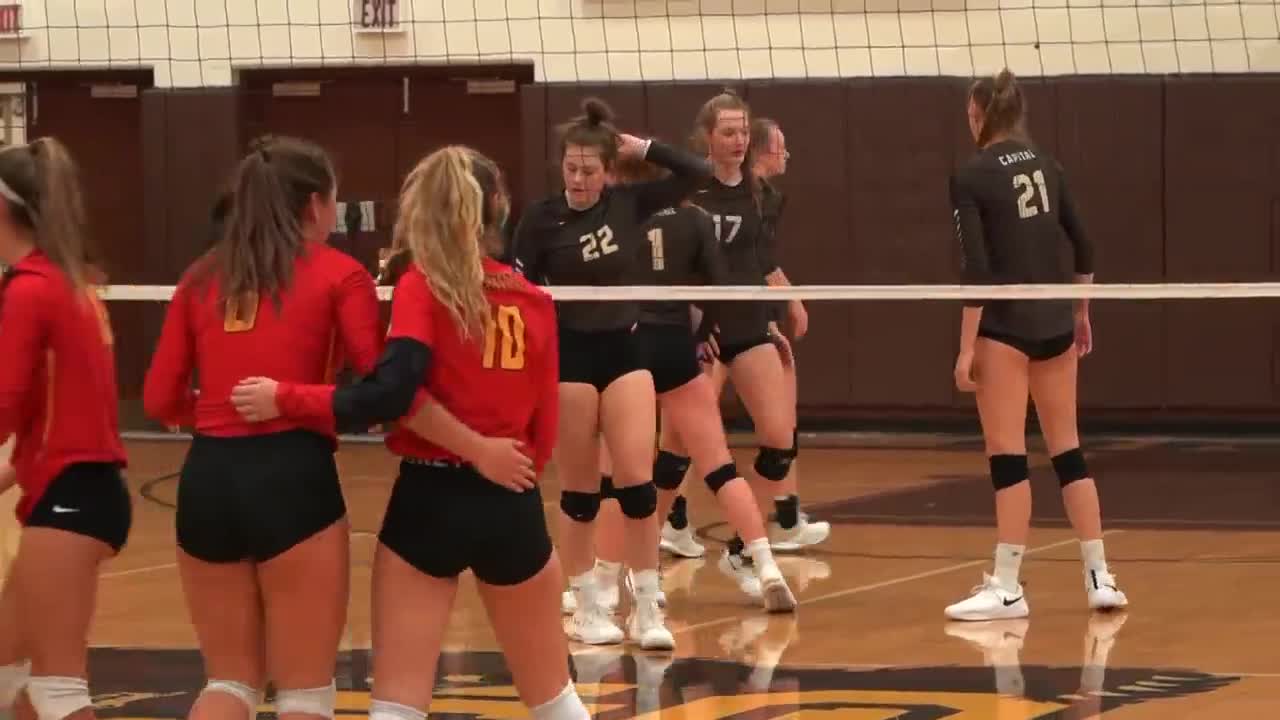 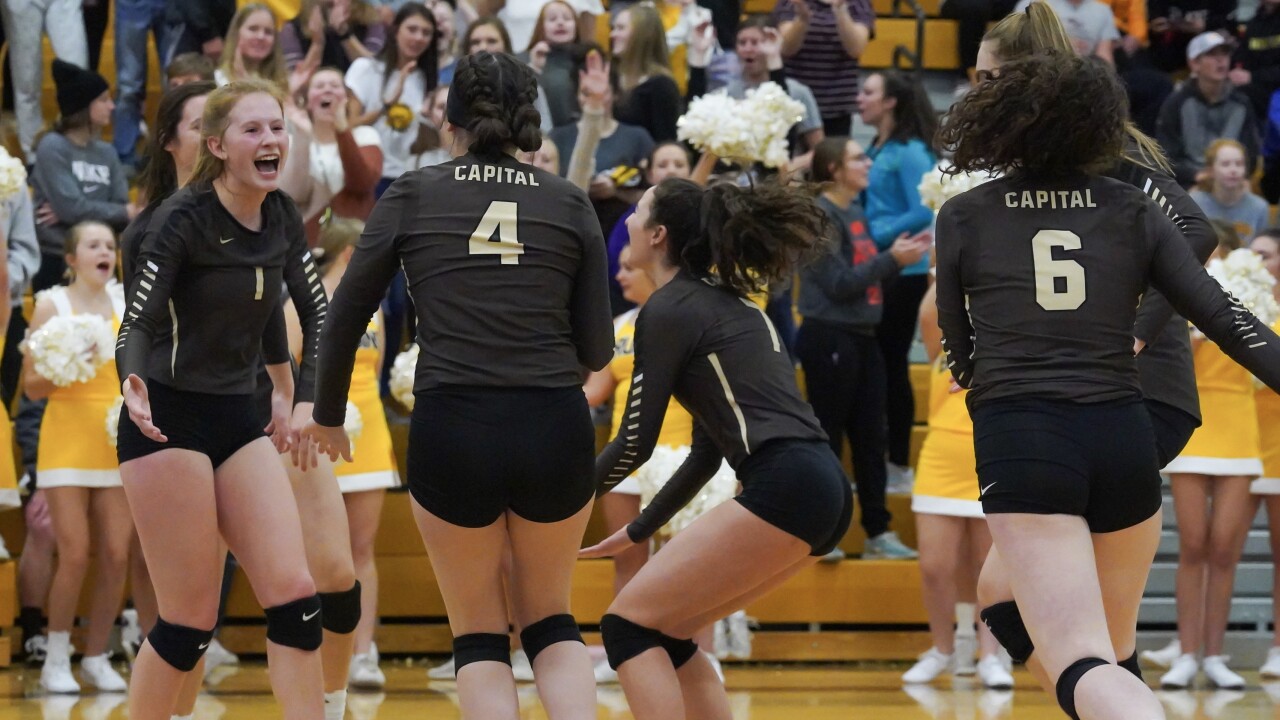 HELENA -- Entering the Class AA state volleyball tournament undefeated wasn't a goal for Rebecca Cleveland and her Helena Capital program, but it's a nice addition to the resume.

"It feels pretty awesome. The undefeated thing, they just worked so hard all season long to get that undefeated title," said Capital head coach Rebecca Cleveland. "As far as going to state, we are super excited. ... Going into the playoffs, we wanted to play our game. It's a blessing to get a playoff instead of a bye because it's another opportunity to refine your play."

The Bruins capped a perfect regular season over the weekend, improving to 21-0 overall and 14-0 in Western AA play. Tuesday night was just another step in defending its state title, but it wasn't all smooth sailing for the champs.

After taking a commanding lead in the opening set, Capital watched the pesky Hellgate team claw its way back to within a point on two occasions, forcing Cleveland to call a timeout to settle her team. But Paige Bartsch and Dani Bartsch took over down the stretch, with Dani scoring consecutive points in a Bruins' run to put the set away 25-17.

Defending Montana Gatorade player of the year Audrey Hofer and hitter Sarah Ashley were spectacular in the second set, with Hofer setting up Ashley on multiple occasions. Hofer finished with 37 of Capital's 42 assits, while Ashley had a team-high 14 kills.

"Sarah had a great second set. She was really on point with her passes and started to get more of a range with her hitting, which is always good for us when she is using her different shots," Cleveland said. "Audrey is just a really smart setter. She runs a great offense and she hustles and gets to every ball, even if they are off target."

Tuesday's match saw multiple Capital athletes take the court, as Cleveland looks to build depth entering next week's state tournament, which will be held Nov. 14-16 at Brick Breeden Fieldhouse on the campus of Montana State University.

"It's great to have depth on the bench, and also making sure they get court time, as well," said Cleveland. "On the bench we have versatile players that are utility, can play more than one position. We have strength in defense, as well, and we have some height, so there's a lot of good threats in the wings."