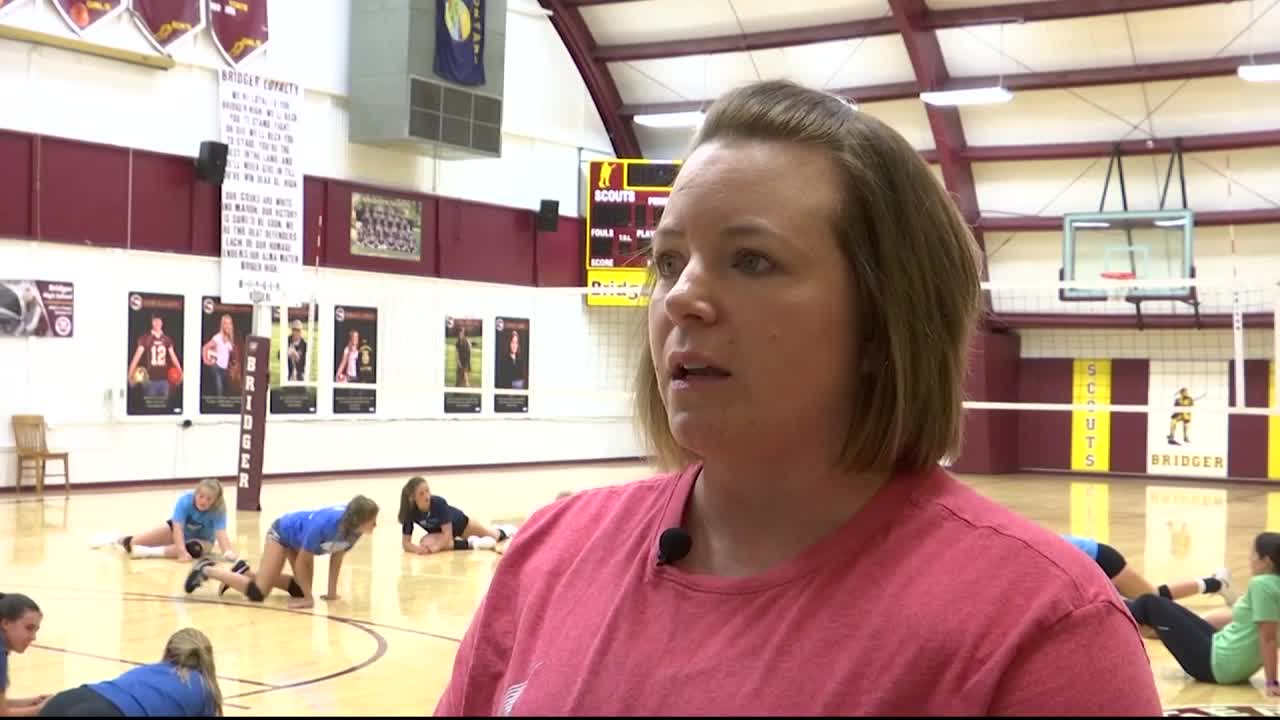 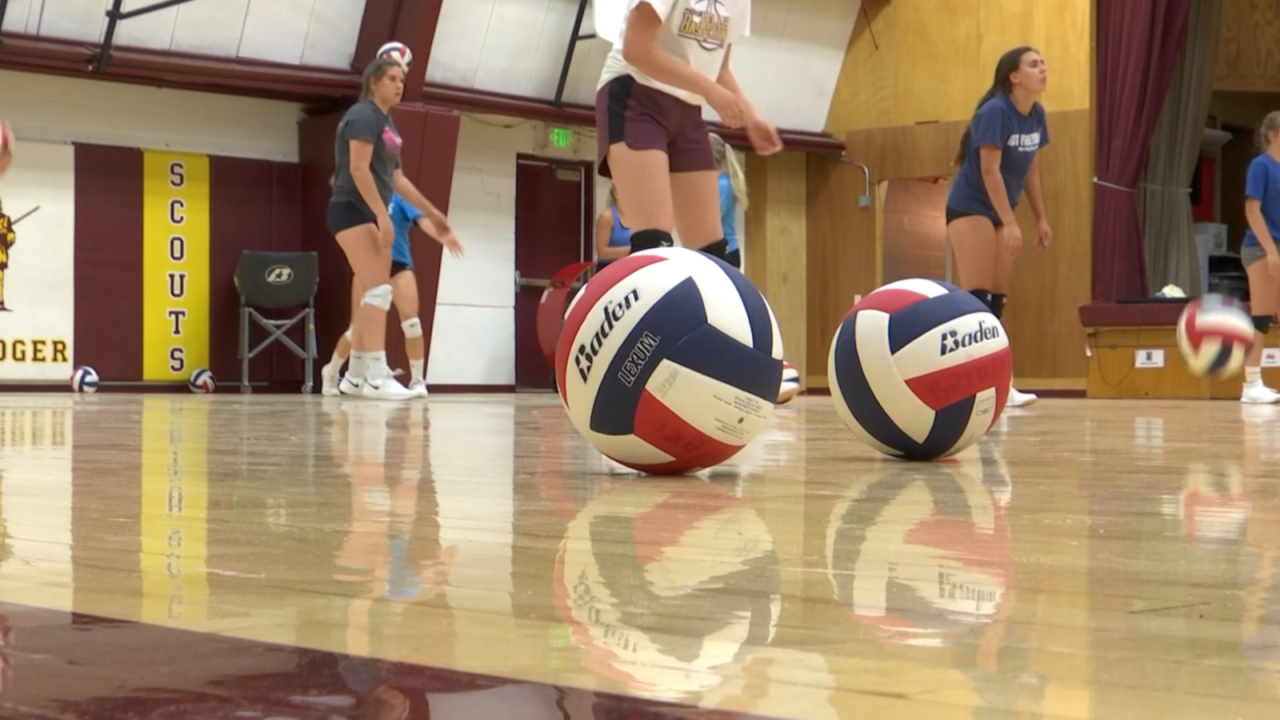 BRIDGER -- The Bridger volleyball team has seen some big changes from 2018.

Gone is Hall of Fame coach Wayne Moorman, who led the Scouts to 10 Class C state titles since 1985, and in steps Lena Kallevig. Kallevig was Moorman’s assistant on Bridger’s 2004 state title team and spent the past six seasons under Moorman.

“He’s taught me to be a lot calmer," Kallevig laughed. "I think when I first started, you’re young and dumb and take everything personally every time they lose and stuff. He’s taught me a lot about that and that they’re just little girls.”

Kallevig runs the AAU volleyball program in Bridger and has been coaching several of the girls since junior high. That familiarity has helped with the coaching transition.

“I love Mr. Moorman and his ideas and stuff, but I do have my own. They’re trying to adjust to that pretty good. I think they’re doing a good job," Kallevig said.

“Mr. Moorman is kind of laid back. In his timeouts he’ll tell us everything, so I guess Lena is just a little more vocal," senior Emily Adkins said. "When we need information she’s going to give it to us right then and there.”

Kallevig inherits a team that finished second at the State C tournament last fall and brings back four starters. It’s fair to say expectations are sky high for the Scouts.

“Most of the girls who potentially have a spot now, they were also playing last year, so I think we’re all just super, just really willing to get into the work now to get that step further," Adkins said.

“You want to try to go one step at a time. You want to win districts, then of course win divisionals and make it to state at this point," Kallevig said.