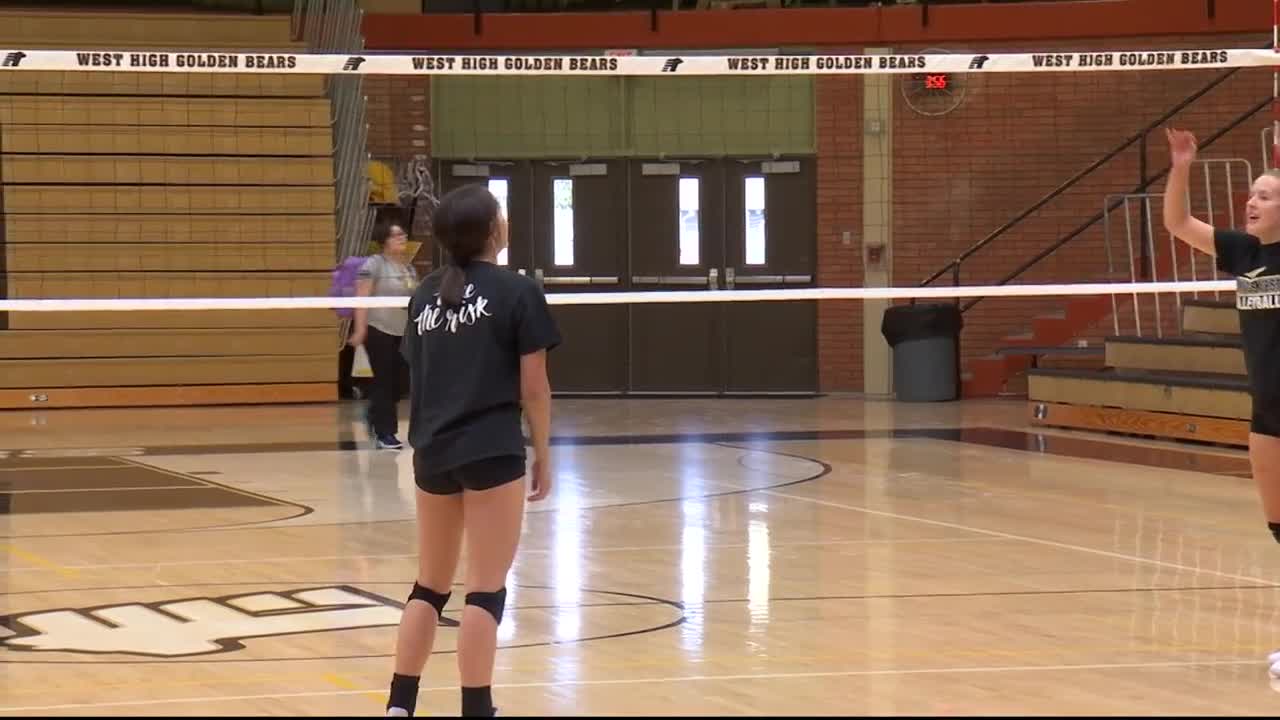 BILLINGS -- Billings West High's volleyball girls will chase a couple more conference wins this weekend at home against the Great Falls schools. But they'll also present a chance to say 'Thank you' to military veterans.

The Golden Bears (9-5 overall, 1-1 conference) are hosting Military Appreciation Night at the Golden Dome on Friday in a 7 p.m. varsity start against conference-leading Great Falls CMR (9-1, 3-0). Free admission will be granted to those presenting a military ID. All proceeds of a basket raffle and 50-50 drawing will benefit the Wounded Warrior Project.

"The best thing is, it's a way for the girls to see why they get to play volleyball," said West head coach Monica Grimsrud. "If it weren't for the sacrifices these men and women made, (the players) wouldn't get to be on this court right now. I think it's really eye-opening, really important that we recognize them and support them because of what they've gone through for us."

"It's super important just to involve the community," libero Molly Nault said. "It's just a big thing to show it's not just a team sport, it's the whole city, like we represent Billings."

"I think it's cool to be able to show the community that we want to be able to help out with things, that we really care," said outside hitter Kaitlin Grossman. "So, I just think it'll be super fun to have that night."

The freshmen A and sophomore teams tip off at 4 p.m. Freshman B and junior varsity squads play at 5:30 p.m.

Many of the Bears will play on behalf of relatives who have or currently serve our country.

"My grandparents were in the military, so that part's close to me," Grimsrud said. "But just the sacrifices that they've made, that's the biggest part. I know how huge that can be for families and for them specifically. Bringing that to their attention and getting that out to not only the crowd, the fans, but the girls, too. The girls is really important."