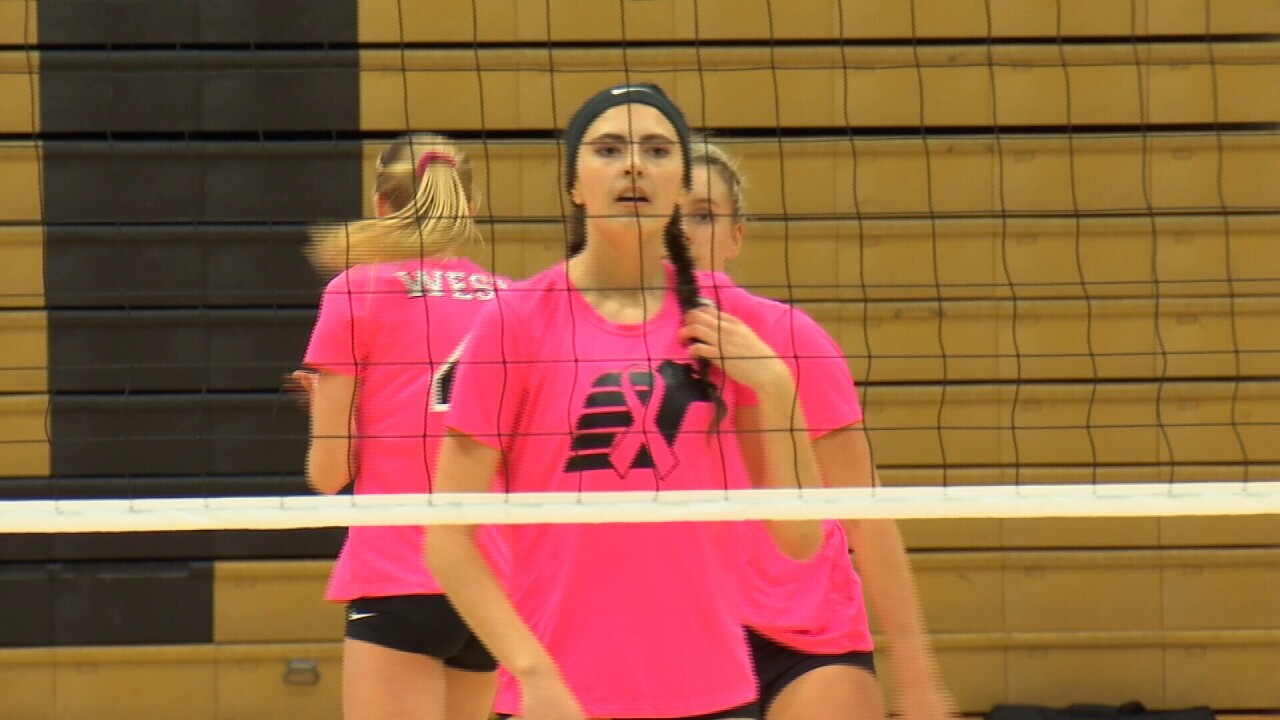 BILLINGS — The Billings West Golden Bears played like a team expecting to make noise in November Thursday night with a 3-0 sweep over rival Billings Senior in a key Eastern AA volleyball match at the Golden Dome.

Game 1 was close throughout, but West held off the Broncs 25-22 to take the lead. The Bears then put some distance between the two with a 25-17 win in the second set, before finishing off the sweep 25-23.

The win moves West into solo second place in the Eastern AA at 6-2, a half-game ahead of Bozeman. Senior hosts the Hawks Friday at 4 p.m.

Two days after participating in the annual Pack the Place in Pink Night at Billings Skyview, West held its own Pink Night to raise funds for breast cancer research.