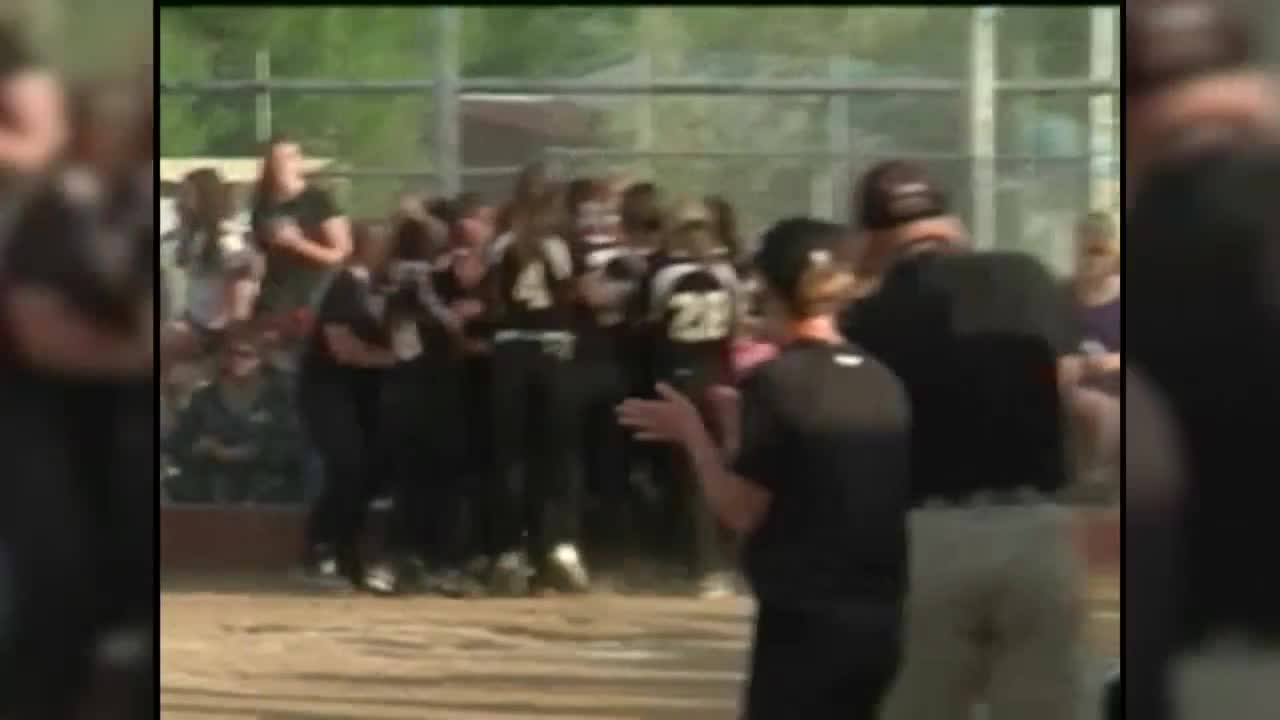 CALDWELL, Idaho — Kendyl Boltz can still remember the disappointment, even if it lasted only a fraction of a second.

“After I swung I was like, ‘Oh, oh no. We needed somebody on base,’” she said, digging six years into her memory.

In an instant, that disappointment turned to confusion, then adrenaline, and ultimately to excitement.

“I heard (former Billings West softball coach Ed Kriskovich) yelling, ‘Run!’ so I ran to first, then when I was rounding to second — I could kind of tell when I was watching the video, I could tell before every base that I looked like I was about to slide and slow down, ‘There’s no way I’m going to keep going.’ — but when I got to third, I almost slid, kind of stumbled, but got up and ran as fast as I could. It was crazy,” Boltz said.

Boltz, who is now a senior at College of Idaho, is, of course, referring to the 2014 Class AA state championship softball game where she was a 16-year-old sophomore on the verge of going viral.

Tied 2-all in the bottom of the seventh and final inning against Missoula Big Sky, Boltz stepped to the plate for her Billings West Golden Bears. With two strikes against her, Boltz swung and missed, seemingly sending her back to the dugout.

But the ball got away from Big Sky’s catcher, allowing Boltz the chance to run to first. Two throwing errors later, she was crossing home plate for the rare walk-off strikeout.

“It was almost in super speed. I obviously couldn’t see anything that was happening behind me, I was just trying to pick up Ed on the third baseline, so it felt like 0.2 seconds," she said. "But then I watch it through and there are some parts that I don’t remember about it, just because it was so crazy, it was happening so fast that I didn’t know what to think of it.”

“I’m not going to lie, I was anxious," she continued. "I knew that my running form wasn’t good because I was slowing down and trying to slide, so I was kind of iffy about watching it. But when I watched it, the only thing that really stuck out to me was at the very end when I did hit home, everybody just pouring out of the dugout and jumping around. That was probably the biggest reason why I wanted to watch it.”

Over the weekend, the play went viral. Dozens of publications and organizations shared the incredible play, including the one every athlete dreams of being featured on.

“Somebody had contacted my mom, someone from a different time zone, they contacted my mom and said, ‘Oh my gosh, we just saw your daughter was the No. 1 play on ESPN.’ So my mom and my brother recorded it, but they didn’t tell me until I woke up," said Boltz. "As soon as I woke up, my mom came in yelling, showing me the video, and I remember I went to school and my phone was blowing up the entire day.”

Friends, family, classmates and even rivals were quick to send compliments, but even strangers found themselves enjoying the moment. Case in point? Boltz participated in the Fourth of July Denver Sparkler Tournament that summer where a teammate from Texas connected the dots.

“She said, ‘I remember seeing this video of this girl from Montana, she won the state championship by a dropped third strike, walk-off home run.’ I was like, ‘Oh yeah, that was me.’ We kind of bonded over that. She asked to take a picture, and that was pretty cool," Boltz said.

Six years have passed since Boltz, who will graduate from College of Idaho in December, was a viral sensation, but that moment continues to provide joy and excitement like it was only yesterday. Besides, who else can say they were the top play on ESPN for a miraculous championship-clinching walk-off strikeout?

“This is going to be bragging rights for the rest of my life, for sure," she said. "Who else can say, in my age group or among my friends, that they’ve been the No. 1 play on ESPN? Usually you see big colleges, MLB and all the big sports on there, so it’s pretty cool that I was able to do that at 16 years old. It will be bragging rights for sure.”

Brag away, by all means.