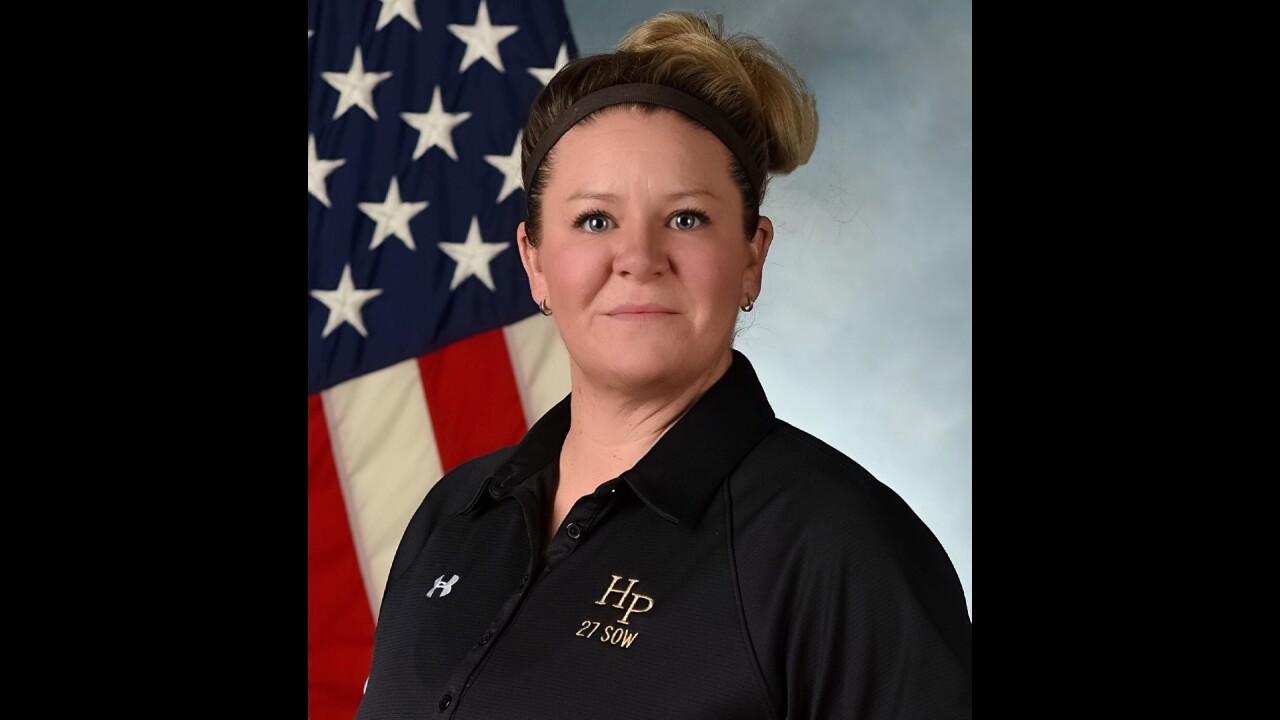 She earned 12 letters — four each in basketball, volleyball and softball — and multiple all-state accolades while setting numerous school records for the Maroons in the 1990s. According to the Montana High School Association, she scored 2,098 career points in basketball, which puts her among the best in state history.

On the softball diamond, Johnson was the starting pitcher on Butte Central’s 1997 state championship team.

“I think that was the biggest thing I took away (from high school sports), was just that hard-nosed, blue-collar work ethic, that you just don’t stop,” Johnson said. “There’s no quit.”

That attitude and tenacity has helped Johnson build an even more robust résumé in the 23 years since her high school graduation in 1997.

“What it is, there are kids that fall a little bit short academically, but, in every other realm, they’re amazing. These kids could get in anywhere they wanted to go, but you’re talking about an Academy. Academically, it’s a big deal,” Johnson explained of the prep school. “We not only prepared them academically, but athletically, as well. It did not use any of their eligibility. Then, if they did well militarily, athletically and academically, then they would go to the Academy and play for the Academy team, for the Falcons.”

Johnson’s time at the Academy was eye-opening and educational. Athletes in the military academies face rigorous schedules. According to Johnson, their days would start at 4:15 a.m. and often not end until the early hours of the next morning. Helping those sleep-deprived athletes stay motivated, prepared and ultimately successful helped prepare Johnson for her current position.

A year ago, she was hired at Cannon Air Force Base in Clovis, N.M., as the human performance advisor for special operations.

As part of the relatively new program in the Air Force, Johnson said she and a staff of three strength coaches, two physical therapists, an athletic trainer and a performance dietician “specifically train for human performance, meaning we’re trying to help our military exist longer in their positions.” They work with pilots, gunners and loaders, many of whom have suffered overuse injuries resulting in neck and lower back issues. Johnson and her team not only help the personnel recover, they work to prevent injuries to keep them in the workforce.

Her professional career has taken Johnson on interesting assignments, but the road started in southwestern Montana. Johnson fell in love with sports at a young age — “I picked up a basketball at 3 years old and never put it down,” she said — and has always been a “hard-core competitor.” Her parents were both athletes and instilled that sports passion into their children, Kellie, Rob and Carley. Rob, of course, had a six-year MLB career, predominantly with the Seattle Mariners.

Kellie Johnson played Babe Ruth Baseball in Whitehall before stepping up to softball at Butte Central. She wanted to play shortstop, but Murphy moved her to pitcher, and Johnson spent the majority of her sophomore, junior and senior seasons in the circle.

By her junior year, the Maroons were a state contender. They won a conference championship and entered the Class A state tournament as one of the favorites alongside Hamilton. Rain — and, as Johnson recalls, snow — canceled the 1996 tournaments, though. That only served as motivation for the Maroons, who came back the following year to win the first state softball championship in Butte Central.

The 1997 title was the first of three for Murphy, who coached Johnson all four years of her high school softball and basketball careers. Johnson credits Murphy and assistant softball coaches Jim Patrick and Leonard “Kike” Kougioulis with inspiring, pushing and developing her into the athlete and person she’s become.
Johnson remains “extremely close” with Murphy.

“Meg, she never let me slide. She was on me all the time and showed so much tough love as a coach,” Johnson said. “At times, you could feel yourself unravel a little bit, because it was hard to take, especially when you’re young. You’re 14, 15, 16 years old, and you’ve got somebody in your face trying to help you understand what level you can compete at and how good you are, and that’s tough to take at times. Those two things that she taught me were incredible.”

It’s those two things, specifically, that have helped Johnson continue building a résumé worthy of commendation.