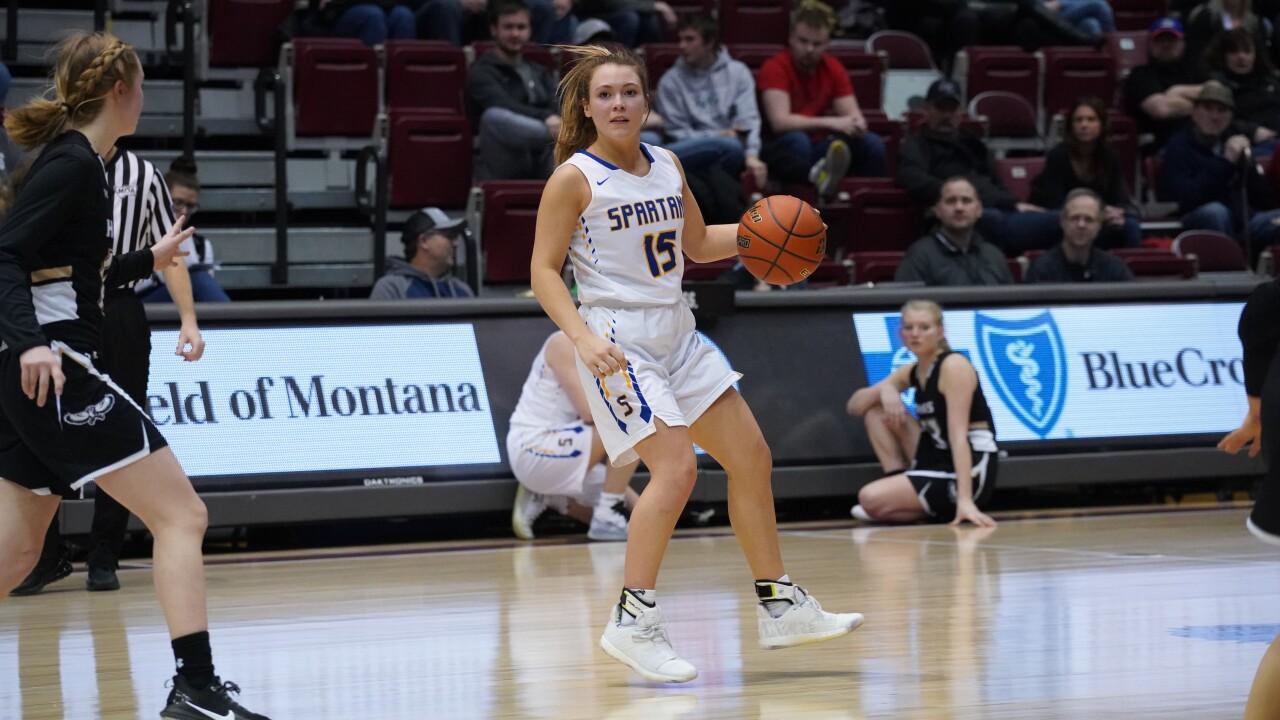 Jenna Rust had a monster double-double of 26 points and 17 rebounds, adding two steals, two assists and one recorded block shot, as the MonDak Thunder kept the 2019-20 season alive in loser-out action Friday morning.

The Thunder created separation in the second and third quarters, outscoring the Eagles 34-15 during the 16-minute span.

Elizabeth Field hit a pair of 3-pointers, scoring 14 points and snagging four steals for the Thunder. Westby-Grenora forced 30 Manhattan Christian turnovers in the win. The Eagles were 0-for-14 shooting from beyond the 3-point line.

Westby-Grenora awaits the loser between Belt and Melstone, who tip off at 7:30 p.m. in Friday's second semifinal game.

Gracee Lekvold added 13 points, five rebounds, three steals and a pair of assists, hitting three 3-pointers in the win. Elli Linder had six rebounds and four steals for the Spartans, who did just enough to pull away from the Blackhawks.

Scobey will meet either Ekalaka or Roy-Winifred on Saturday morning, with the winner advancing to the State C consolation game on Saturday at 4:30 p.m.