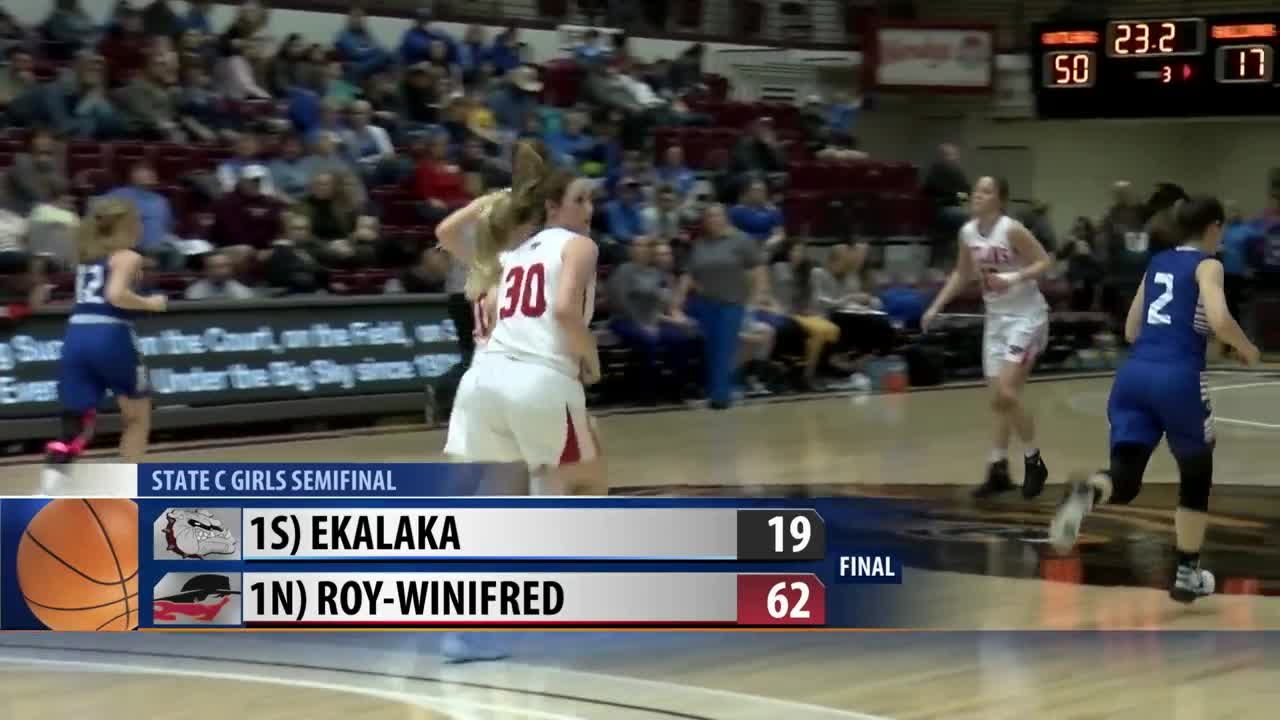 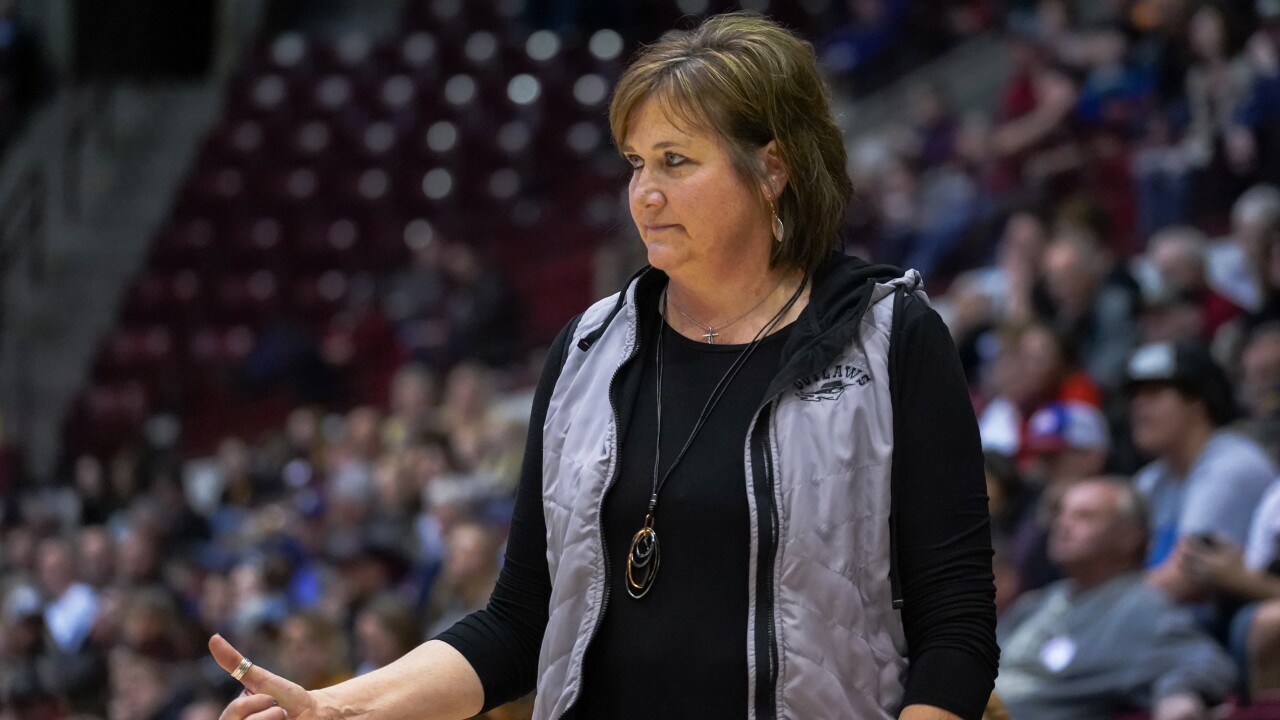 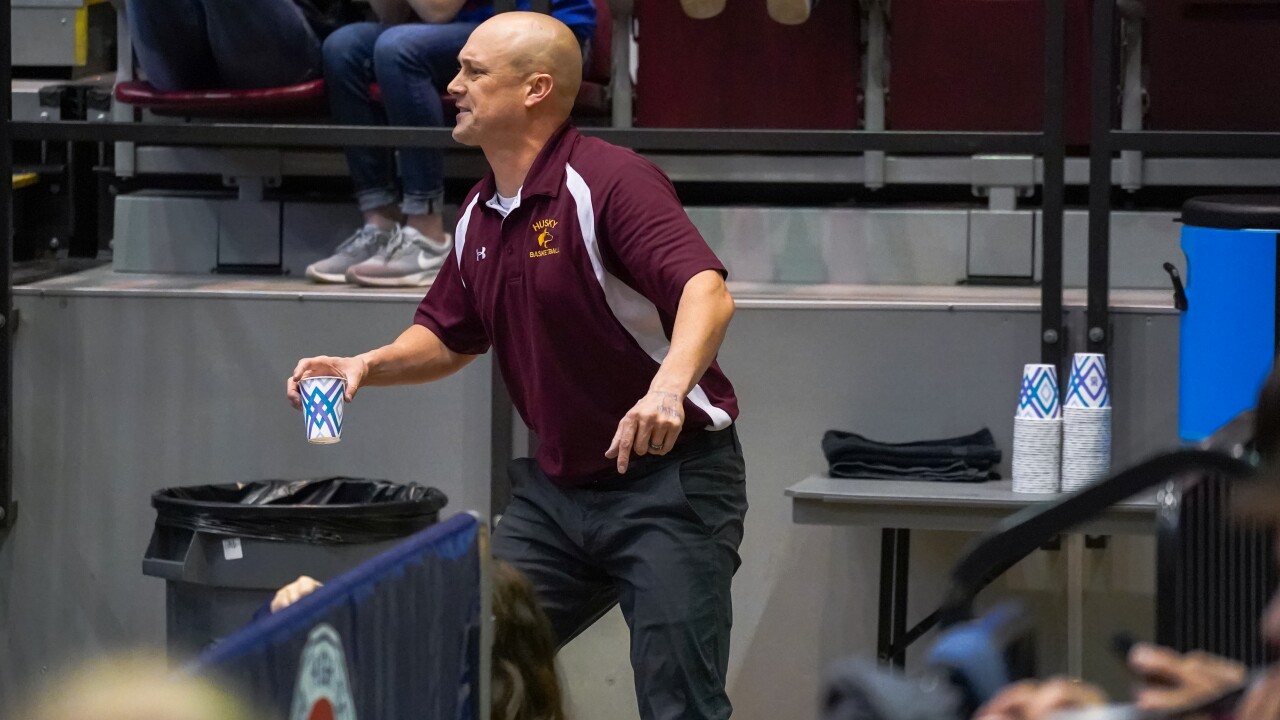 MISSOULA -- The Roy-Winfred and Belt girls basketball teams won semifinal games at the Class C state tournament Friday evening, setting up a rematch of the district and divisional championship games, but the Outlaws and Huskies were named co-champions after the tournament was canceled due to coronavirus concerns.

On a stage typically dominated by upperclassmen, Roy-Winifred relied on a pair of youngsters to advance to a high school state championship. A duo so young, in fact, they haven't even reached high school.

"We’ve been playing together since, I don’t know, kindergarten, so it’s been a lot of fun. It felt good," said Elness. "I was just on a roll, I don’t know."

Elness wasted little time letting her presence in the biggest game of her prep career be felt, scoring a game-high 18 points on 7-of-12 shooting, including a 3-for-5 mark from the 3-point line. She also added two assists and a steal off the bench.

Heggem was equally impressive, using her size, all 6 feet, 2 inches, to bully the Bulldog defenders in the post. She finished with 11 points and seven rebounds, while stealing the ball twice and blocking one shot.

"I think it was mostly the height, honestly, because there weren’t many tall girls on (Ekalaka), but we shot some good outside shots, too, so that helped," said Heggem. "We did a lot of post partner, inside out, we didn’t miss very much on the outside either."

Roy-Winfred connected on six 3-pointers, but rarely needed to look outside the paint with three girls -- Heggem, Madeline Heggem and Dyauni Boyce -- measuring over 5-foot-11. Boyce had 11 points and eight rebounds, while Madeline Heggem contributed six pionts and a pair of rebounds.

The size advantage was on full display early, as the Outlaws dumped the ball into the post in the first half. Boyce had seven points and Isabelle Heggem five, forcing Ekalaka's defense to crash into the middle, leading to wide-open looks for Elness, who finished with 14 points in the first 16 minutes.

"We were working in practice on a new offense and I don’t know, we just have some tall girls so we used it to our advantage. We knew that they would crash on the inside, so we were ready to shoot on the outside if they kicked it," she said.

The Outlaws outscored the Bulldogs 19-3 in the second quarter, building a 33-11 lead at halftime. Ekalaka made only eight field goals in the game, four in each half, and only three players -- LaBree sisters Heather, Hannah and Heidi -- scored in the contest.

Prior to the tournament cancellation, Roy-Winfred was slated to appear in its second consecutive State C championship game. Elness and Heggem remember last year's title tilt, a 48-42 loss to Box Elder, quite well.

"I was a manager last year, and I was freaking out, jumping in the air, wanting to be on the court," Elness recalled of watching the loss to the Bears a year ago. "I was really excited for this upcoming year and wanting to play with all the girls. I thank my teammates because they made me better every day in practice."

"I was a manager too. I remember thinking it was the longest season last year because I didn’t get to play, that was pretty boring. It was fun to be there last year, but it’s 10 times better this year since I finally get to play," added Heggem.

Eight Belt seniors suited up for the final time Friday evening, unknowingly, but the Huskies made their final high school game a memorable one, storming past Melstone 46-26 in the Class C semifinals.

The final game of the shortened Class C tournament, Belt and Melstone were the final piece to state-championship Saturday's puzzle, with only one team earning the opportunity. And after a two-year hiatus from the state tournament, Belt proved once again it belongs in the conversation of Montana's basketball dynasties.

Four Huskies -- Brooke Schraner, Kolby Pimperton, Shelby Paulson and Lindsey Paulson -- scored in double figures, with Schraner's 11 points leading the charge, as Belt advanced to the State C championship for the seventh time in 12 years. The Huskies have won five state championships, including three straight from 2012-14 and consecutive titles in 2016 and 2017.

Despite an off shooting night -- Belt was 15-for-42 shooting -- the Huskies were in complete control throughout Friday's finale. Belt led 15-5 after the first quarter and flustered Melstone's offense with its high-pressure defense. The Broncs were 4-for-17 shooting from beyond the 3-point line and 11 of 33 overall.

Draya Wacker's eight points and seven rebounds led Melstone, which was set to play in the loser-out bracket for a chance at the third-place trophy.