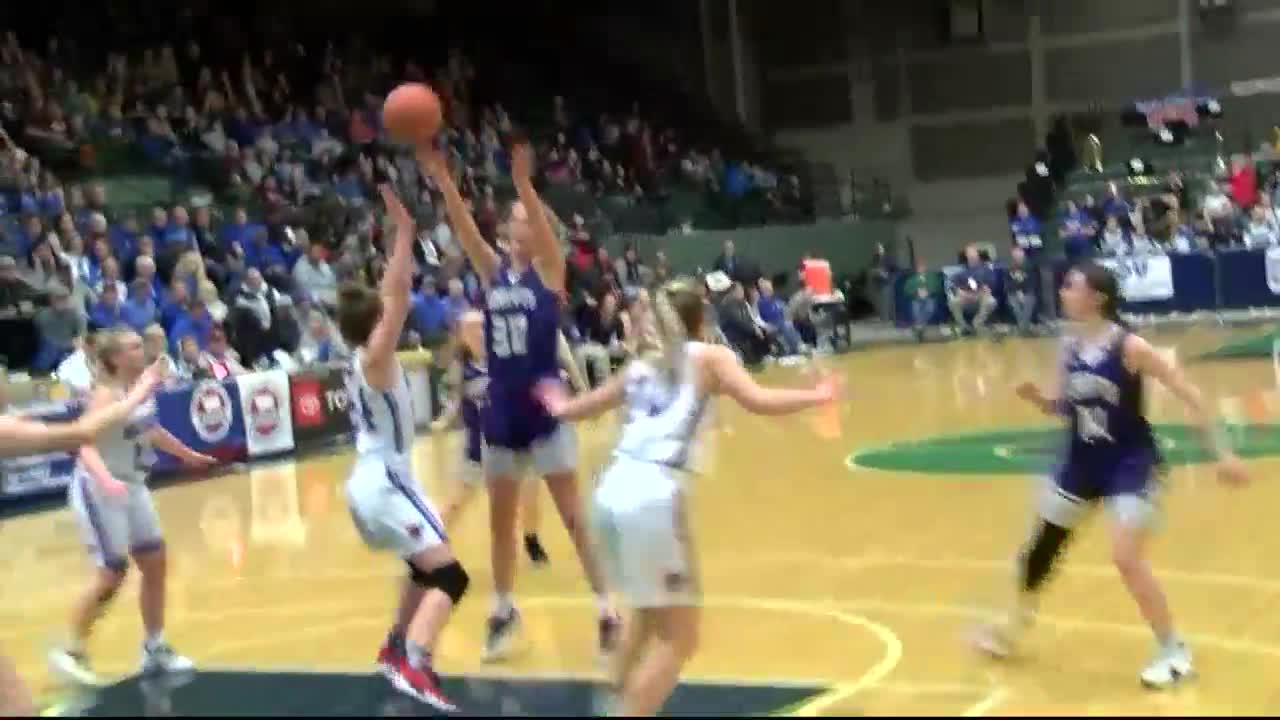 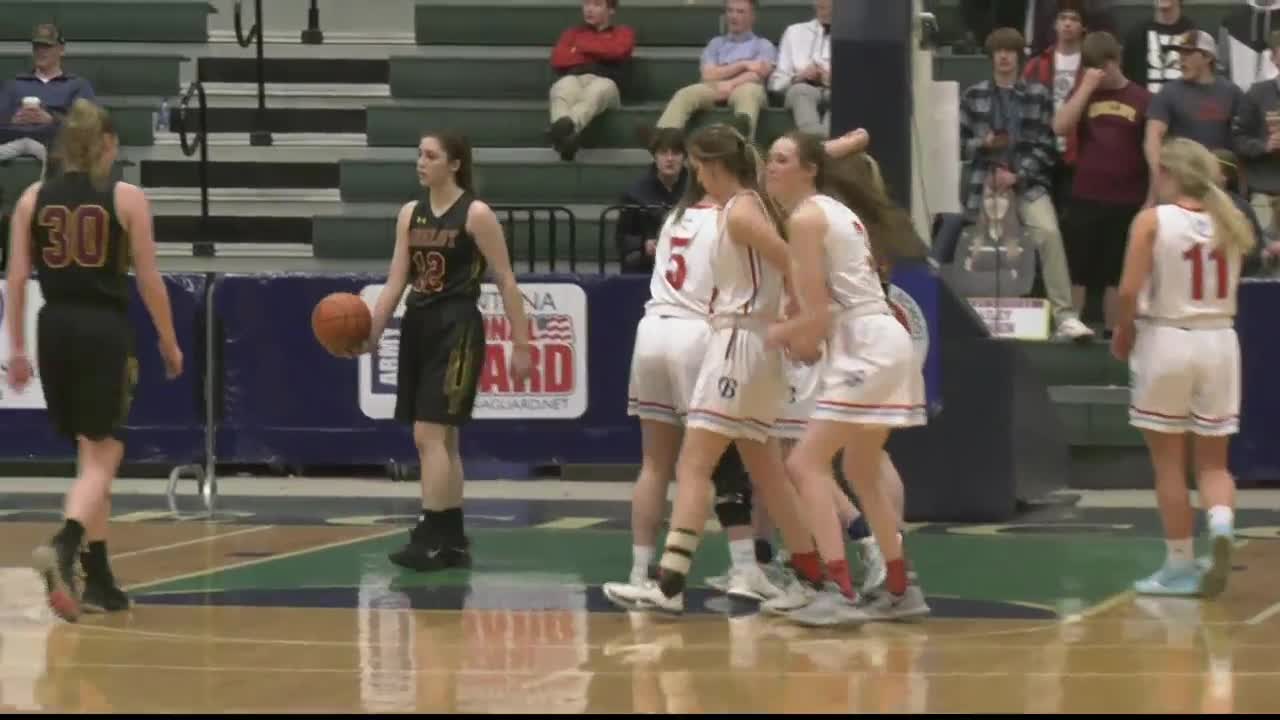 BUTTE -- Forsyth head coach Rian Pinkerton said Thursday that the Dogies had a lot more to give Southern B champion Big Timber.

The Dogies certainly did. Forsyth avenged its loss last weekend to Big Timber in the Southern B semifinals with a 46-30 win over the Sheepherders in the semifinals of the State B girls basketball tournament inside the Butte Civic Center.

It will be Forsyth's first appearance in the title game in program history.

"Honestly, it's crazy. As little girls we dreamed of doing this. It's never been done in Forsyth. This has been our goal since the beginning of the year." Forsyth junior Lindsey Hein said. "We wanted it pretty bad. It was no fun losing in the divisional semis."

"We came out in the defense that we wanted to come out in. ... Big Timber is a good team. A team that we really have to respect, and they're well-coached," Forsyth head coach Rian Pinkerton said.

Big Timber scored the game's opening bucket, but Forsyth scored the final 10 points of the first quarter, seven of those coming from the 6-foot-6 junior Hein. Forsyth's run continued in the second quarter, as the Dogies' lead grew to 17-2 before Big Timber could blink.

The Herders made just 2 of 22 field goal attempts in the first half, allowing Forsyth to set its defense and force Big Timber to have to grind for every bucket. Taking Big Timber star freshman Bailey Finn out of the game was key for Forsyth, as she lit the Dogies up in last weekend's semifinals for 26 points and five 3-pointers.

Finn finished with just six points on 2 of 8 shooting.

"This morning at shoot-around we really focused on that. Last week (Finn) killed us, she had five 3s. We just knew that we couldn't let her get the ball," Hein said.

Hein led Forsyth with 24 points on 10-of-15 shooting. She also pulled down seven rebounds. Roxanne Keefer had nine points and 10 rebounds and Jordan Cookman had seven points and 12 rebounds for the Dogies.

"Loyola is a very good team and very well-coached," Pinkerton said. "We played Loyola at state last year in a consolation game on Saturday morning and they beat us by 10 or 11 points and shot like 62 percent, so we know what happens if we don't come out ready to play."

The Breakers hit four first-quarter 3-pointers en route to building an 18-point halftime lead over Shelby in the State B girls semifinals inside the Butte Civic Center. Loyola cruised into the title game with a 46-21 win over the Coyotes.

"We thought that we might get some good looks, and we had a lot of good looks. Fortunately we knocked a few of them down," Loyola head coach Travis Walker said.

"It's unreal," Loyola's Syd Koppang said. "We've been waiting all year for this moment. We've had a few ups and downs, but it led us here and we're so excited for it. I think we had all the confidence in the world (Friday)."

Before Shelby could blink, Loyola had knocked down three 3-point attempts and built a double-digit lead. A Syd Koppang triple at the first-quarter horn gave the Breakers a 14-3 lead and all the momentum in the building.

As hot as the Loyola offense was early on, the defense was just as blistering. Loyola forced 13 turnovers in the first half and held Shelby to just 2-of-20 shooting. Shelby didn't make its first field goal until the second quarter.

"If we could do a good job on them defensively we would have a decent shot," Walker said. "I think it definitely helps. It picks up the energy, the flow of the game a little bit. It lets us get into things that we want to do out there and lets us get organized, either off a two, a three or a free throw. They did a great job of making shots and getting back. They might not have forced turnovers every time, but that non-stop pressure, I think that wears on people as the game goes, as it should."

"It helps so much. When we make a shot, our main goal is to get a steal, get another shot, make it and repeat, repeat. That's what we did (Friday)," Koppang said.

Loyola sprinted out of the halftime gates, too, building a 37-13 lead midway through the third quarter before Shelby cut back in.

Koppang led Loyola with 15 points, including shooting 4 of 8 from beyond the arc. Loyola hit seven 3s as a team and made 39.1 percent of its shots, compared to Shelby's 17.6 percent field goal shooting.

Missoula Loyola will meet the winner of the final girls semifinal between Southern B foes Big Timber and Forsyth.

"We're going to watch this game and enjoy watching this, these two amazing teams. Then we'll try to put a plan together to see what we can do to try to slow one of these teams down. I don't know about that, we'll see," Walker said.

Loyola's last appearance in the State B championship game was in 2006. Loyola beat Baker 74-48.