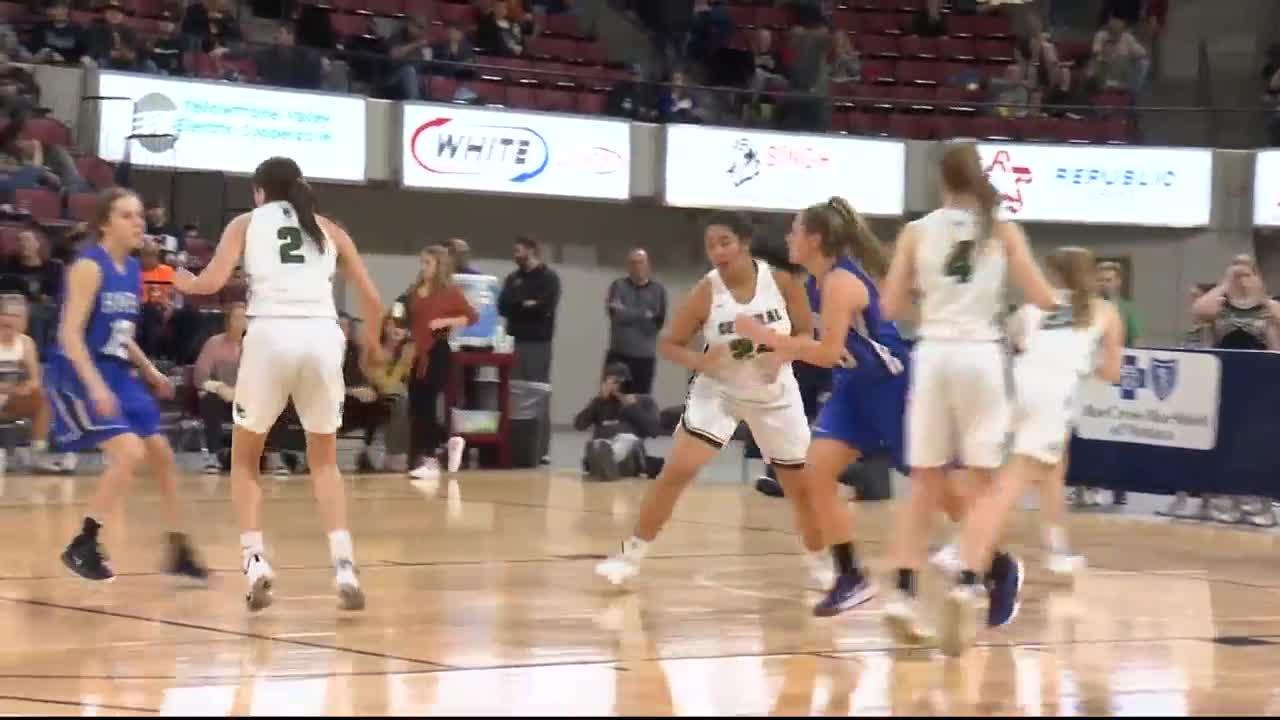 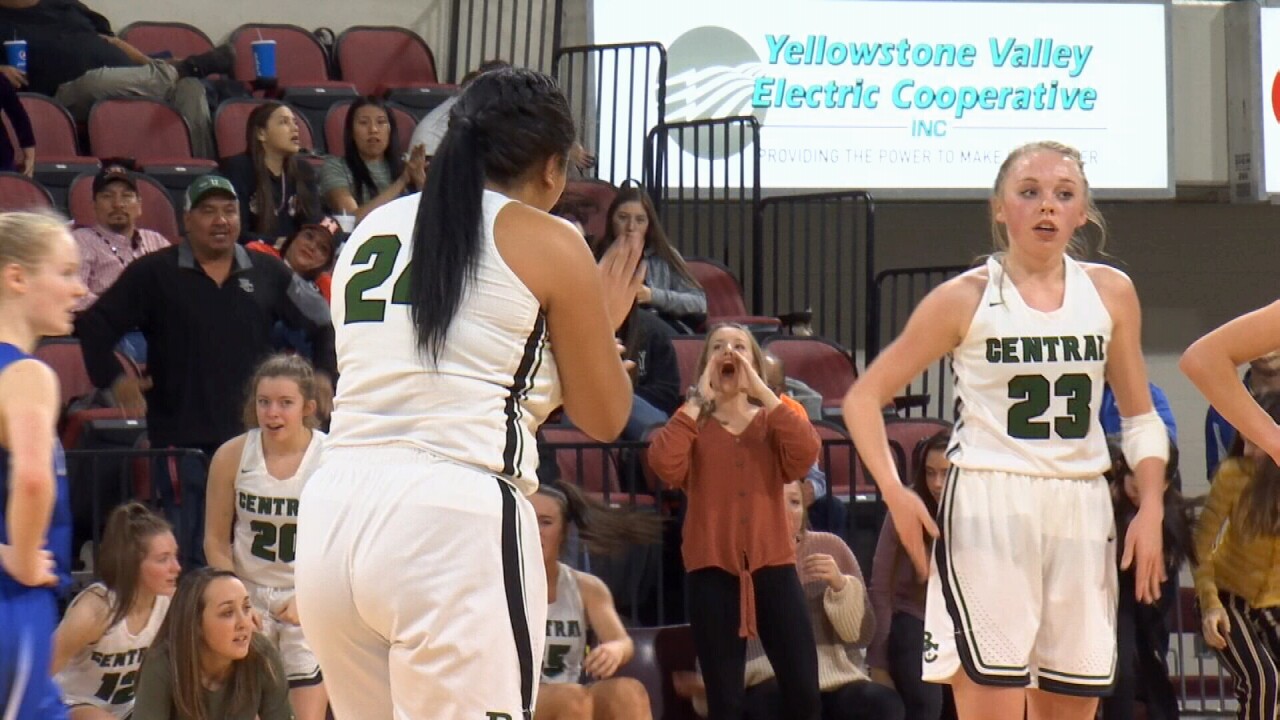 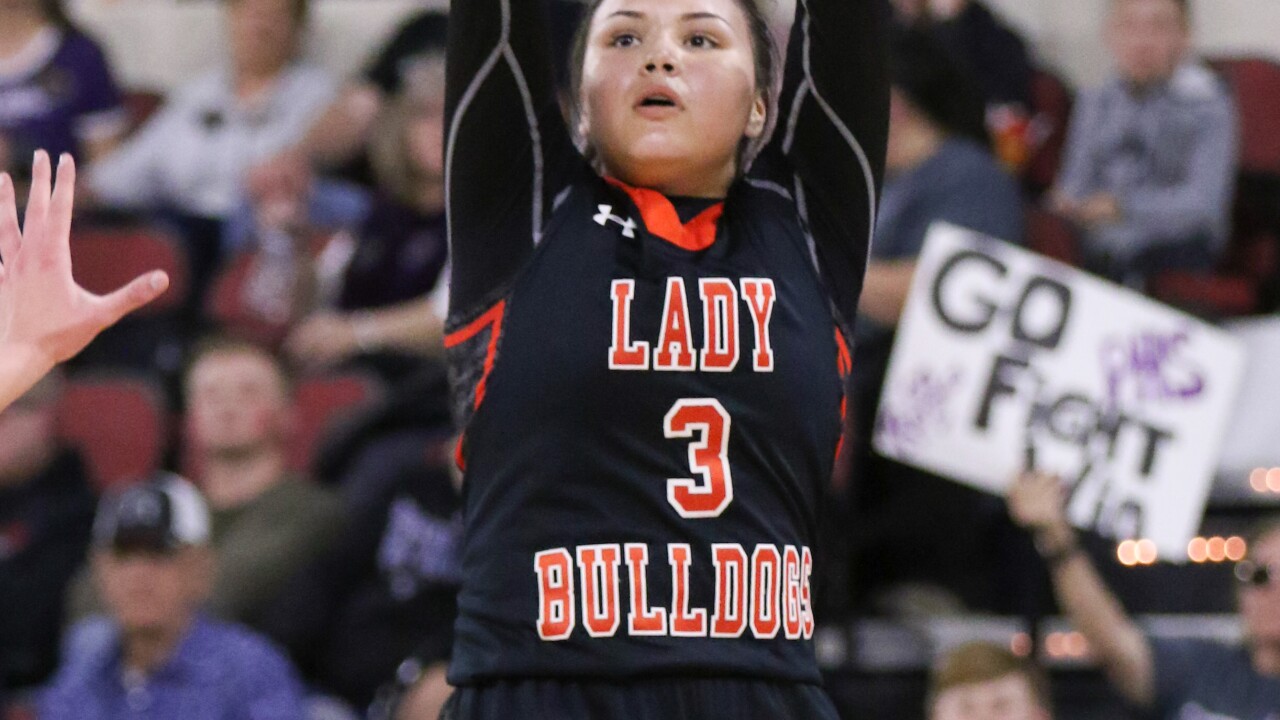 BILLINGS — The Billings Central Rams and Hardin Bulldogs were the two best teams in Class A all year. Now, the two will share the State A title after winning semifinals Friday night.

Central used a big 2nd half run to overtake two-time defending State A champion Havre 50-43 in the first semifinal of the night at First Interstate Arena.

It's the third time Central has beaten Havre in as many tries this season, including an overtime win at the Eastern A divisional two weeks ago.

The teams traded the lead for most of the first half, with Havre scoring the final two baskets to take a 20-17 advantage at the break. But Havre went cold from the field in the second half, failing to convert a field goal attempt for the first 13:25.

A late 3rd quarter three from Mya Hansen gave Central a 26-25 lead going into the 4th. The Rams extended that to 39-28 and made enough free throws down the stretch to secure the win.

Hansen led everyone with 22 points, including going 13-16 from the FT line, many in the final 2:30. Senior Olivia Moten-Schell added nine points and 10 rebounds.

Keller led Havre with 18 points, though she shot just 7-19 from the field.

Hardin controlled play from the opening tip, taking a 19-9 lead after the 1st quarter and a 33-18 lead at halftime on their way to a 64-40 win in the final game of the State A tournament.

An announcement that the rest of Montana's high school state basketball tournaments will be canceled was made shortly before tip-off. Billings Central and Hardin will be named co-champions.