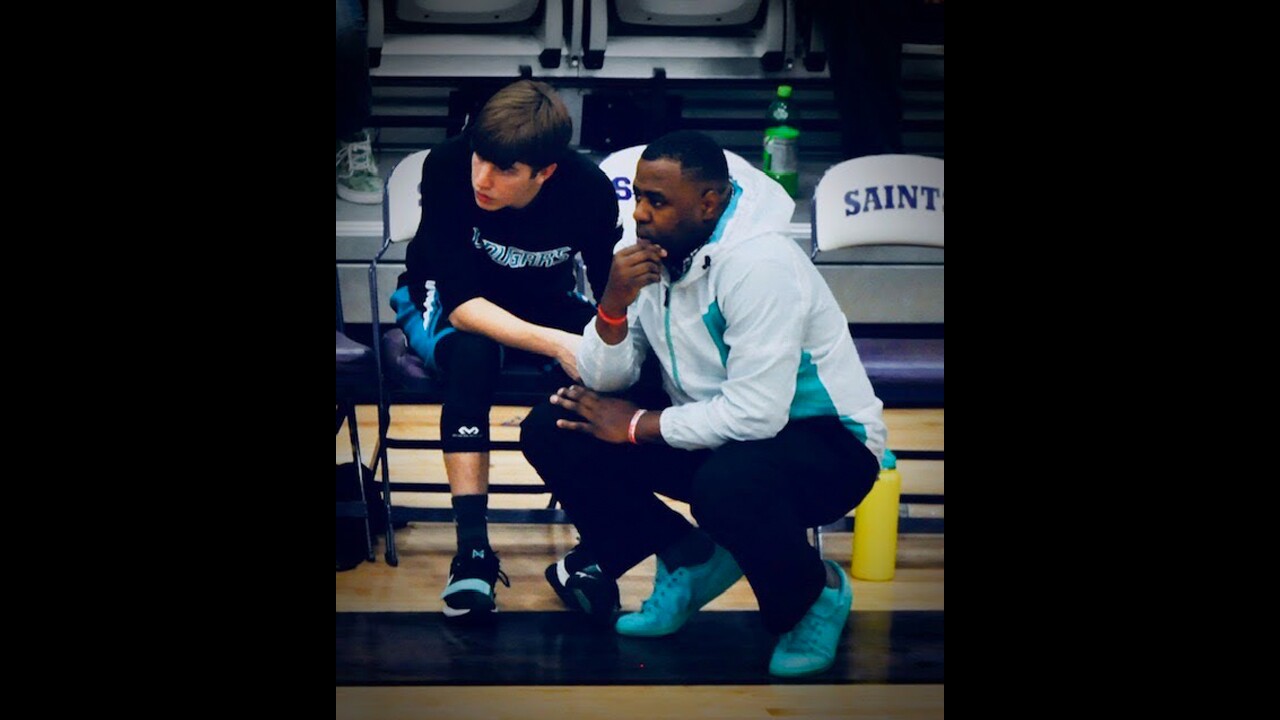 Mecklen Davis often wakes up to early morning text messages from his dad.

Gary Davis, a former NFL running back, still runs five or six miles every morning, according to his son. That same dedication, passion and work ethic passed from father to son, and now Mecklen Davis is passing it to the next generations.

Mecklen Davis has spent the past eight years coaching the Gallatin Valley Homeschool boys basketball team — including the past seven as head coach when he compiled a 93-22 record — while also coaching and training athletes at G.O. Hoops in Bozeman. Next winter, he’ll get to work with athletes and test wits with coaches at a new level as he takes over the girls basketball program at Whitehall High School.

“Being presented this job and being able to be a part of the Whitehall community, a community I’ve kind of worked with already through other basketball endeavors, was just a blessing from God,” Mecklen Davis said.

According to him, it’s been a long time coming. Mecklen Davis can still remember placing crates on the lawn at his preschool to shoot hoops. He must have been 4 or 5 years old when he first fell in love with sports.

Growing up in a household with a professional athlete — Gary Davis also had opportunities to play professional baseball — Mecklen and his brother OrShea were coached from young ages. It was often baseball, but Mecklen ultimately chose the basketball route. He was a two-time Tribune County player of the year at Atascadero High School in California, located about halfway between Los Angeles and San Francisco.

After starting his college career at Cuesta Junior College in San Luis Obispo, Calif., Davis was recruited by Danny Sprinkle to finish out his playing days at Montana State University. Sprinkle, now the Bobcats’ head coach, was then an assistant on coach Brad Huse’s staff. Davis averaged 7.8 points and 3.0 rebounds per game as a junior in 2006-07 and 7.9 points and 3.5 rebounds per game as a senior in 2007-08.

Davis ultimately graduated with a degree in sociology from MSU. Shortly after college, his daughter, Jada, was born, and they’ve been in Bozeman ever since.

“It’s been a blessing, because I think the biggest thing is, when you’re a parent, you want your kid to want to be good at something — whether it’s art, music, whatever — and you want them to have a passion for something. To see her have a passion, not just for life, but for the game of basketball is awesome,” Mecklen Davis said.

Jada is developing into a fine basketball player herself, and her dad hopes to have the same type of impact on the Whitehall girls. Mecklen Davis has coached and trained two of his future players, Brynna Wolfe and Jada Clarkson. Wolfe earned all-state recognition last year and Clarkson was a District 5B all-conference choice. The Trojans advanced to Saturday morning play at the Southern B divisional tournament under then-coach Kelly Nieskens.

“They’re already a winning program,” said Davis, noting he wants a disciplined and strong defensive team but will be flexible in his system. “It’s really going to be trying to apply that perfectionist-type attitude that you kind of need in order to win a championship,”

That’s an attitude Davis learned at a young age. While his mother, a counselor at Cal Poly, kept Davis on the straight path academically, he trained with his father in the sports arena. They would wake up early to follow rigorous workout routines to hone Mecklen’s skills — whether it was baseball, basketball or football.

“Being able to take that same work ethic, that same passion that he had for all sports and just working hard and being dedicated to a team has kind of been my philosophies that I’ve instilled in my teams,” Davis said.