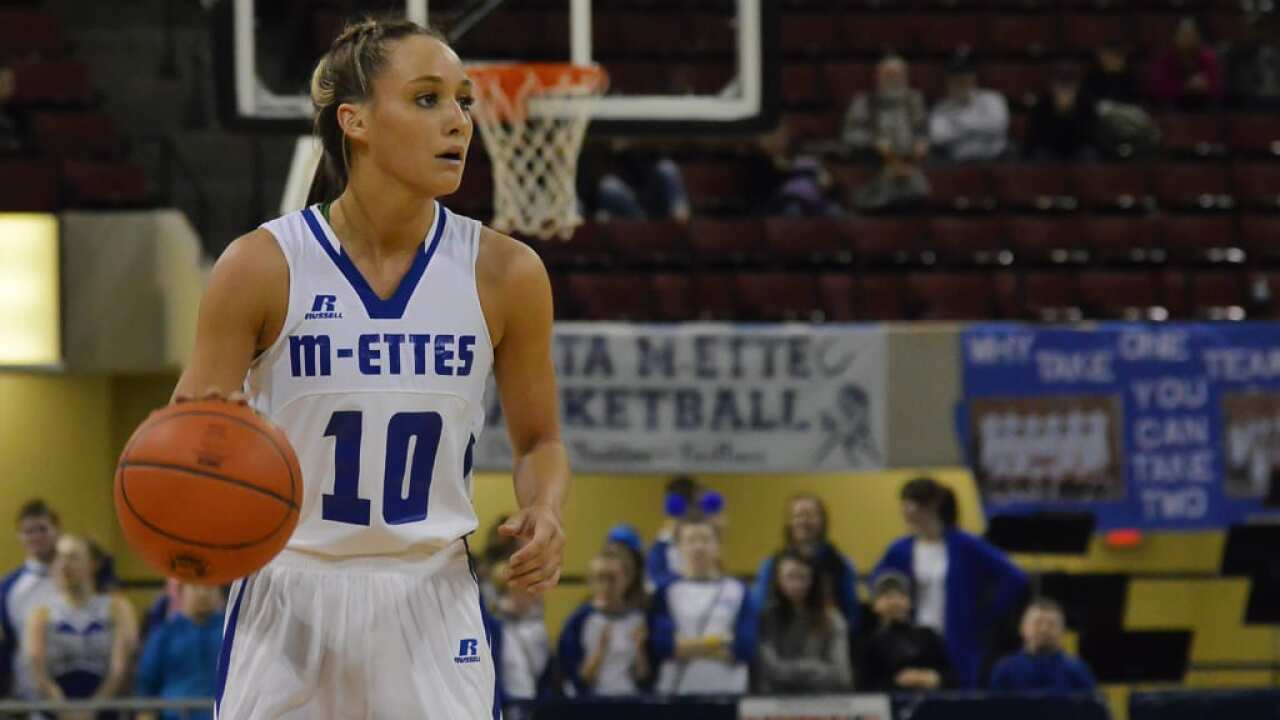 If the #MTTop50 was a daunting task, the #MTTop25 was even more challenging. Montana has produced so many great female basketball players over the years, including a number of NCAA Division I talents as well as a few players who got WNBA opportunities. The #MTTop25 served as an opportunity to reminisce on the playing days of some of Montana's greats while also honoring some of the trailblazers.

Now, we know we made some errors in the original series, ranking athletes too high or too low or altogether omitting some players. Cass Bauer's ranking was probably our most egregious mistake, but we're not here to rewrite history, so she'll stay at No. 12. However, these rankings aren't meant to be definitive. The aim is to recognize some of Montana's great players, regardless of where they're slotted in the #MTTop25. Hopefully the series sparks memories and conversations about the Treasure State's girls basketball history.

(Editor's note: MTN Sports launched the #MTTop25 in 2017 to profile some of the great girls basketball players in Montana history. This was the first story of the series, originally published on July 7, 2017.)

Who is the best female basketball player ever to play in Montana?

OK, so most people don’t think there’s much of an argument for No. 1. But who rounds out the top five, 10 or 25? Over the next five weeks, MTN Sports is going to take a look at 25 of the best girls and women who ever played in Montana. We’ll start with No. 25 on Monday, July 10 and profile one athlete per day (Monday through Friday) until revealing No. 1 on Aug. 11.

Every Friday during that span – actually starting now – we’ll also look at some of the honorable mentions or ‘all-decade teams.’

This isn’t the first time the MTN Sports team has attempted to rank athletes in a specific sport. Last summer, we profiled the 50 best boys basketball players in the #MTTop50. Last winter, we looked at 20 of the best wrestlers in the #MTTop20.

Naturally, the list of 25 of the best girls basketball players will be called the #MTTop25. Use that hashtag to join the conversation on Twitter and submit some of your nominees. There really is no criteria other than this: The athletes must have played their high school basketball in Montana.

Without further ado, let’s start the series looking at some of the best players from the current decade with athletes who graduated from a Montana high school from 2010 to present. (Note: Athletes in the Top 25 countdown will not be featured on the all-decade teams.)

Cole was a sweet-shooting guard at Bozeman, where she was a two-time all-state selection and helped the Hawks to the Class AA state championship in 2010. She then moved to Missoula for a nice college career with the Montana Lady Grizzlies. Cole played in a program-record 130 games from 2011-2015, scoring a total of 1,291 points, good enough for 12th on the program’s career scoring list. Cole was a two-time first-team all-conference selection and shared Big Sky Conference MVP honors in 2014-15.

Roberts, a versatile forward, helped lead Sentinel to three consecutive Class AA state championships in 2012, 2013 and 2014. She’s spent the past three seasons playing at Wyoming, appearing in 27 games as a freshman before breaking into the starting lineup as a sophomore for the 2015-16 season. Roberts led the Cowgirls in scoring last season at 15.6 points per game, but a torn ACL ended her season early.

(UPDATE: Roberts finished her Wyoming career with 1,201 points and 597 rebounds, both of which rank in the top 20 all-time at Wyoming. She was the Mountain West Conference player of the year in 2017-18 when she averaged 14.4 points and 5.8 rebounds per game.)

Snelling was one of the most prolific scorers in Montana history while playing at Harlowton, ranking in the top 10 in points scored according to the Montana High School Association record books. The Engineers went 99-7 during her four-year career when she made a state-record 295 3-pointers. Snelling played collegiately at Carroll College, scoring more than 1,000 career points for the Saints.

Stiles, a lanky 5-foot-9 guard, terrorized Class B opponents all four years of her high school career at Malta and won the state’s Gatorade player of the year honor her junior and senior seasons. Stiles and the M-Ettes appeared in the Class B championship all four years, claiming the titles in her sophomore and junior seasons. She averaged 21.8 points, 6.6 rebounds, 5.7 assists and 4.3 steals per game as a senior and will join the Montana Lady Griz in the fall.

(UPDATE: Stiles played in 22 of UM's 31 games as a true freshman in 2017-18, averaging 7.5 points and 3.5 rebounds per game. A knee injury cut her freshman season short and forced her to redshirt the following year, but she returned to start 29 games last year. Stiles averaged 5.5 points and 3.3 rebounds per game in 2019-20 while also leading the team with 46 steals and ranking second in with 61 assists.)

Tinkle was a three-time all-state selection at Missoula Big Sky, averaging 16.9 points and 10.2 rebounds per game as a senior. In college, Tinkle played in five seasons at Gonzaga (gaining a medical redshirt after suffering an injury midway through her senior season), starting the majority of the Bulldogs’ games in 2014-15 and 2016-17. She played in 143 games during her career, becoming the program’s all-time leader in wins (113) and totaling 930 points, 532 rebounds and 188 steals.