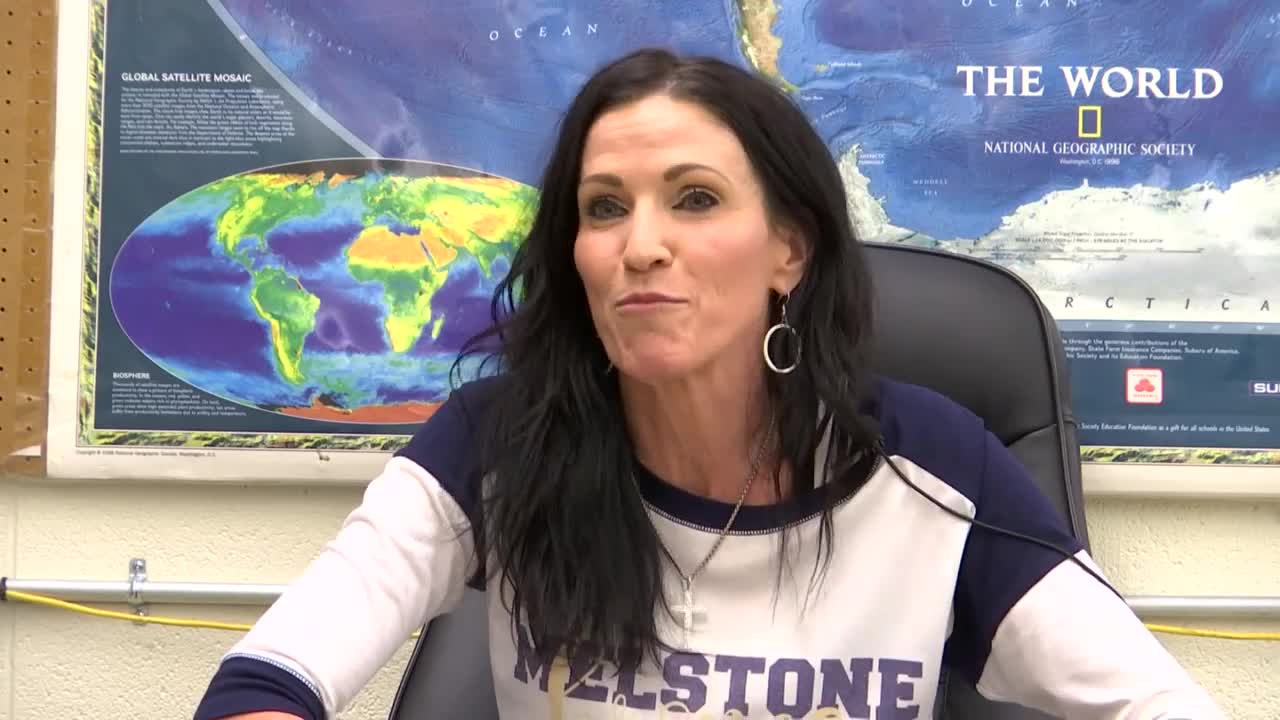 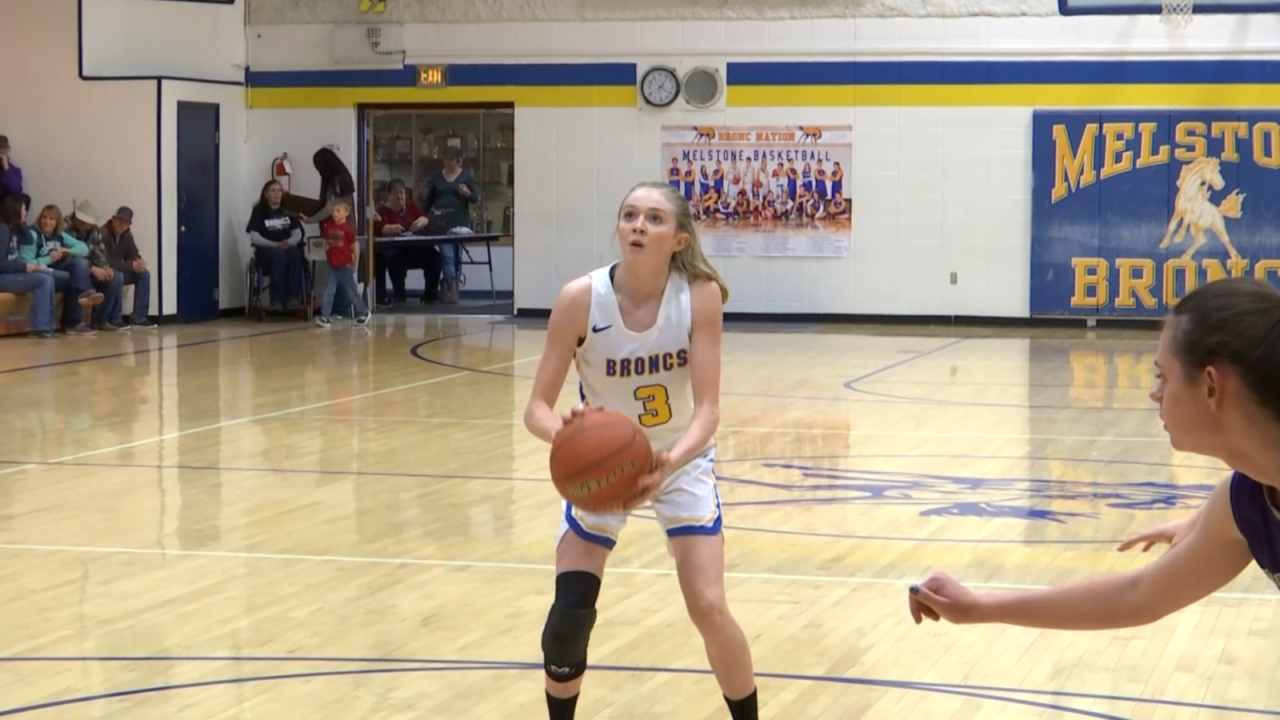 MELSTONE -- Melstone sophomore Draya Wacker has spent nearly her entire life with a basketball in her hands.

Growing up, Wacker was the star of Melstone’s halftime shows, dazzling crowds with her ball-handling ability. Now, she’s one of the best ball-handlers in the state, male or female, and it’s not by accident.

“She would find stuff on the internet and then she would either set up cones or chairs or whatever. We didn’t have a paved road into our house, so we literally had probably a 20-foot sidewalk, and that’s where she would practice," said Draya's mom, Tamaira. "She wanted to be able to do crossovers, dribble behind her back and between her legs. It’s effective in the game. It’s not necessarily about showboating or anything like that, just being able to get herself open to be able to shoot or make that pass.”

“My siblings, I played a lot with them. My older sister was always in the gym a lot in high school. I was always with her, always manager," Draya said. "Anything they were doing, I would try. I was a big YouTuber. I would look up everything on YouTube and try all that, and it just got really fun from there.”

Wacker has a complete offensive arsenal. Hours of time in the gym and watching various basketball games allowed her to unlock her potential, as well as give her players to study.

"Draya and (siblings) Brielle and Brayden would come in. On every Sunday they would be here after church," Tamaira Wacker said. "They’d shoot. They’d play one-on-one, even though Draya was little, she was just so fast. Trying all of her latest and greatest moves that she’d learned from watching hours and hours of NBA and college basketball. She’s just a fan.”

“Steph Curry. But now my new guy is kind of Trae Young," Draya said of players she emulates. "I like that guy a lot. His ball-handling, his shooting, he’s flashy. I like that kind of plays.”

Wacker’s offensive exploits have been on display all season, as she surpassed the 1,000-point mark for her career back on Jan. 3 and led the Broncs to the District 4C title this past weekend by pouring in 44 points in the championship game against Ekalaka. Playing varsity minutes as an eighth grader and struggling against more physically mature competition prepared Wacker for moments like that.

“Eighth-grade practice and playing with all the junior high kids and then coming to varsity, it was a little different. My mom was my coach in eighth grade, so she was pretty hard on me, too, but I was like, ‘Whoa.’ We played a tough team. I’ve grown up a lot emotionally since then, let’s just say that," Draya said.

Wacker and the Melstone girls are now on the verge of making their first state tournament since 1977. Boys basketball teams have been strong in Melstone for several years, and it appears the girls are starting to turn a corner that could lead to more success down the road.

“As Draya has gotten better, the rest of our team has gotten better as individuals," Melstone head coach Ole Eike said. "I think they really are truly starting to believe in each other as a team, and not just Draya. We know Draya’s great, but our team’s pretty good, too.”

The Broncs will open the Southern C divisional tournament on Wednesday, March 4 at 2:30 p.m. against Roberts, the No. 4 seed out of District 6C.