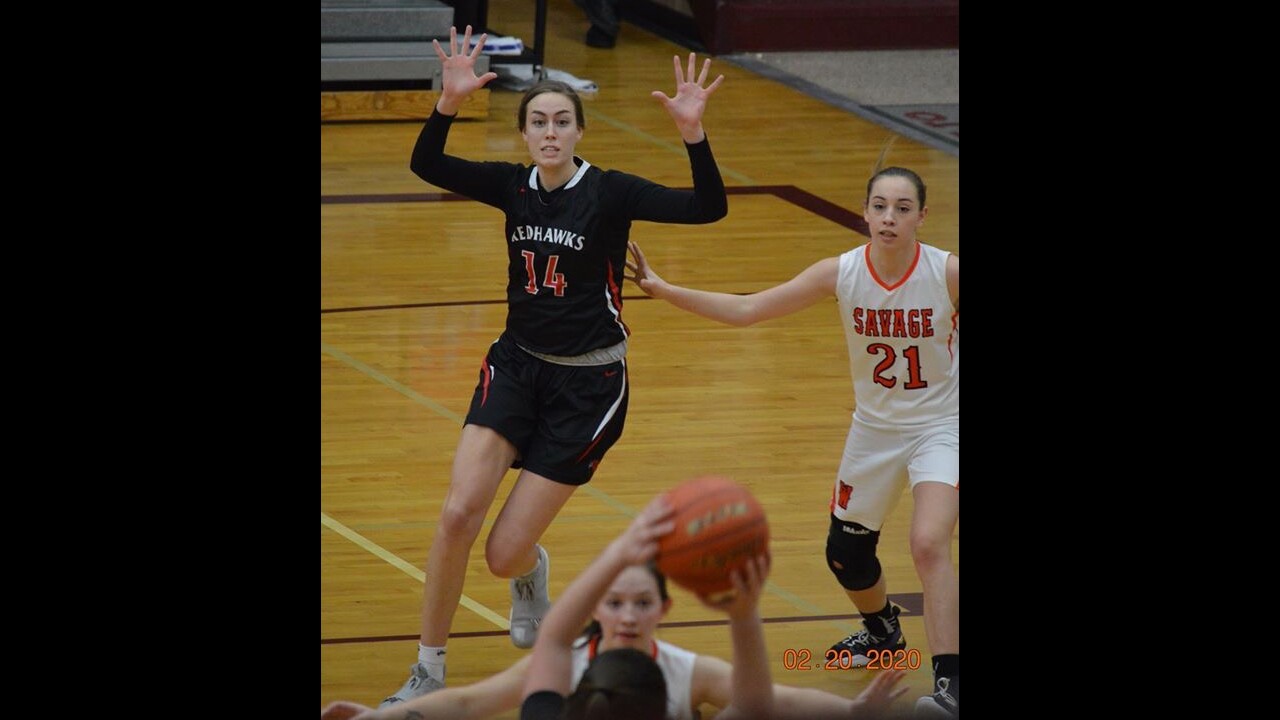 A 6-foot-3 junior at Froid High School, Dethman recently announced her commitment to play college basketball at Fresno State University. She hasn’t yet visited the campus, but Dethman sees a solid team on the rise with a coaching staff with which she’s built strong relationships.

“I had a lot of options, but this one, it just seemed right. They have a good coaching staff and everything and they’ve been there for a while,” said Dethman, who will study biology or chemistry with the eventual plan to attend optometry school.

Dethman committed to the Bulldogs sight unseen, but she’s communicated for more than a year with head coach Jaime White and associate head coach Mandi Carver, a Dillon native and former Big Sky Conference player of the year at Idaho State.

White and Carver have been at Fresno State since 2014, compiling a 124-72 overall record, including a 74-34 mark in the Mountain West Conference. The Bulldogs were 25-7 overall this past season, winning the regular-season conference title and advancing to the championship game of the conference tournament.

“I feel like they’re just going to want to keep winning off of that,” Dethman said. “I feel like I’m putting myself in a good position to keep bettering myself with a team that pushes me to do my best.”

Dethman’s potential has long caught the eye of college coaches. Some coaches started reaching out to the intriguing prospect when she was in sixth grade, but her recruitment really ramped up her freshman year of high school. With Dethman and her older sister, Mackenzie, in the lineup, Froid-Medicine Lake placed third at the 2018 Class C state tournament.

Mackenzie is now a freshman at Rocky Mountain College, while Sydney still has one year of high school left to add more accolades to her resume. She’s already scored more than 1,000 career points and has thrice been an all-conference selection, earning first-team honors each of the past two seasons. She was an all-state choice last season, averaging 15 points, nine rebounds and three assists per game for the Redhawks.

“I’m tall, I have a long wingspan and all that stuff, so (the Fresno State coaches) really like that about me,” Dethman said. “I’m a versatile player, so they like I can play any position. But they’re really looking to put me as a 4, so I can play the 4 stretch, go out on the wing if I need to, because I can. They say I can shoot the ball very well and I can also take it to the hoop, just how they like it. They want me at the 4 spot.”

As well as she’s played at the high school level in Montana, Dethman saw even more growth once she started playing on the AAU (Amateur Athletic Union) circuit. She joined the Northwest Blazers, which are based out of Washington, and immediately started playing against high-level competition.

“Just going from high school to AAU, it’s crazy. The level of physicality that you go up against, I was playing against (NCAA Division I) Pac-12 players,” Dethman said. “These girls are just phenomenal basketball players. And it was a really big thing for me, because I wanted this, so I needed to compete with them.”

It was on a trip to Texas last year when Dethman said the Fresno State coaches first saw her play. That sparked the initial interest, later communication and ultimate full-ride scholarship offer. Since then, Dethman has grown familiar with White and Carver.

Even though she has yet to step foot on the Fresno State campus, Dethman has taken virtual tours with Carver and digitally met some of the support staff. An official visit is tentatively lined up for this fall before Dethman’s senior season with Froid-Medicine Lake.

“I just kind of want to make it to state and make noise there and do all that stuff, but I know there’s steps before that,” Dethman said of her senior-season goals. “I kind of want to rebuild our program being that we just have a super young team. Next year, we’ll have me, the only senior, and one other junior, but a lot of younger sophomores and freshmen, so I kind of hope to almost help coach them in a way as a player to player rather than a coach to player. So, that’s kind of what I want to do, is rebuild what we have.”