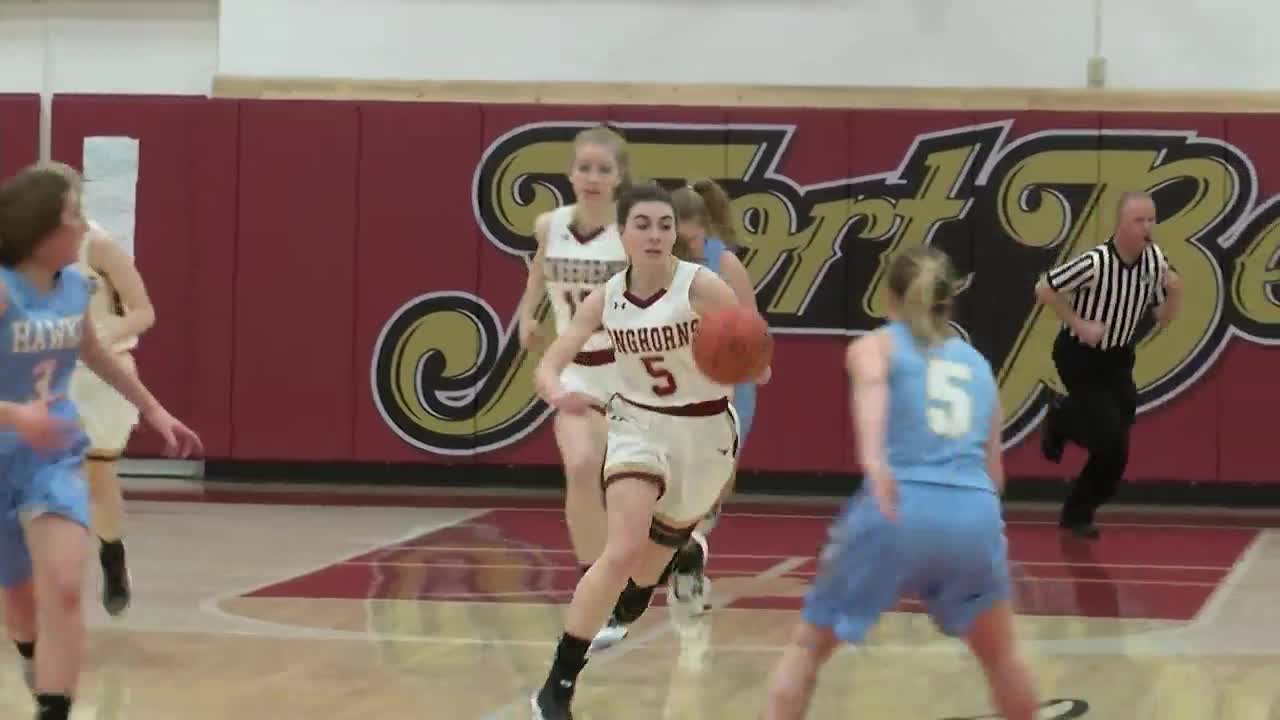 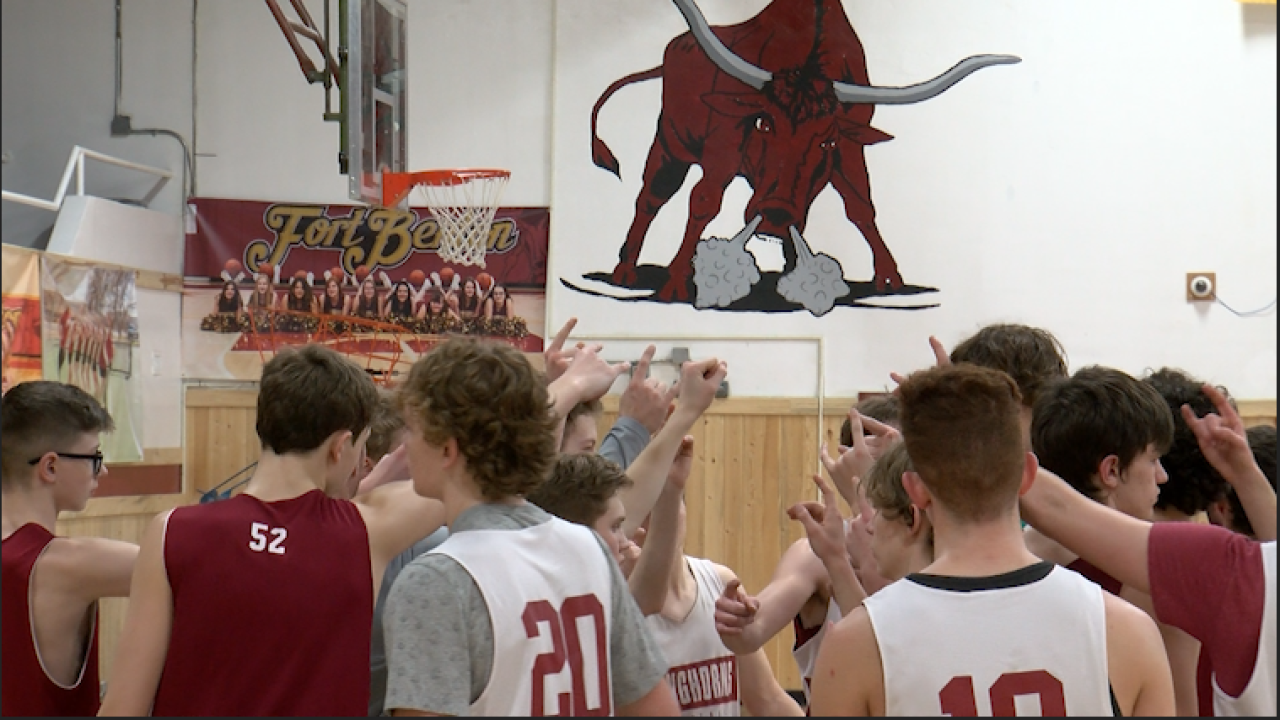 FORT BENTON — If they can each beat Chinook and Chester-Joplin-Inverness this weekend, the Fort Benton girls and boys basketball teams could each finish the regular season with unblemished 18-0 records. If it happens, it’s believed that would be the first time in school history.

"We go in the lunchroom, there's like the record table up there and everything and there's records up there from like 1962 that are absolutely insane," senior Garett Diekhans said. "And just to be up with some of those names just would be ... that's like what every kid dreams about."

"I can't put it into words. The boys basketball team has been behind the girls the last few years," boys head coach Tyler Pasha said. "They've put a marker where we're supposed to be at and then we're trying to follow them."

The girls have set the bar with back-to-back District 9C championships the past two years, but having the boys alongside them this year has been something else.

"That'd be really cool to have both programs because I don't think that's happened in a very long time," senior McKenzie Clark said. "But like having both girls programs and boys, just doing it together be like a really cool step for Fort Benton."

Although both teams have been mostly dominant, they've each had close calls. The Longhorn girls squeaked past Turner 57-54 in January and the boys beat Denton-Geyser-Stanford 58-52 last week. The trick this year has been avoiding complacency.

"We've talked about playing our level no matter who we play and making sure we're getting better every night," girls head coach Cassie Pimperton said. "And so this team has done a really good job of that."

"The regular season is its own animal. And if we do go 18-0 both teams in the regular season, we still got to show up in in districts and hopefully beyond," Pasha said. "Every team's going to throw a target on our back and we've got to be ready to go."

No matter what happens this weekend, the community is proud with the work the kids have put in.

"They put in a lot of time both boys and girls teams and they work hard in the weight room. They work hard during practice every day," Pimperton said. "It's exciting for our community and it's exciting for the little kids growing up to have some pretty good role models to look up to."

"Oh, we have so much support from the community," Clark said. "The stands will just be packed and it's just amazing to have everyone cheering for you when you go in and when you come out and it's really great."

The Longhorns are at CJI Thursday before hosting Chinook for Senior Night on Saturday.