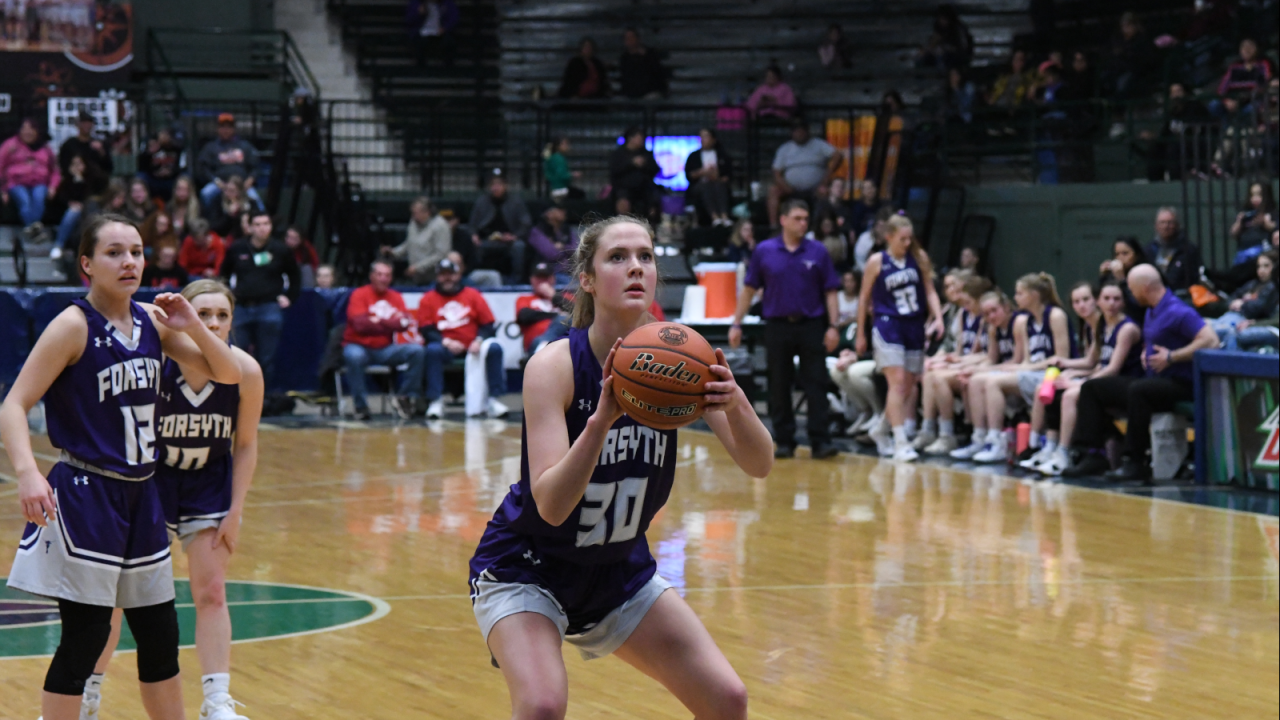 Forsyth's Lindsey Hein will be continuing her basketball career at the next level. Hein announced her commitment to Montana State on Tuesday afternoon.

"My first decision was to play basketball instead of volleyball," Hein told MTN Sports. "After that I narrowed it down and decided that I wanted to be able to play in front of family and friends in my home state. ... MSU is closer to home. Obviously, coach (Tricia Binford) has had a lot of success there."

Hein's commitment comes just days after she helped lead the Dogies to a share of the Class B girls basketball state title. It was set to be the first championship game appearance in Forsyth's history until the Montana High School Association canceled the tournament after Friday's semifinal games. In the two games the Dogies played at the State B tournament in Butte, Hein averaged 22 points and eight rebounds on 19-of-33 shooting. She also had seven blocks and six assists, showing off her improvement in all facets of the game.

Those improvements began during last summer's AAU run, where Hein began to garner interest from bigger programs. Hein plays for the ECI Drillers out of Bismarck, N.D.

"Before AAU started I worked on getting in shape so I could run the floor well," Hein said. "I also shot a lot. I think because of my size and versatility I received a lot of interest."

Montana State fit right in to Hein's education plans, too. She plans to major in either dietetics or some form of engineering.

Forsyth has appeared in each of the past two State B girls basketball tournaments and will be a strong bet again in 2021 with Hein anchoring both ends of the floor.

"It was bittersweet," Hein said of being State B co-champions with Missoula Loyola this year. "My goal was to be the tournament MVP and win an outright state title, but we obviously didn't get to finish. Our goal is to go back next year and win it outright. It is definitely a relief to not have to worry about college. Now I can just focus on getting better. I think next year we should be pretty good again, especially by the end of the year. We have some athletic young kids who just need to get some experience."

Montana State, meanwhile, is coming off a historic season of its own, compiling a 19-1 Big Sky Conference record during the regular season and advancing to the league's championship game. The Bobcats were set to meet Idaho for the conference title, but the tournament was canceled before the two teams played.