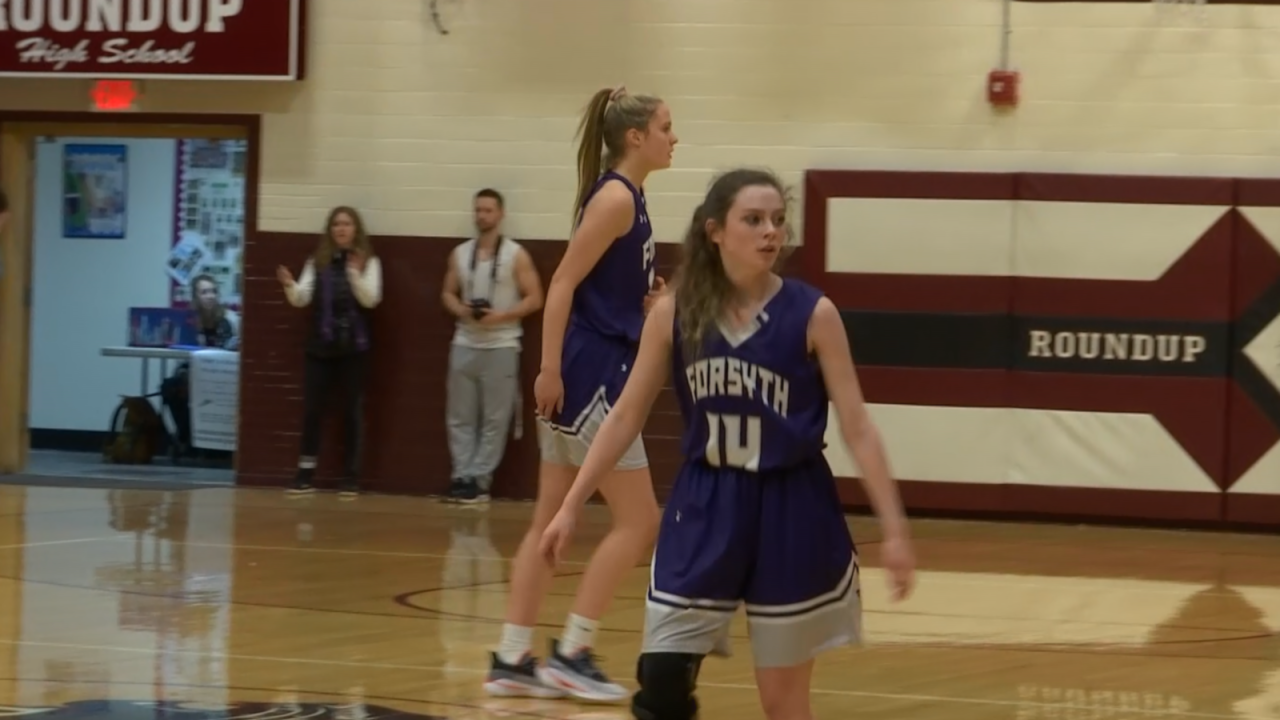 ROUNDUP -- Forsyth held Roundup to just eight second-half points on its way to a 42-25 victory in non-conference Class B girls basketball action in Roundup on Thursday night.

After giving up a 3-pointer on the game's opening possession, Forsyth went on a 13-0 run to lead by 10 halfway through the first quarter. The Dogies saw their lead grow to 12 in the second quarter before Roundup trimmed the lead to five, 22-17, at halftime.

Roundup couldn't quite keep pace with Forsyth in the second half, though. With 6-foot-6 junior Lindsey Hein manning the middle of Forsyth's 2-3 zone defense, Roundup didn't make a single basket inside the 3-point line all night. In fact, the Panthers were only able to attempt a handful of 2-point shots, instead having to settle for long jumpers continually.

With its zone defense giving Roundup fits, the Forsyth offense was able to settle in and find a groove. Transition baskets and offensive rebounds were the difference in the second half, as the Dogies corralled multiple misses on more than one occasion before scoring.

With the win, Forsyth moves to 15-2 overall. Roundup drops to 11-5. The Dogies wrap up their regular season on Friday against Lame Deer, while Roundup will travel to Joliet on Friday night to finish its season.