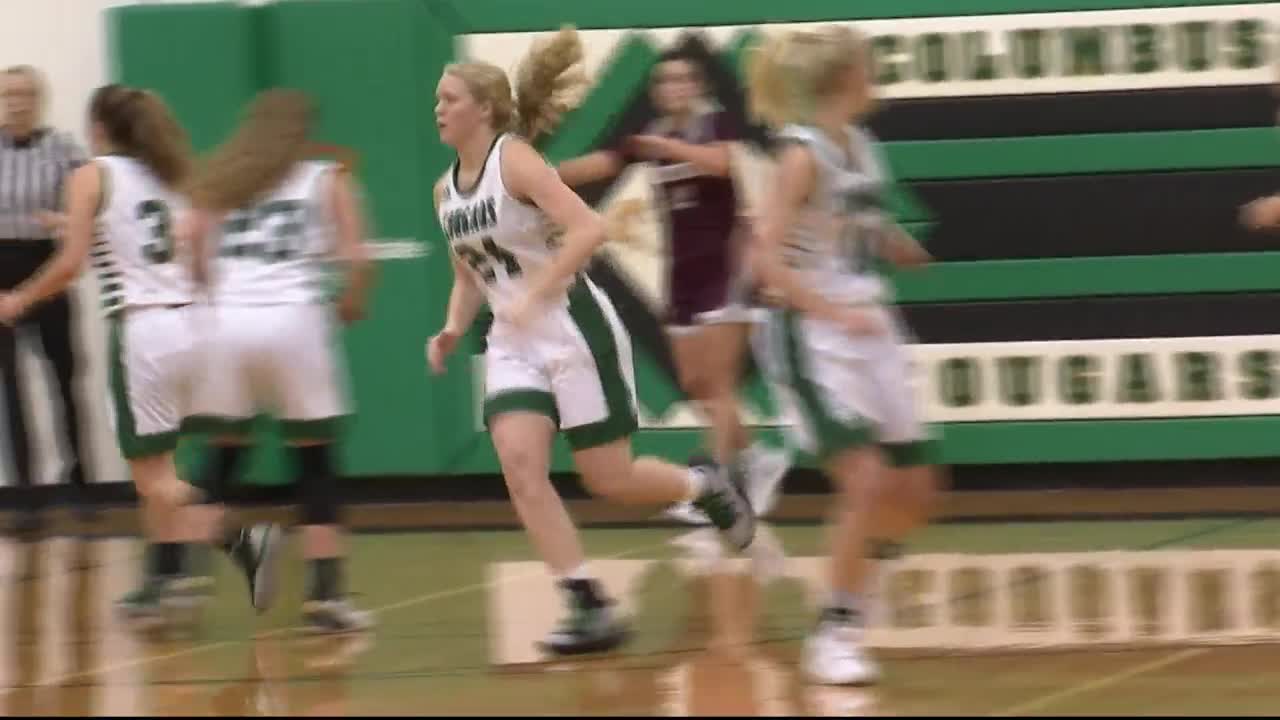 The Columbus Cougar girls clinched the District 4B title Friday night, holding Roundup without a field goal in the 2nd half on their way to a 36-18 win. 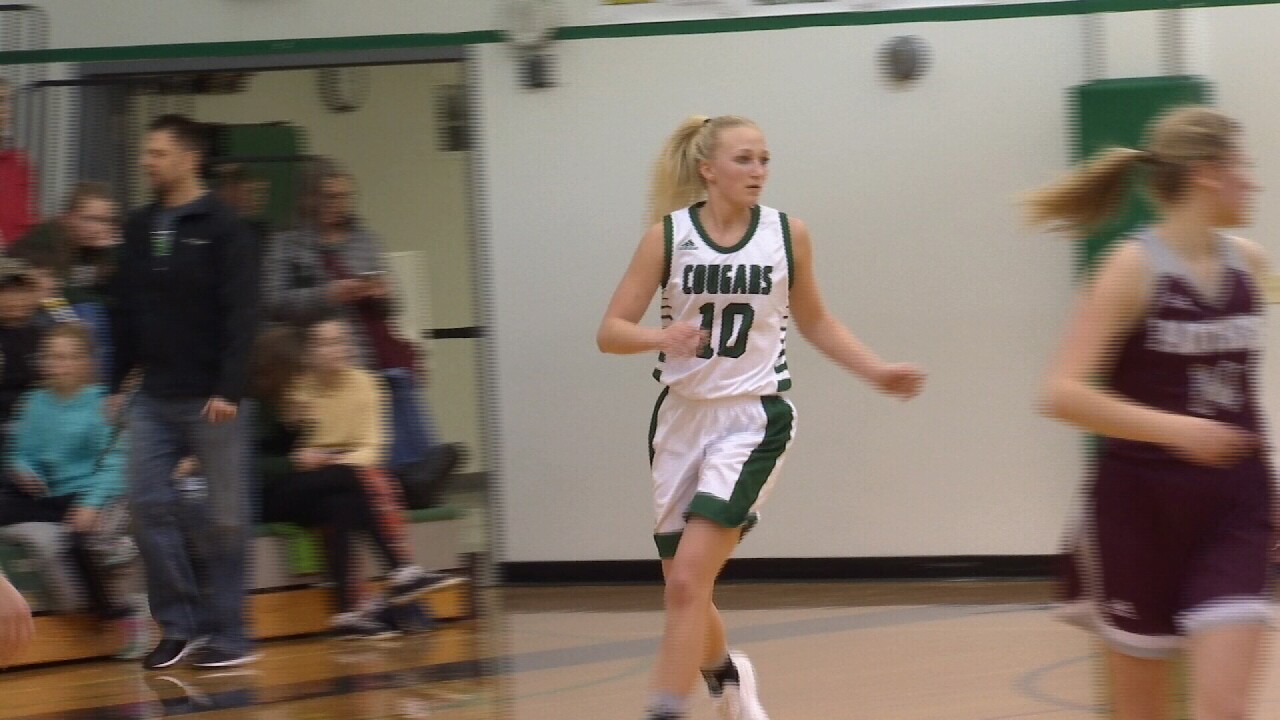 COLUMBUS — The Columbus Cougars clinched the District 4B girls basketball regular-season title Friday night, holding Roundup without a field goal in the second half on their way to a 36-18 win.

Columbus led 22-16 after a close first half, but Roundup really felt the loss of inside presence Meghan Eiselein (injured) in the second half. The Panthers did not make a field goal and made only one free throw in each of the third and fourth quarters.

Columbus moves to 9-0 in conference with the win and earned a season sweep of the Panthers, who fall to 7-2.

The Cougar boys, meanwhile, clinched second in the 4B with a 53-41 win over the Panthers in the second game of the doubleheader. Huntley Project won the conference after beating Columbus Thursday.