What could've been: Fairview-Scobey was championship 40 years in the making 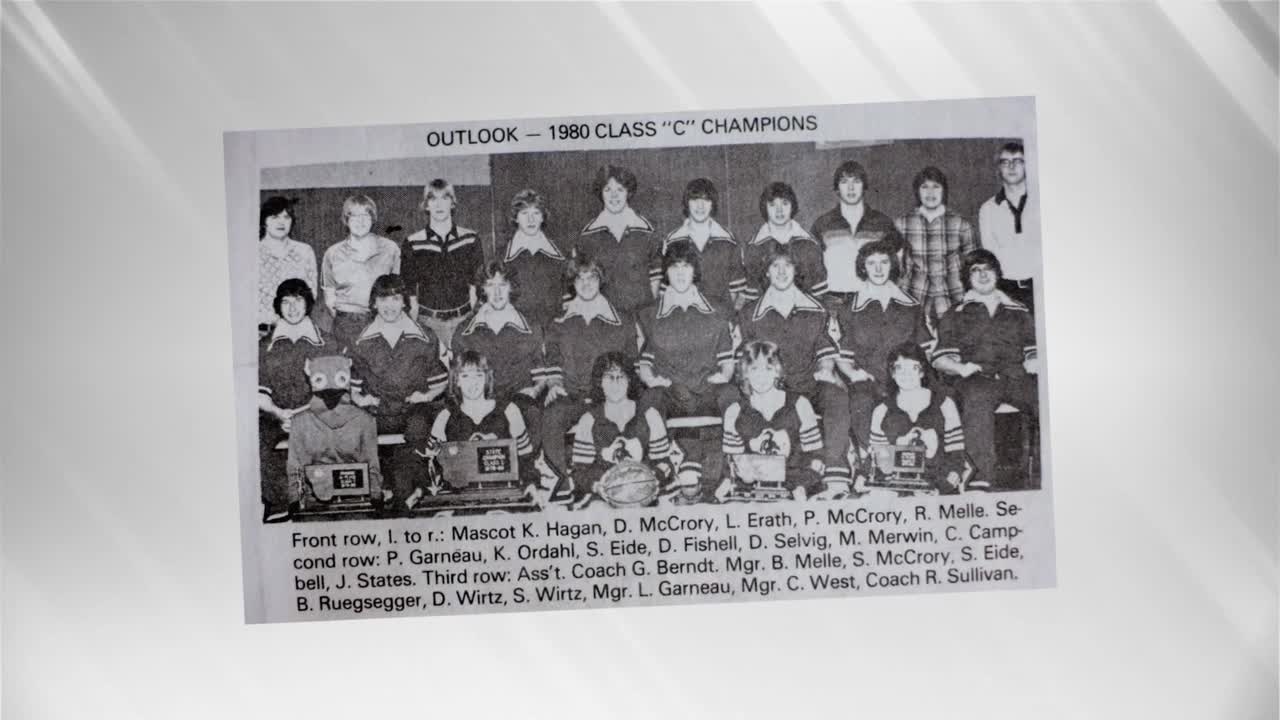 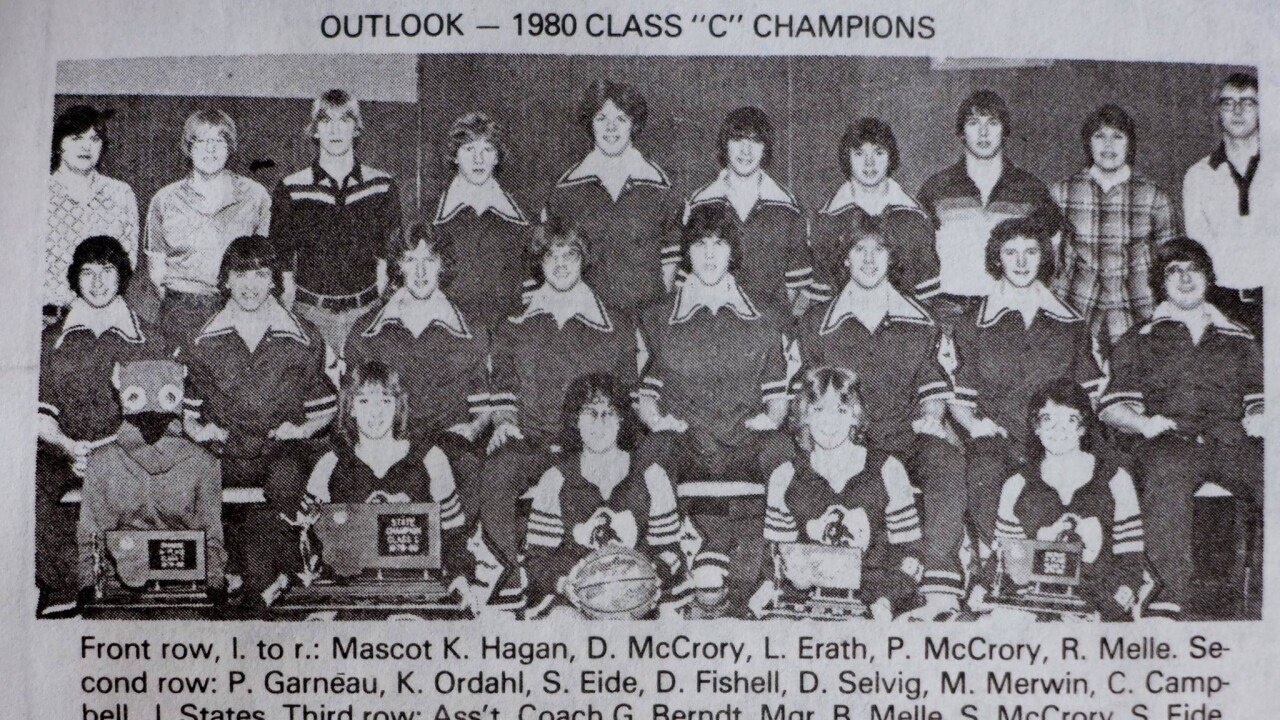 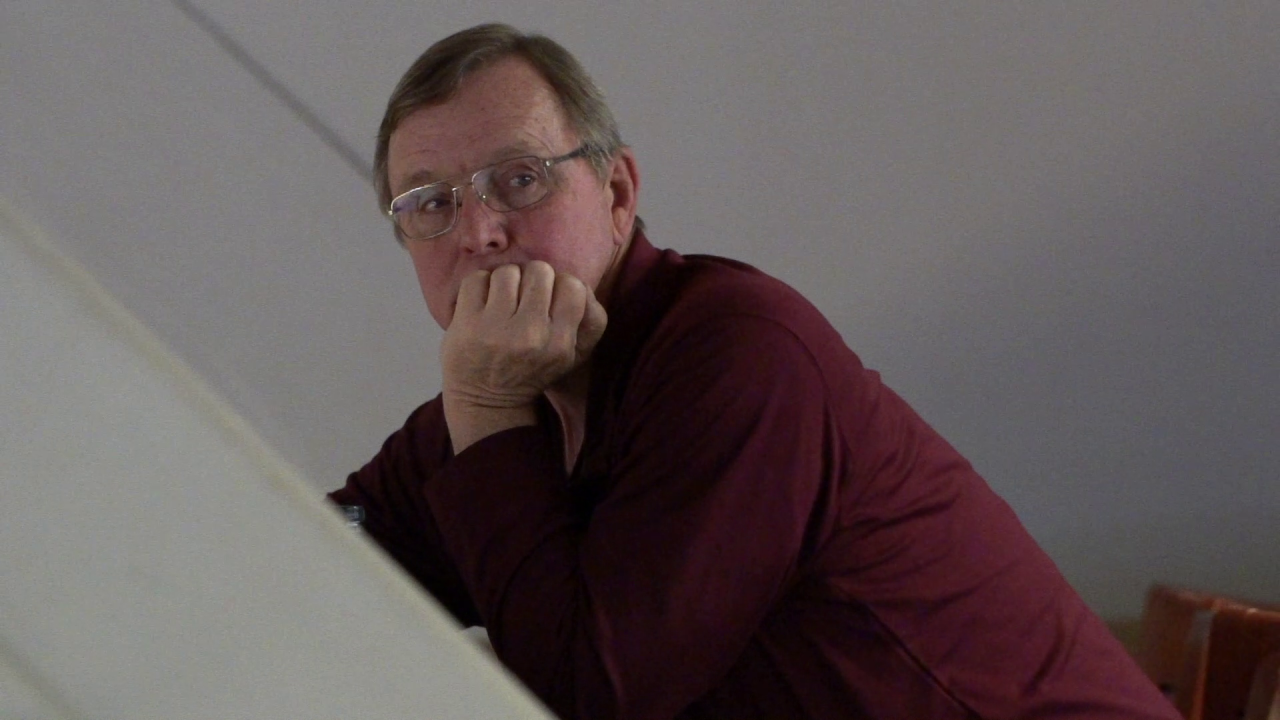 MISSOULA -- State championship Saturday at Dahlberg Arena was supposed to make history. It did, of course, by not being played after state basketball tournaments across the state were canceled following Friday's semifinals, crowning the winners co-champions.

The boys basketball teams at Fairview and Scobey did still make history by becoming the first Eastern C teams to both advance to the state championship game since 1980, when Outlook defeated Opheim 44-35. Rollie Sullivan was the head coach of the Blue Jays at that time, one of his many coaching stints across the state, and was set to end the Eastern C's drought Saturday night as an assistant coach at Fairview.

MTN Sports sat down with Sullivan on Friday, March 13, hours before the Montana High School Association announced the cancellation of its state tournaments, to discuss the 40-year drought between all-Eastern C championships, how eastern Montana was at the top of its game during that era, and how basketball had and continues to shape his life.

Rollie Sullivan: "Let me tell you something, when I was coaching in the Eastern C in the mid-to-late 1970s, early '80s, there were lots and lots of good players in that league at that time."

MTN Sports: It wasn't even just Class C, you look back then at Plentywood, Scobey, but Opheim, Outlook, Antelope was in a state championship game, Poplar was really good. Was that just the golden era of hoops up there?

MTN Sports: Is it hard to believe, then, that literally four decades have passed since Class C has seen two East teams in the state championship? That was mind-boggling when I researched that stat.

Sullivan: "I won't say it shocks me, but it surprises me. At that time, I don't know if there was any better basketball than what there was in the eastern part of the state -- Eastern C, Eastern B, it didn't matter what. There were really good players. The schools have just dwindled in size so much that I can see where that maybe has happened, simply because some of those schools are no longer in existence. But I'm surprised."

MTN Sports: Before we break down any specific games or seasons or whatever, I know people would like to know and I would like to know, what are all those coaching stops that you have had? Can you remember them all, head coach and assistant coach?

Sullivan: "Oh yes. From 1975-80, the first two years I was (in Outlook) I was the assistant girls coach, then the third year I was the head girls coach, and then the fourth year I was back to the assistant girls coach. The fifth year I didn't coach girls at all, but all five years I was the head boys coach. In 1981 I was going to go back to school to get my endorsement in English, but I got a call from Frenchtown and ended up being there for a year, and we ended up winning the state tournament with really, really good kids. I was extremely fortunate there. Then I spent the next four years in Circle, and we played for the state championship in boys one year, I was an assistant one year and the head girls coach in the other year. At the time, my ex-wife, my wife at the time but now ex-wife, was the head girls coach the first two years and I was her assistant. The last two years, she has a baby and so I became the head girls coach and boys coach, and we had really good kids there, too. I had a great stop in Circle, that was a lot of fun. The last 18 years I was in Sidney as the head boys coach. So I can remember most of them. Being a coach at any level in high school, I think it's always fun. If you have kids that play hard, and I really understand how fun it is to coach the kids that play hard, coaching is a lot of fun."

MTN Sports: 1980, let's talk about that year specifically, you're able to come out on top in the last state championship that featured two East teams, what do you remember about that game? About that season?

Sullivan: "That season we played Opheim four times. They lose four games all year and all of them were to us. We were fortunate to beat them because they were good. They were way bigger than we were. Norm Dyrland was something like a 6-foot-7 kid and a good player, the Lawrence kid and the Moss kid, they were both in the 6-foot-3 or 6-foot-4 area, Kevin St. John was a 6-foot or 6-foot-1 guard, and then they had a little, I think it was Nelson, can't remember for sure the other guard's name, but they were really good. Loren Baker, really good coach. He was the head coach, then goes on and coaches great at Northern Montana College (now MSU-Northern) and elsewhere, if I remember right, but Northern Montana College, he did a great job. They were really good and really well-coached. Every game we played with Opheim got closer and closer and closer. There were a lot of points scored, and then our championship was about (44-35), I mean, it was low-scoring. I thought we did a nice job taking care of the ball, getting good shots off. We had the best player in the state, in my opinion, in Doug Selvig -- a 6-foot-5 guard for us. He was a great player at the University of Montana and in my opinion was the best player in the state of Montana that year. We had the best player, plus a bunch of kids that accepted their roles well ... we just had kids that accepted the roles and really were great kids to coach. They were all about 'us,' nobody was about 'me,' so it was a lot of fun."

MTN Sports: What about this weekend then? Here we are 40 years later and we get a chance to see two Eastern C powers. You said four times you (and Opheim) played that year, here we go again with another Scobey-Fairview match on Saturday night.

Sullivan: "Third time this season, and I think since I've been helping (Fairview), last year and this year are the only two years I've been helping again, we played them, I think it was three times last year and they got us all three times -- once in the regular season, once in the divisional championship and once in the state third- and fourth-place game, and now they're 2-0 against us this year. We're due to win one, gall dangit. Scobey is really good, and they're really well-coached. They have really good players. We have to play at the top of our game, we have to play our A-game. We have a lot of good players, too, but we have to play well. They're just diverse. They have so many kids that can do so many things. It's a handful for us, but we're as heck looking forward to it."

MTN Sports: Final couple of questions, how much has basketball, we've seen it within your family, some college athletes in the family, but how much has hoops revolved around your entire family, your entire life?

Sullivan: "My whole life. I have four kids, all of them played basketball. We had the good fortune that they were all pretty good high school players. My daughter Jordan played basketball for the University of Montana and had a great career here. She's now a member of the Lady Griz coaching staff. My son Jace coached a little bit in Sidney, my daughter Ashley coached a little bit in Culbertson. My son Ryan is now coaching in Casper, Wyo., so they've all been in it, they've all enjoyed it. They had no choice, they had to like it because mom and dad would drag them every place and make them play. But basketball has been so good for me, because I've met so many good people -- officials, other coaches, kids that have played -- it's been great. I've been blessed."

MTN Sports: You kind of answered my last question a little bit there, but outside of your family, all those relationships -- you and I were chatting before the cameras were rolling about all the old coaches and these familiar names you coached against -- Norm Dyrland is my uncle from up in Opheim -- what are those relationships you've made bouncing across the state from place to place?

Sullivan: "When you grow up, you think your best friends are always going to be those guys that you knew and were great friends with in high school, but my best friends in life are the guys I've coached against, coached with and met as a result of basketball. Obviously Loren Baker was a great coach that I got to coach against, but Terry Bakken was a really good high school coach, (C.C.) Zoonie McLean was impactful, Don Holst coached for the Griz here and was my roommate in college, we've been good friends forever. I could name 25-30 coaches that were really good coaches, in my opinion, that I've had the wonderful opportunity to get to know and become friends with."