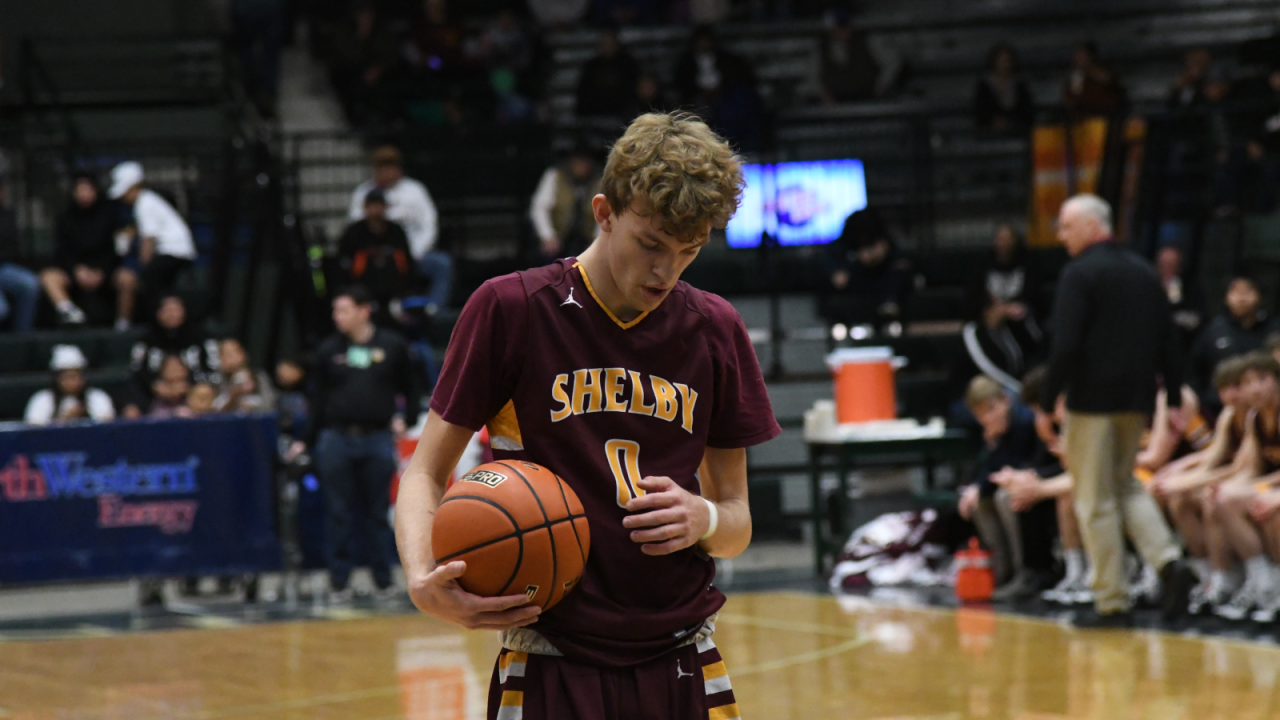 Deer Lodge closed the game on a 10-3 run to break a 46-all tie and knock Colstrip out of the State B boys basketball tournamnet, 56-49, on Friday afternoon.

Deer Lodge built a big early lead, leading 17-7 after the first quarter and 24-10 early in the second. But Colstrip mounted a 16-5 run to close the half and trail by just three at the break.

The two sides continued to trade scores throughout the third and fourth quarters until late in the fourth quarter with the game tied at 46.

Brodeyk Freeman had 18 points to lead Deer Lodge, including hitting four first-half 3s. He finished 5 of 11 from downtown. Deer Lodge buried seven 3-point attempts on the game and made 17 of 30 from the foul line.

Deer Lodge will still have a shot at a trophy, as the Wardens will play the loser of Lodge Grass/Rocky Boy on Saturday at 10:30 a.m. at Butte High School.

Shelby sophomore Rhett Reynolds and junior Logan Leck powered the Coyotes to a 68-59 win over Arlee in loser-out action on Friday at the State B boys basketball tournament at the Butte Civic Center.

Reynolds poured in 25 points and snagged 15 rebounds, while Leck had 22 points and six rebounds.

Shelby shot well from all three levels on Friday afternoon. The Coyotes hit 50 percent of their shots from the field, which included 6 of 11 3-point attempts and 16 of 21 free throw attempts.

The Coyotes coupled terrific defense with their efficient offense, holding Arlee to just 32.8 percent shooting for the game and out-rebounding the Warriors 40-29.

Shelby began to pull away from Arlee in the closing minutes of the fourth quarter, as the Coyotes continued to bury free throws while a lid appeared on the basket for the Warriors.

Shelby moves on to Saturday and will face the Fairfield/Three Forks loser at 10:30 a.m. with a chance to keep its trophy hopes alive.