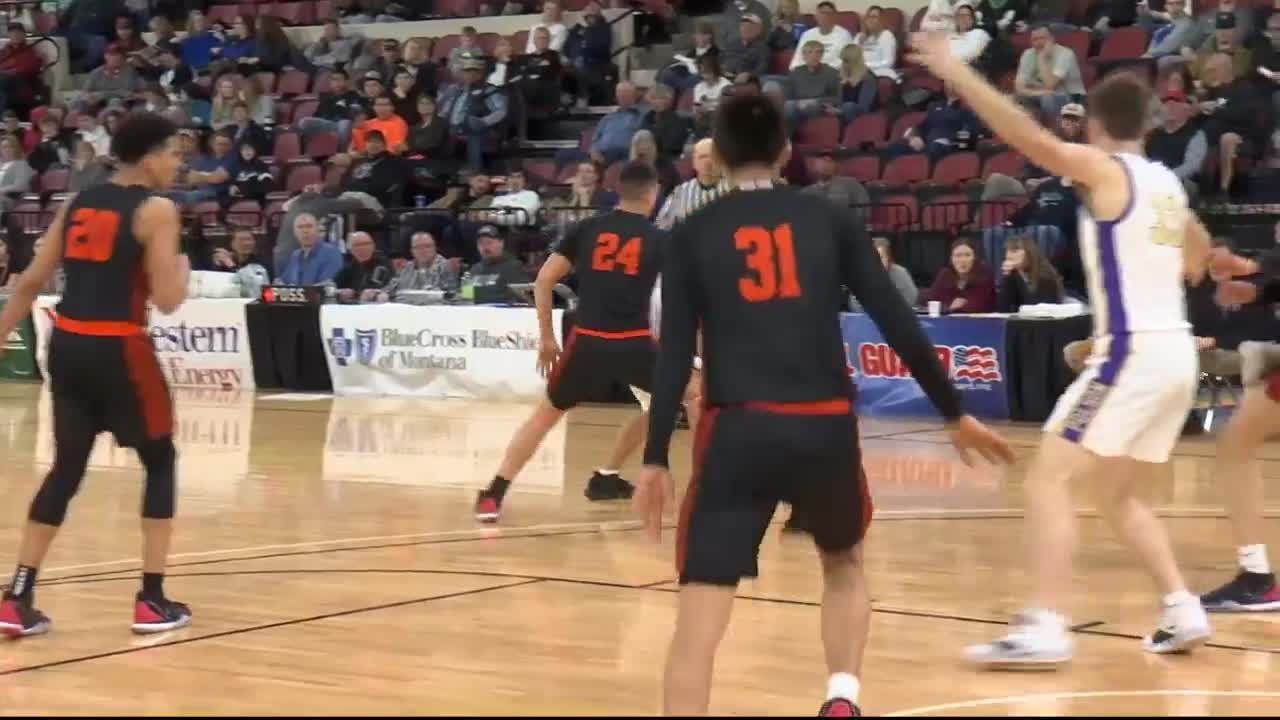 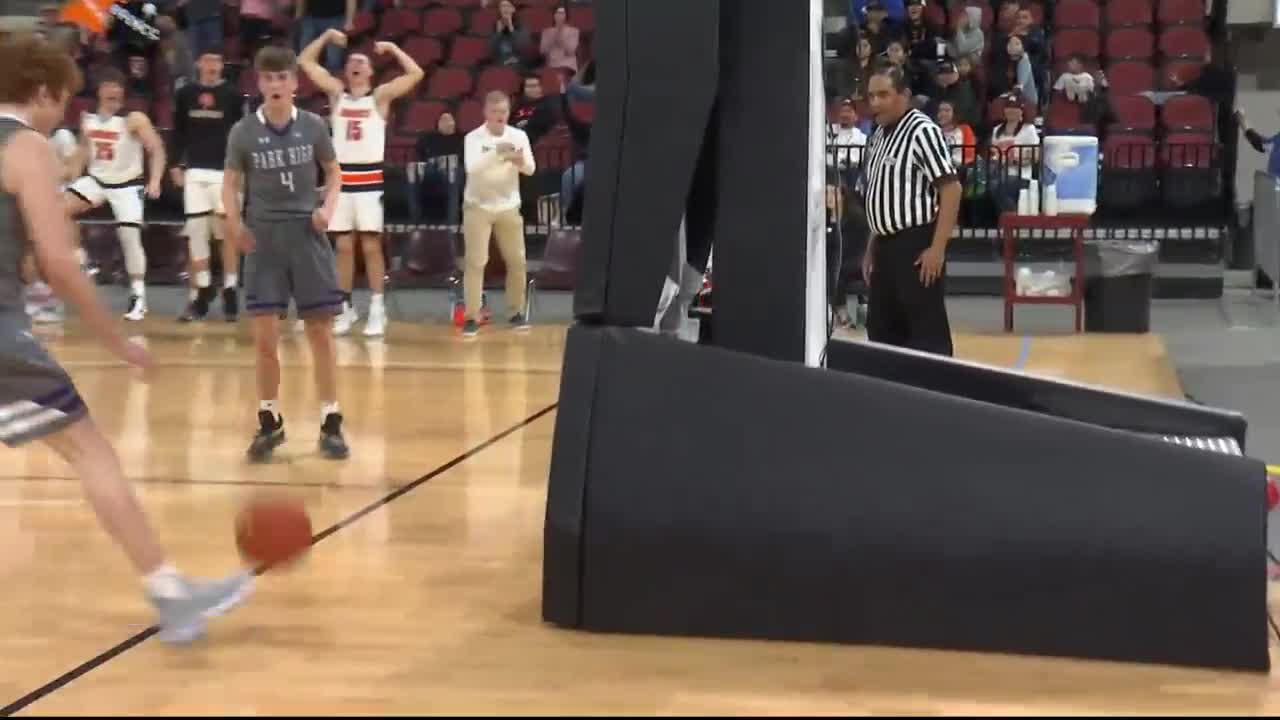 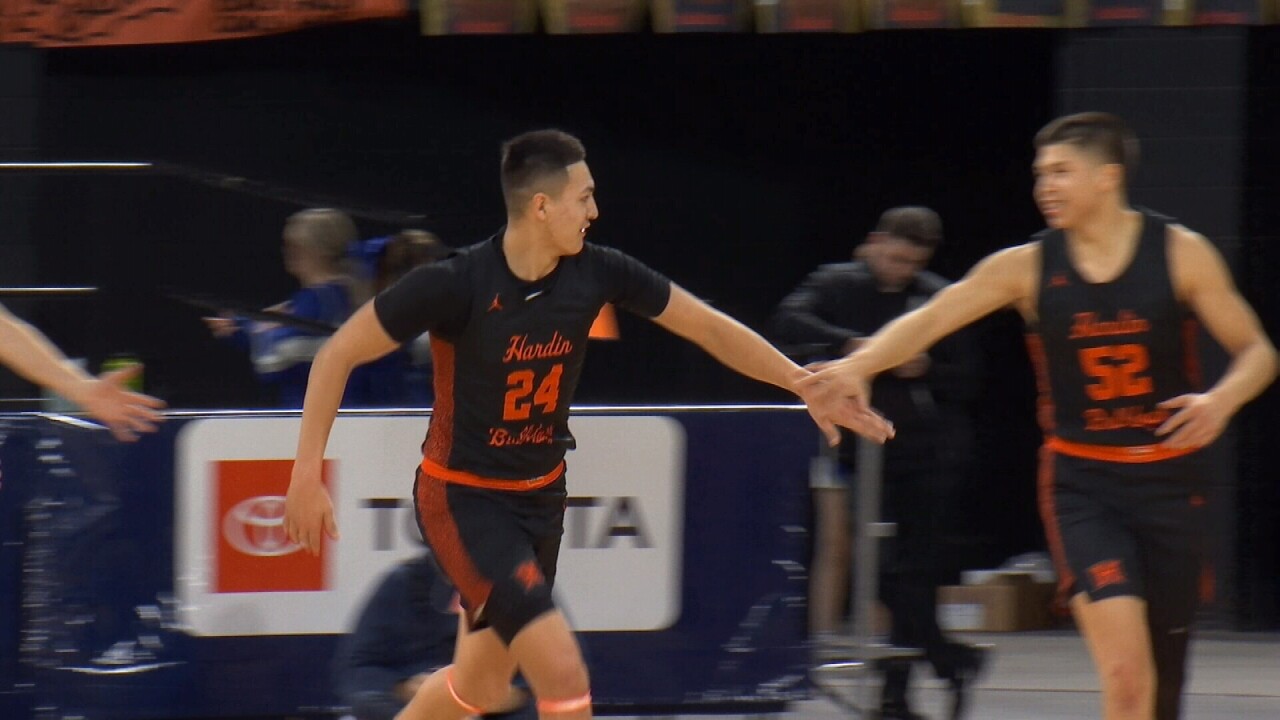 BILLINGS — The East won the first set of battles at the State A Boys basketball tournament Thursday, as Hardin and Livingston each won first round games over their Western A opponents.

Hardin outscored the PIrates 47-13 between the 2nd and 3rd quarters as the Bulldogs cruised to a 73-41 opening round win.

The Bulldogs' biggest lead was 68-26 early in the 4th quarter.

In a cold-shooting opener to the State A tournament, Brendon Johnson scored four of his 21 points in the final 1:45 to lift Livingston past Frenchtown 42-39.

The teams combined to shoot 11-43 from the field in the first half, including 1-13 from three point range and 6-13 from the free throw line. Livingston led 15-14 at the break.

Frenchtown's offense found some rhythm in the 3rd, taking a 27-22 lead on multiple layups from Devin Shelton. He led the team with 14 points on 7-8 FG's. But Livingston's Wyatt Saile banked in a three pointer right before the buzzer to pull the Rangers even at 27-27 going into the 4th.

The teams traded baskets for the first 4:00 of the 4th. Frenchtown eventually took a four-point lead, but Livingston climbed within one by the 2:00 mark, when the Rangers forced a steal, got the ball ahead to Brendon Johnson who finished the fast break with a layup to give Livingston a 40-39 lead.

Frenchtown missed their ensuing shot, and Johnson was fouled and made both free throws to give him 21 point, half of his team's total, to go along with 13 rebounds.

Zack Baker attempted a game-tying three, but it rimmed out with three seconds left as the Rangers held on.

NEXT: Hardin and Livingston will meet for the 4th time this season in Friday's semifinals. Hardin won the previous three meetings.