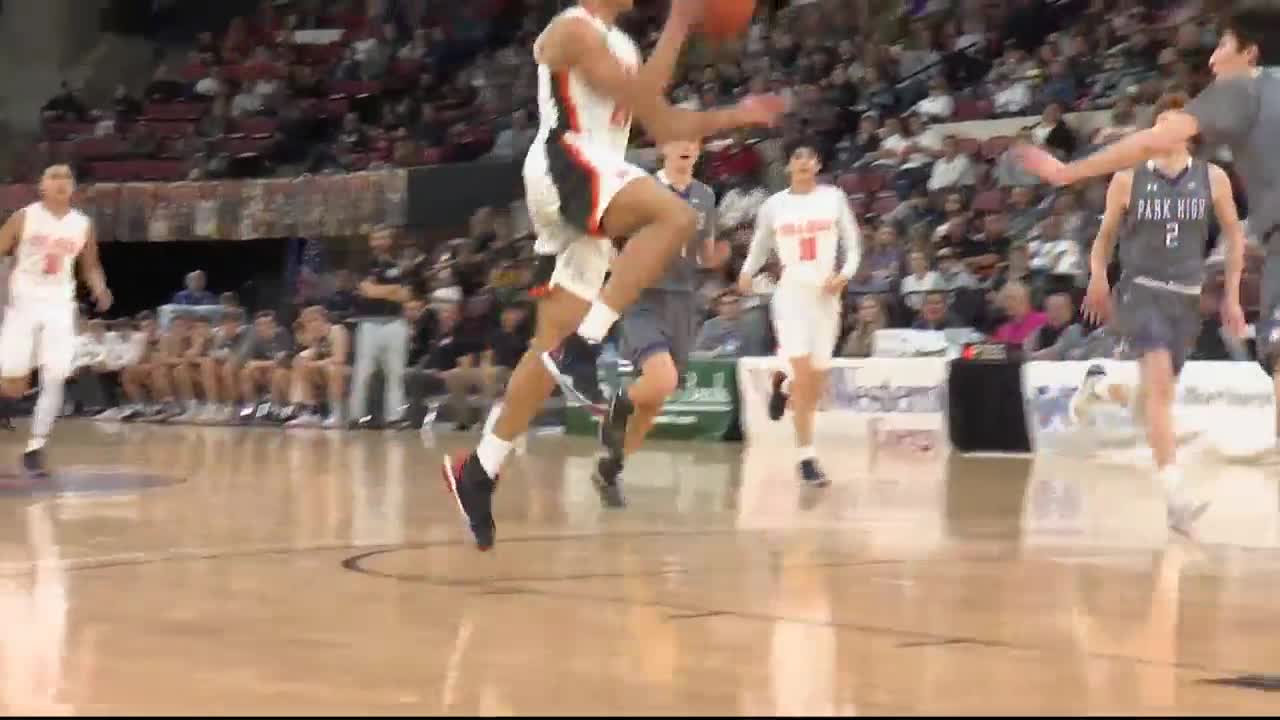 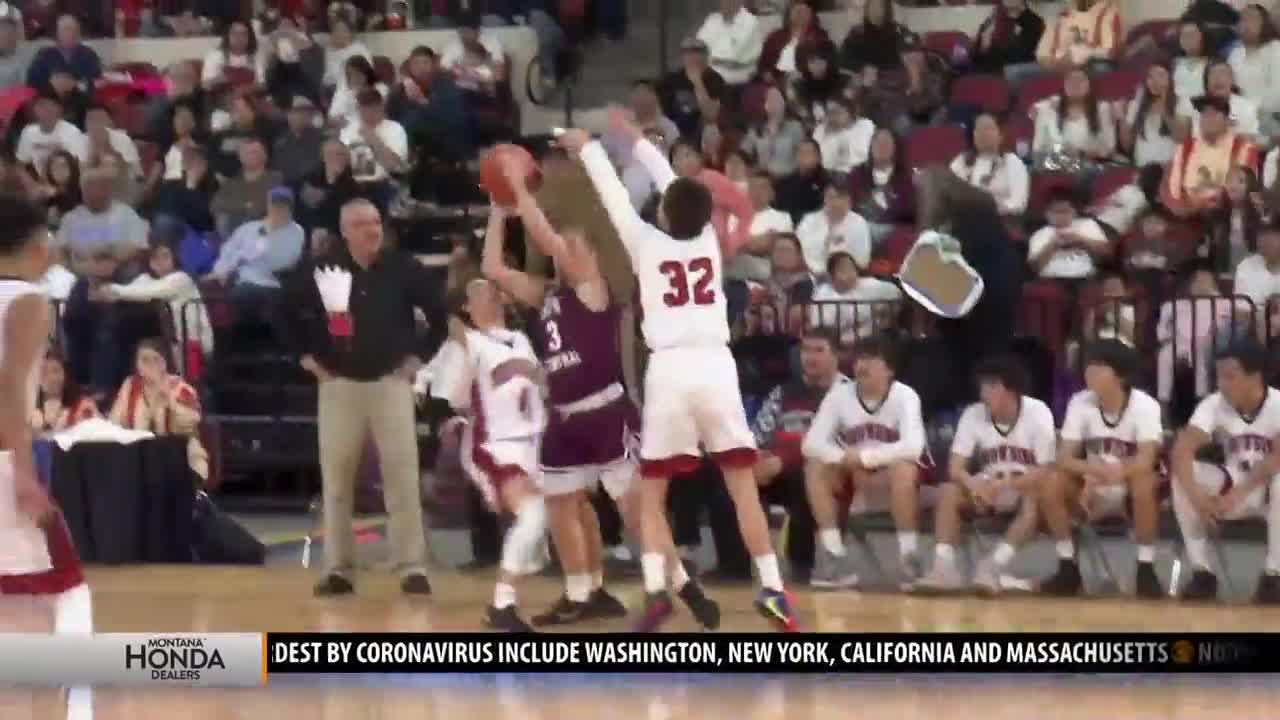 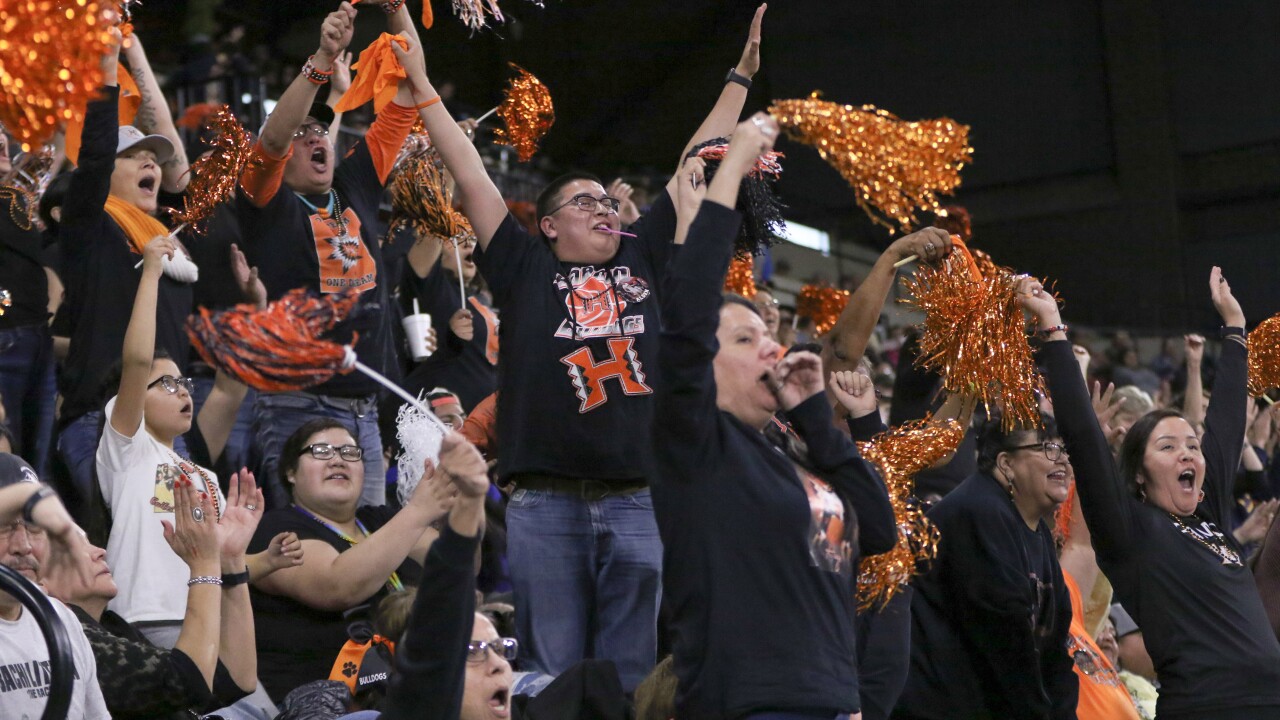 BILLINGS — Semifinal Friday night came with a blowout and a surprise, as undefeated Hardin rolled by Livingston, while Butte Central beat top-seed Browning.

Butte Central went on a 33-12 spanning the 2nd and 3rd quarters as they stunned Western A divisional champion Browning 66-50.

The Indians took a 23-14 lead early in the 2nd after a Riley Spoonhunter three, but the Maroons started to figure out Browning's full-court press after that point. Butte Central scored 17 of the final 22 points in the quarter - led by Matt Simkins' 12 - to take a 31-28 lead into halftime.

Matt's twin brother Jared Simkins kept the run going in the 3rd, routinely getting to the basket for layups to extend the lead. Jared punctuated the quarter with a one-handed dunk with under a minute to play.

"That's the first time I've ever done that," Jared said after the game. "I was wide open on my first drive down the lane and felt I had enough height to get there, so the next time I tried it. I couldn't believe it."

"That's why everyone (on the bench) went so crazy," Matt added. "He's never even tried it."

Butte Central won the 3rd 16-7 to extend their lead to 47-35 going into the final eight minutes. The Indians never got within single digits again.

Matt Simkins led the Maroons with 20 points on 5-8 FG shooting and 10-11 from the free throw line. Jared added 12 and nine rebounds while Braden Harrington scored 14 before fouling out early in the 4th.

Spoonhunter led all players with 24 points in the losing effort.

A 16-2 run to end the 1st half gave Hardin a 16-point lead at halftime that they ballooned to 27 by the end of the 3rd as the Bulldogs ran away with a 73-41 win, their 4th over Livingston this season.

Back-to-back baskets from Sage McMinn pulled Livingston within 16-14 midway through the 2nd quarter. Hardin responded with a 16-2 run to close the half for a 32-16 lead.

The Bulldogs offense hit all cylinders in the 3rd, scoring 26 points in the quarter as Livingston couldn't keep up.

Brendon Johnson led the Rangers with 14 points. McMinn added nine with eight rebounds before fouling out.

Butte Central and Hardin will share the State A title after the MHSA announced late Friday night that the rest of Montana's high school state basketball tournaments will be canceled.