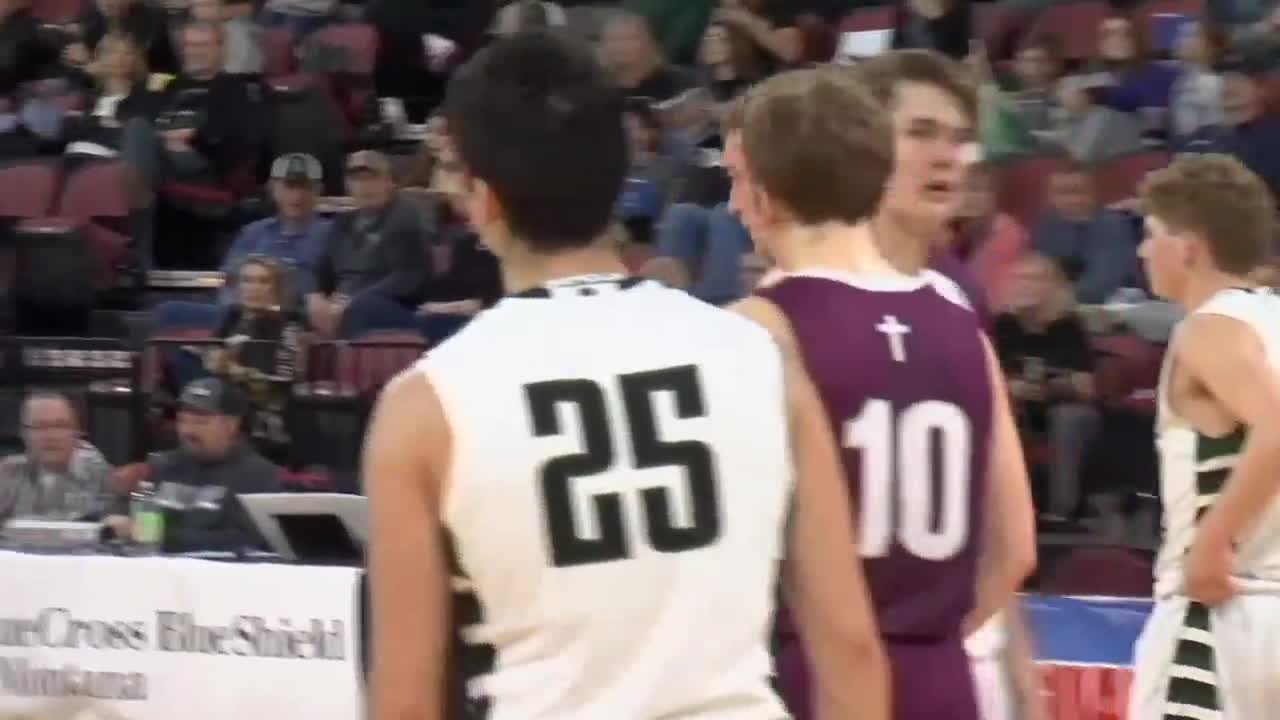 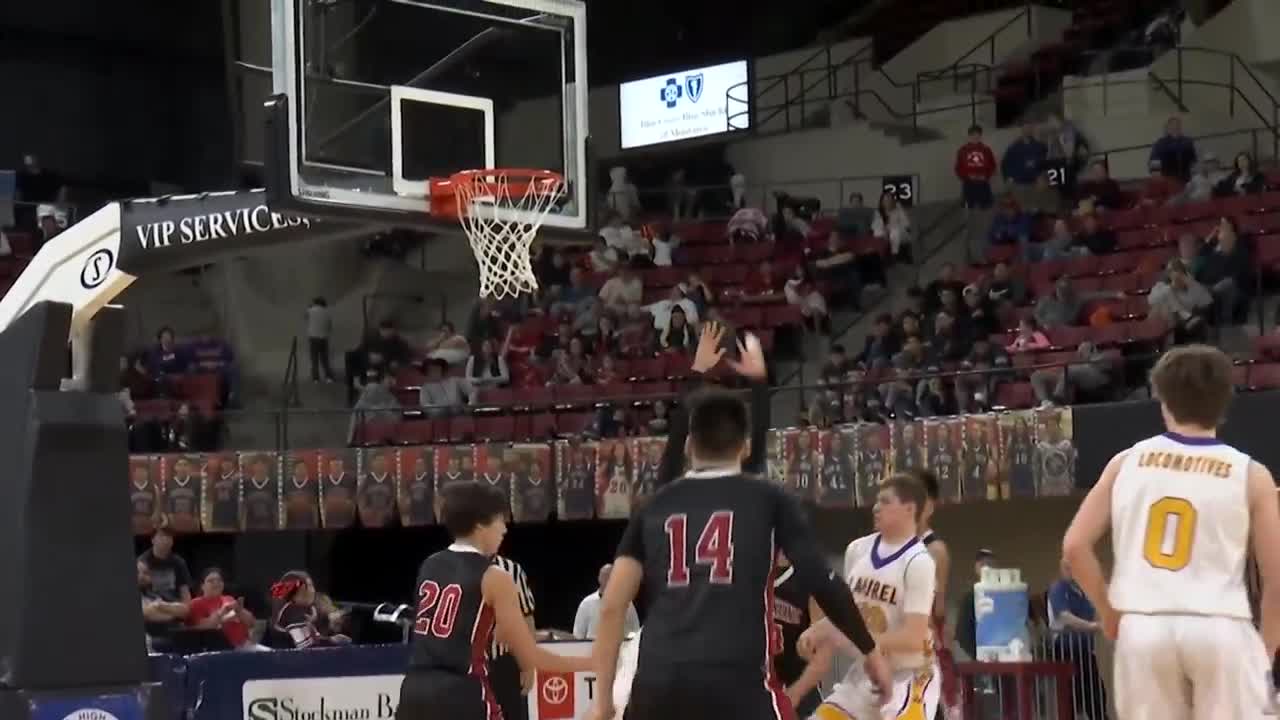 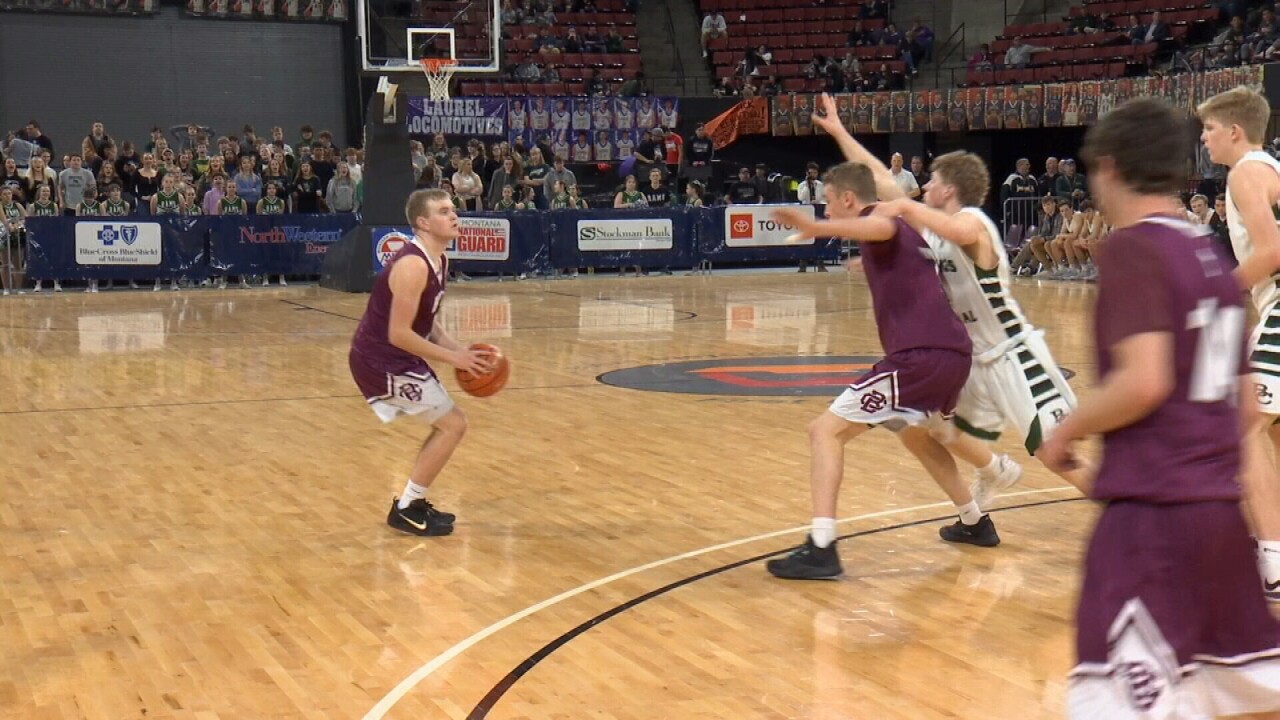 BILLINGS — The Butte Central Maroons won the basketball version of The Bishop Bowl in Thursday's State A opening round, while Western top-seed Browning cruised by Laurel.

Butte Central used a 7-0 run at the start of the 4th quarter to take the lead, and tipped away an inbounds pass on with two seconds left on Billings Central's game-tying attempt to hold on for a 51-46 win.

Billings led by as many as nine points in the first half, and carried a 30-25 advantage into halftime. The Rams held it through the 3rd, taking a 41-37 lead into the final eight minutes.

Butte's Jared Simkins started the Maroons' run with an old fashioned three-point play, followed by a three-pointer from Luke Heaphy to give them the lead.

Billings closed within two on multiple occasions, but missed several game-tying attempts down the stretch. With 0:02 on the clock, Marcus Wittman attempted a cross-court pass to free up a three-poont shooter, but Simkins tipped it into the hands of Braden Harrington who made two free throws to seal the win.

Harrington led all scorers with 21 points on 6-11 FG shooting. Heaphy and Simkins scored 10 each.

Riley Spoonhunter led four players in double figures as Western A champion Browning ran away from Laurel in the opening round Thursday, 83-59.

Spoonhunter scored 19 points, handed out 12 assists, and brought down eight rebounds in a near triple-double performance.

Blayne DeRoche added 17 points, Chris Reevis scored 13, while Justin Burd had 12 on 5-5 FG shooting. The Indians shot a blistering 58.8% from the field as a team.

NEXT: Butte Central and Browning will meet in a semifinal Friday at 5:00 p.m. Laurel and Billings Central will play in a loser-out game at 10:30 a.m.