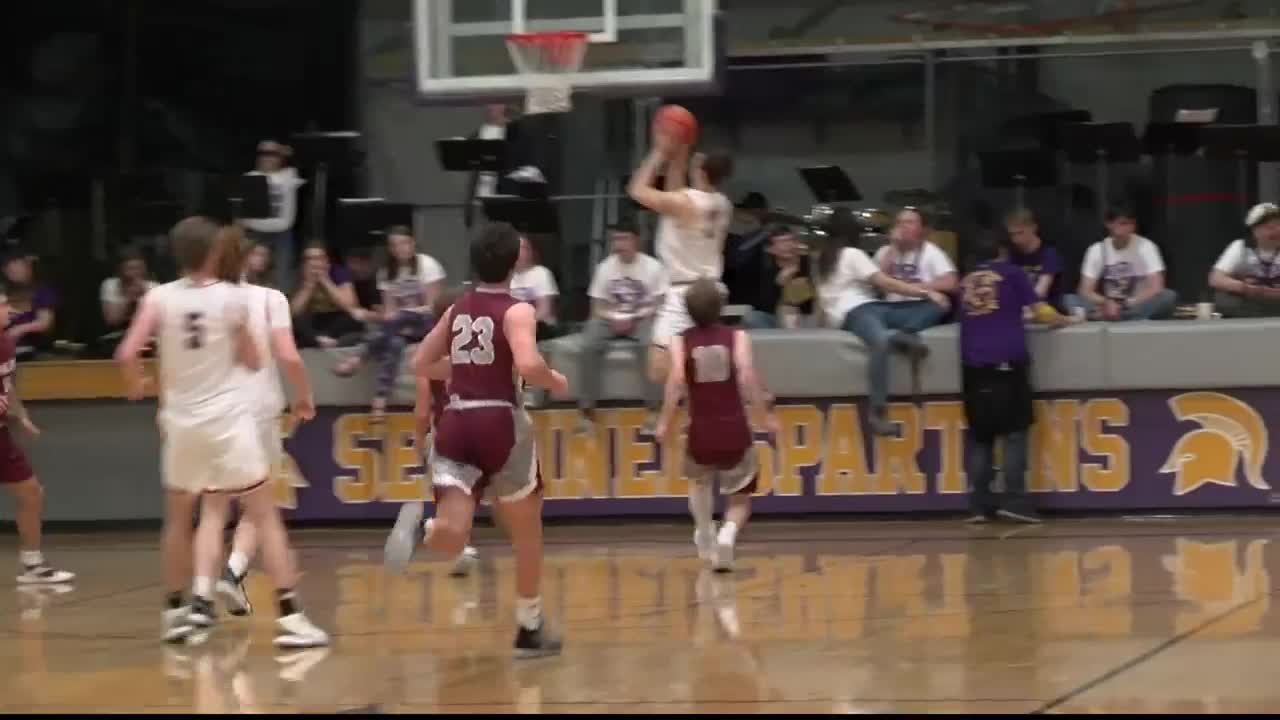 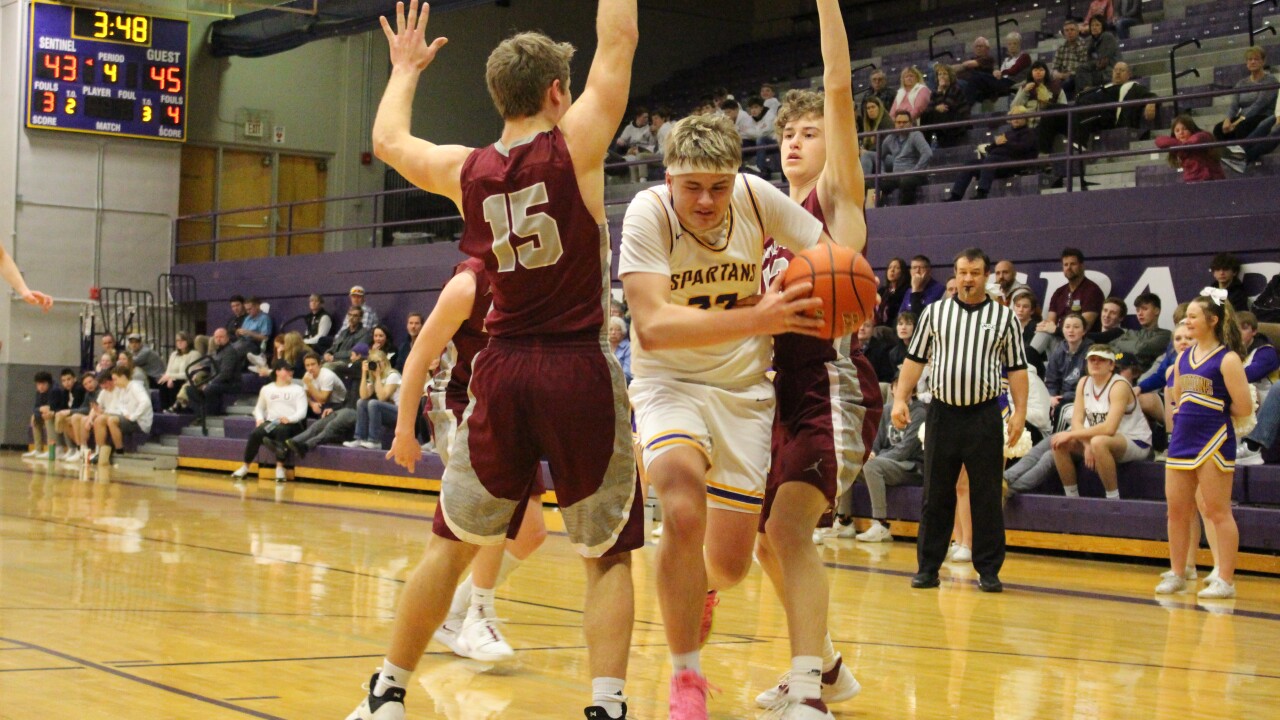 MISSOULA -- On Thursday night the Helena Bengals came to Missoula to take on the Sentinel Spartans in a Western AA boys basketball showdown. After coming down to the wire, the Spartans picked up another conference victory with the 54-49 win.

From the start, it was a close contest as both defenses were hard to get past in the first half.

In the second half, the teams continued to trade blows with neither leading by more that four points at any point.

However, Hayden Kolb hit a corner 3-pointer with less than a minute to play to give the Spartans a two-point lead.

After a missed Helena basket, Sentinel's TJ Rausch missed the second free throw on a one-and-one opportunity, giving Helena a chance to tie it. However, Rausch knocked the ball off a Helena defender's arm to give the Spartans possession to seal the game.