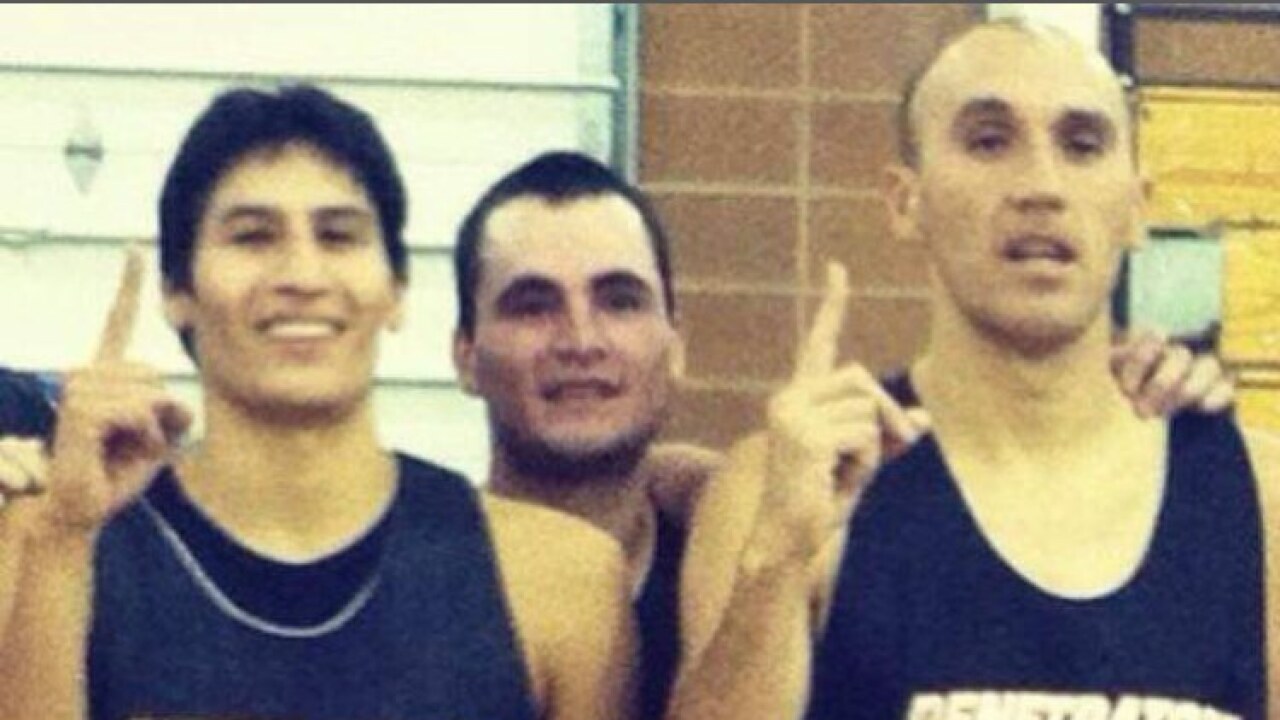 Buddy WindyBoy courtesy photo
The late Dane Fisher (left) poses with Buddy WindyBoy (right) during one of many tournaments the two teamed up for. 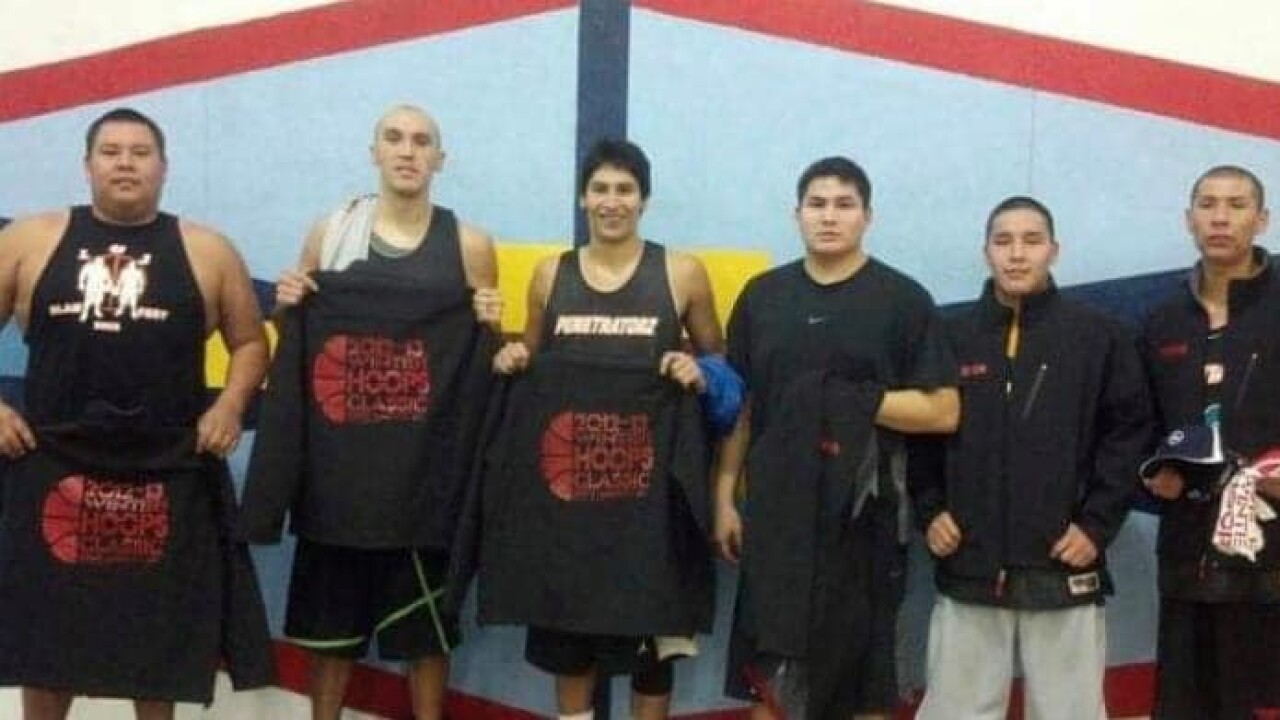 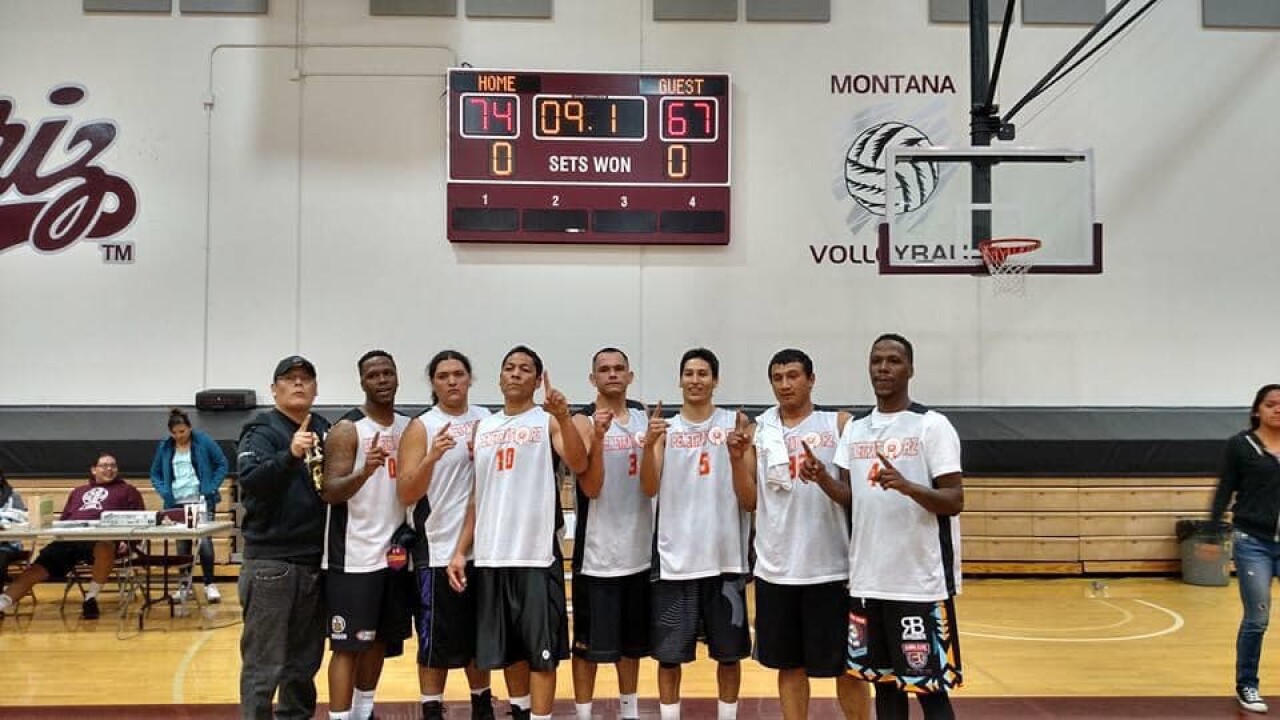 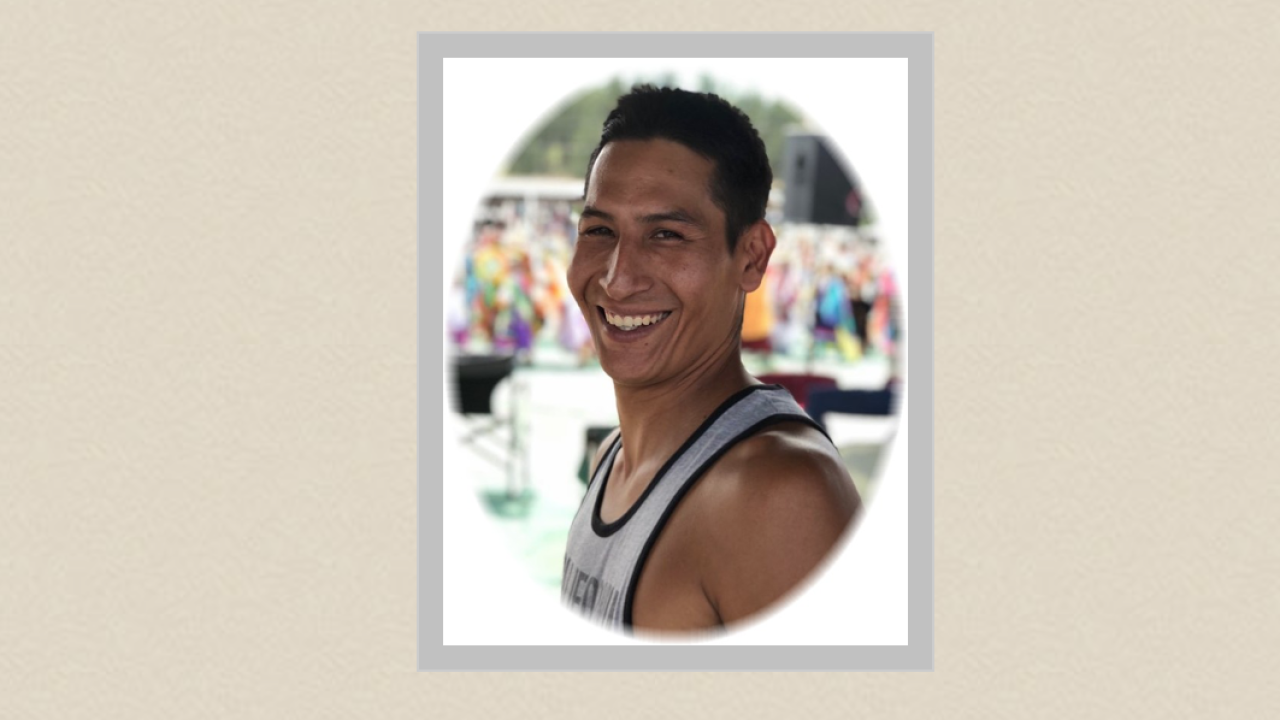 “He had a lot of friends and a lot of family that are amazing athletes -- the Fishers and McCormicks, and he's pretty closely related to big Mike Chavez -- so he would come around with those guys,” WindyBoy said. “And pretty soon he's playing with us in Big Sky State Games. It was just kind of out of nowhere.”

It was an emotional trip down memory lane for WindyBoy, the former Lodge Grass and MSU Billings basketball standout, after Fisher passed away this week following an altercation at the Crow Tee Pee Convenience Store in Crow Agency. Fisher suffered a fatal stab wound to the chest, the Big Horn County Coroner’s office confirmed with MTN Sports. He was 34.

“The initial shock of everything just kind of hits you in the face. 'What the heck, really?’" said WindyBoy, who became one of Fisher’s close friends, with the two often teaming up in basketball tournaments across the state. “Right now with everything, you've got COVID-19 going on and Black Lives Matter, all these things involving race, when something this close to home hits, it puts a lot of things into perspective. ‘Are we really focusing on the right thing? Are we really focusing on the right area to help each other, rather than trying to bring each other down and find these little arguments about anything?’

“It just is really eye-opening, man, very eye-opening to a lot of people. It definitely puts a lot into perspective as far as what's valuable and what's actually worth it. To lose something like that, especially this guy, I mean, you've seen all the social media posts, not just about basketball, but him being a dad and being in the rodeo arena. It's tough, man. It really is.”

Fisher broke onto Montana’s high school basketball scene as a junior at St. Labre, when he was selected first-team all-state. The following year, in 2004, he netted nearly 30 points per contest and helped the Braves to the program’s first state tournament appearance in more than two decades.

“You know, you first glance at him, you see this skinny little kid coming onto the court, he flies under the radar,” recalled WindyBoy. “But once that jump ball goes up, smooth-as-silk offense, just, he had that. Just a textbook jumper, 3-pointer, free throw line, everything. But what a lot of people don't really know is that his defense is what got him all those points. He's a sly and hardcore defender. He would come in and want to guard the opponent's best player, and that was his challenge.”

“But coming in, you see this skinny little kid coming, and we called him 'fish sticks' back in the day when he was a little skinny fella, but man, he would come in and drop 40 on us, or come in and drop 40 on somebody, and you'll be like, 'Where did this come from? Where did this happen?’” WindyBoy continued with a laugh. “And then when the game comes down to the wire, of course you're going to have the ball in his hands. Defenders would be double-, triple-teaming him. I remember watching a couple of games of his in high school, and maybe shooting over two or three defenders, dropping them in off the glass and doing a little up-and-under, a little crafty, offensive moves, man. So fun to watch.”

After the all-state career in Ashland, Fisher, who donned the nickname "The Great Dane," continued his career at the collegiate level, “a dream of his,” according to WindyBoy, by playing at Bismarck State College. He earned first-team all-conference honors the first season.

A family emergency brought him back to Montana the following year, but he eventually returned to Bismarck as a National Junior College Athletic Association (NJCAA) preseason all-American. Fisher didn’t disappoint, averaging 27.6 points, 4.4 assists, 3.5 rebounds and 2.5 steals per game.

“I watched him grow when he played at Bismarck State, and then going into all these independent tournaments that we played in together or against him, same thing. You just watch him just expand his game year after year. Totally fun to watch,” said WindyBoy. “He definitely made all of his teammates better, which is a good trait of a great player.”

WindyBoy choked back tears while reminiscing about Fisher’s prowess on and off the basketball court.

“We talked about raising our sons and raising our daughters,” he said, mentioning Fisher’s older daughter and younger son.

WindyBoy’s relationship with Fisher, which blossomed through basketball, became much more over the years. Dozens of social media posts from across Montana expressed the same sentiment, which WindyBoy said shows the impact Fisher had on friends and family.

“One thing he always used to say to everybody, he would be giving them a hard time and he would tell them, 'Hey, scared-a-money,’” said WindyBoy, who said the comment is open to interpretation but directed at being scared of winning. “It was his way of challenging and encouraging people to do better. All the time, no matter where he would be, he would be rattling that off: ‘Scared-a-money.’ He would always say it. Basketball, rodeo, football, anywhere he would be talking to a kid, 'Hey man, scared-a-money.' Then he would walk away. I'm totally going to miss that guy, man. A lot.”