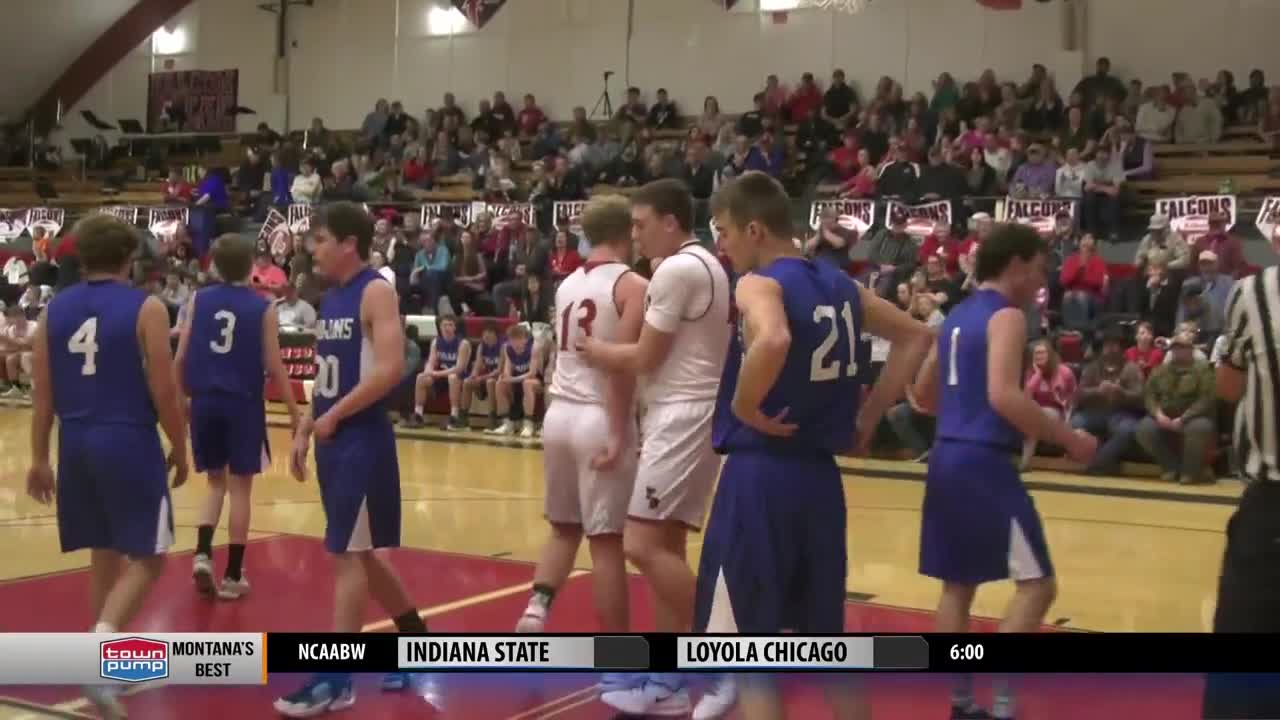 TWIN BRIDGES — Fueled by that heartbreaking, last-second overtime loss to Arlee in the Western C divisional challenge game last season, the Twin Bridges boys basketball team has roared back with vengeance this season.

“It motivated us a ton, I know I think about it every day pretty much, and I’m doing my best to make sure it doesn’t happen again and so is everyone else," said Twin Bridges junior forward Charlie Kruer.

“Having a loss like that to Arlee where we were top three in the state -- and I think this year we’re even better than that -- so it's huge motivation, and we’re going to make that all the way to a state championship," added senior guard Bryce Nye.

The Falcons have dominated their opponents en route to an undefeated record. It's an accomplishment head coach Josh Keller says wouldn’t be possible without the guys giving it their all on the court.

“I think the biggest key is these kids. You know, they have a great attitude, they put the time in, they go to camps over the summer, they work hard in the offseason and they come to practice every day ready to get better," Keller said.

Bringing the state title back home will be a long, challenging road for the Falcons. But just the thought of what a state title would mean to the Twin Bridges community leaves the players no choice but to exert every last effort to make that a reality.

"The community this year has been to all of our games, showed up to everything, and I think it’d be a huge deal to them, let alone us, to win a state championship," said Nye.

“They’re always at all of our games, road and home. Usually road games we have a better crowd than the team we’re playing. So it would mean a lot for them, seeing us grow up and our hard work paying off," Kruer added.

“I feel like after everything the community does for us we have to go out there and win this for them. If we can’t do it for ourselves, do it for them," said senior forward Nate Konen.

“They've worked hard and now it’s their turn, and hopefully we can put a few games together and have an opportunity," Keller said.