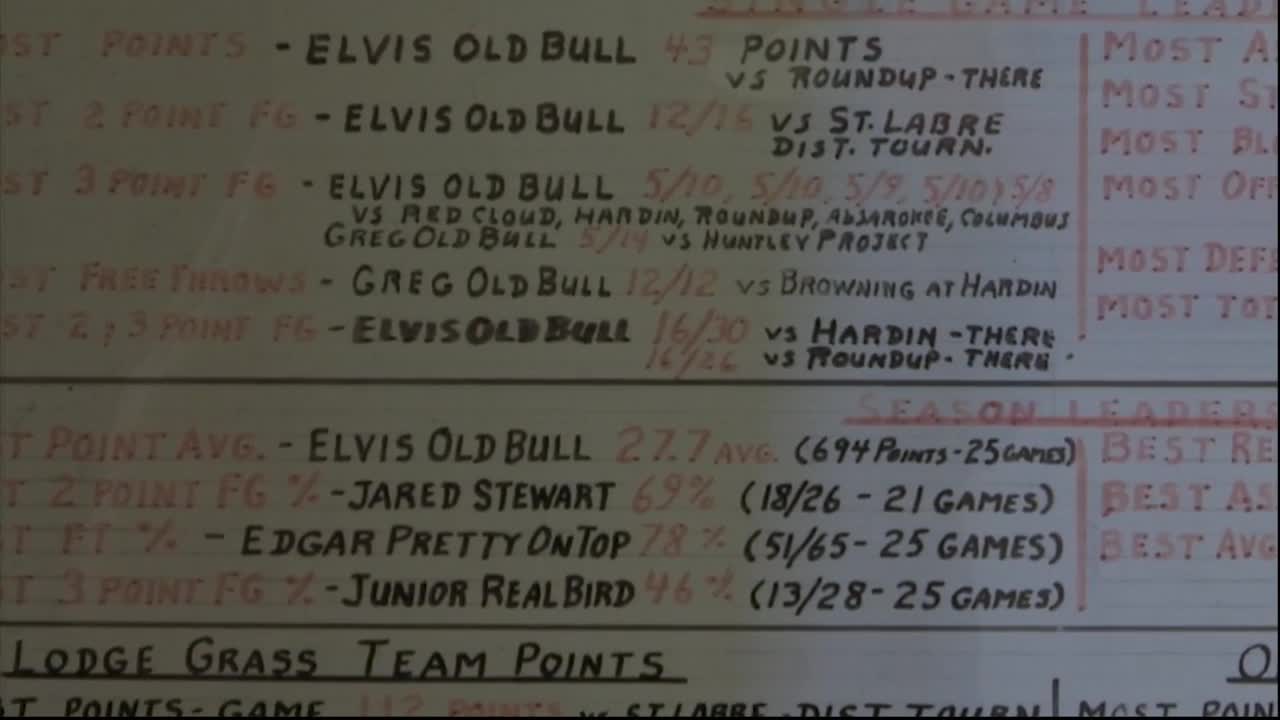 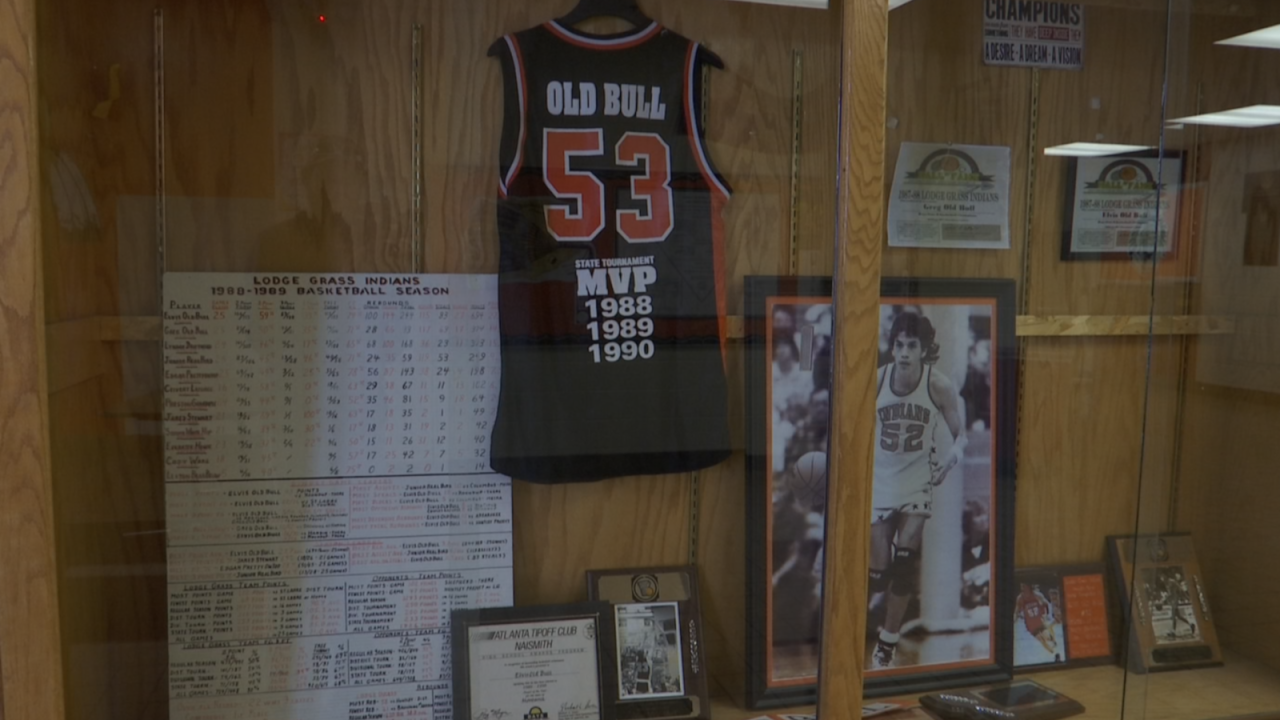 Back in January, Lodge Grass dedicated a day to its most famous son, honoring him and his family in a pregame ceremony.

“In talking with various people, they felt that it was overdue, that something should have been done a long time ago, as far as recognizing him other than with the Montana Indian Hall of Fame, but something here in Lodge Grass that commemorates the late Elvis and his accomplishments and what he meant to this school, what he meant to this community," said Lodge Grass athletic director Dee Pretty On Top.

Old Bull’s basketball legacy is still present on the Crow Reservation. Hardin’s Famous Lefthand wears the No. 52 in Old Bull’s honor and kids to this day still try to recreate the Lodge Grass legend on the courts he grew up on.

“You could actually go out to any of the courts here in Lodge Grass and children and kids would write No. 52 by a pen or marker on their jersey or T-shirt and say, ‘Hey, I want to be Elvis,'" Albert Gros Ventre said. "Then they’d argue and fight. ‘No, I called Elvis first. I want to be Elvis.’ So that number, 52, it’s symbolic to Elvis, like 23 would be to (Michael) Jordan.”

“The legacy is still there. We have kids that still talk about the moves, the plays, try to emulate his shot, how he shot," Pretty On Top said. "Kids will play basketball during the summer, and every once in a while you’ll hear somebody say, ‘I’m Elvis’ or, ‘This is an Elvis Old Bull move.’”

When asked to reflect on Old Bull’s playing days and what performance stood out the most, his former head coach Gordon Real Bird Sr. and Pretty On Top recalled the exact same game against rival Hardin.

“I believe Hardin was up by 10 with about a minute and 12 seconds left," Pretty On Top said.

“A lot of Lodge Grass people were walking out. They thought our Goose was cooked," said Real Bird, who won five state titles with Lodge Grass in the 1980s. "Elvis made two steals, shot two 3-pointers and we were down by four.“

As great as Old Bull’s basketball legend has grown to be, his work away from the hardwood shouldn’t go unnoticed. Old Bull was a strong advocate for higher education, something he pushed upon the younger generation later in life.

“Probably the one thing I remember, my senior night at Rocky Mountain College in 2010 my dad told me he was more proud of me going to college, getting my education, getting a master’s degree in accounting more than anything I did on the basketball court," Elvis Old Bull Jr. said.

“My oldest son, Hank, who is now a freshman at Rocky, he must have been fifth or sixth grade at the time, he went up to my son and pretty much told him stay in school, graduate from high school, go to college," Pretty On Top said. "You can be anything you want in this life with education. Those words stick with my son, and that was probably the biggest thing that stood out for me to hear that from the late Elvis Old Bull.”

It may have been long overdue, but the Lodge Grass legend has been given the honor he deserved for his contributions to the communities on the Crow Reservation. Lodge Grass will celebrate Elvis Old Bull Day annually going forward with a flexible date.