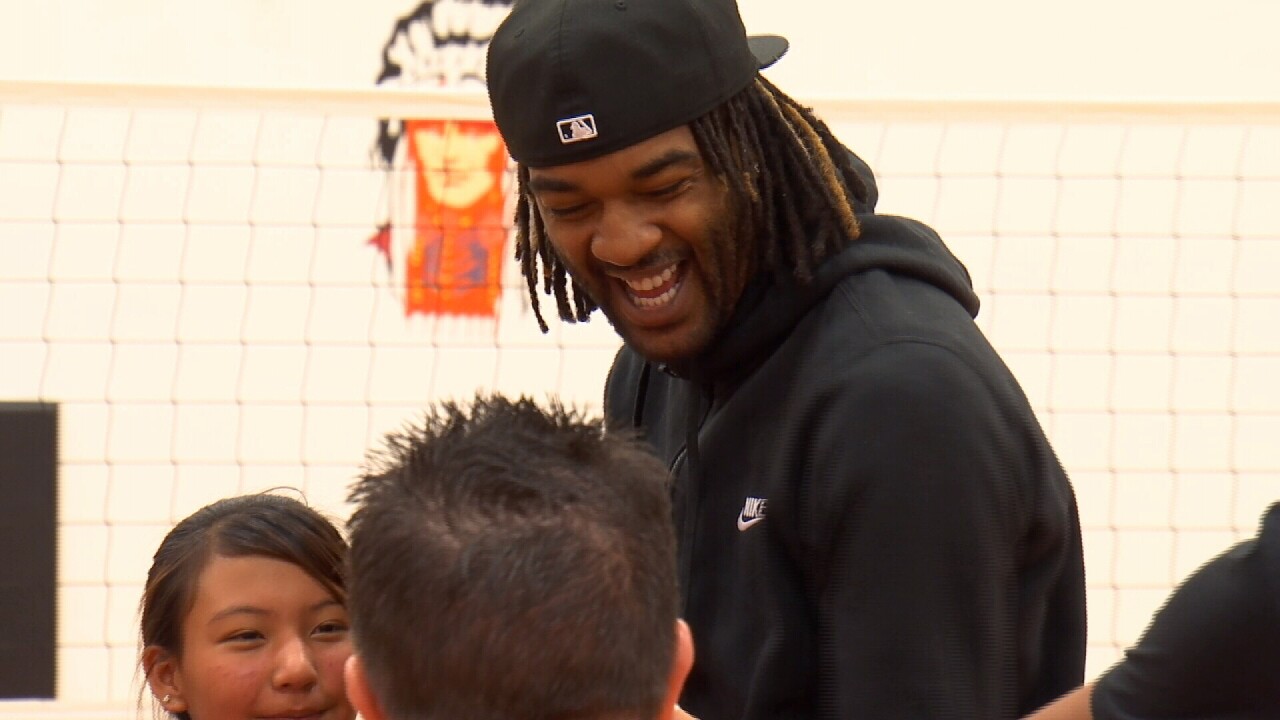 LODGE GRASS — The greatest player to ever set foot on the Lodge Grass basketball court was Elvis Old Bull, who led the Indians to three consecutive state titles from 1988-1990. But now, Old Bull may be second.

"It's an inspiration to the youth," said new Lodge Grass boys basketball head coach Josh Stuart, "just because they're able to see someone right in front of them they see on TV, because they all love the NBA."

Jordan Hill made a stop at Lodge Grass High School on Thursday, his latest during a Montana tour for Native American Week, and the former top 10 NBA pick couldn't stop smiling.

Hill takes time at each school to do what he and the other kids love - shoot hoops - and he found out quickly just how good Montana basketball can be when a Lodge Grass student challenged him to 1-on-1 and made a step-back jumper after Hill jumped on a pump fake.

"This is Anthony right here," Hill said during an interview, pulling his new friend over. "Tell everybody how you did a Kobe Bryant turnaround on me, man? All in my face?"

"I just gave him a hesi," Anthony shrugged.

"Get out of here," Hill laughed.

But the most important part of the former Los Angeles Laker's visit may be his story. Hill made millions during an eight-year NBA career but left basketball two summers ago because of strife within his own family, a message many on Montana's reservations can relate to.

"I think it really will stick in the hearts and minds of our students here," said Stuart. "They can say, 'He's been through that? So this doesn't have to stop me? Great!'"

"The struggles they deal with, I've dealt with the same struggles - probably still dealing with them," Hill echoed. "I just want them to know they're not alone in this fight. We all are together, and we're going to keep it as a family."

If they do, anyone - even from a small town in Montana - can make it to the highest level.

"I was an unknown. I didn't start playing basketball until 12th grade, from a small town called Lawrence, South Carolina - population 9,000," Hill said of his humble beginnings in the sport. "It doesn't matter where you're at, how much you're worth or how much you got. If you go out there and give it your all, someone out there is going to take a chance on you."

"I think it will help our kids dream bigger," Stuart said of Hill's appearance. "That's the No. 1 thing, the goal for community, is to think beyond our own borders and reach for the stars."