Butte Central's Jared Simkins does the unexpected in championship run 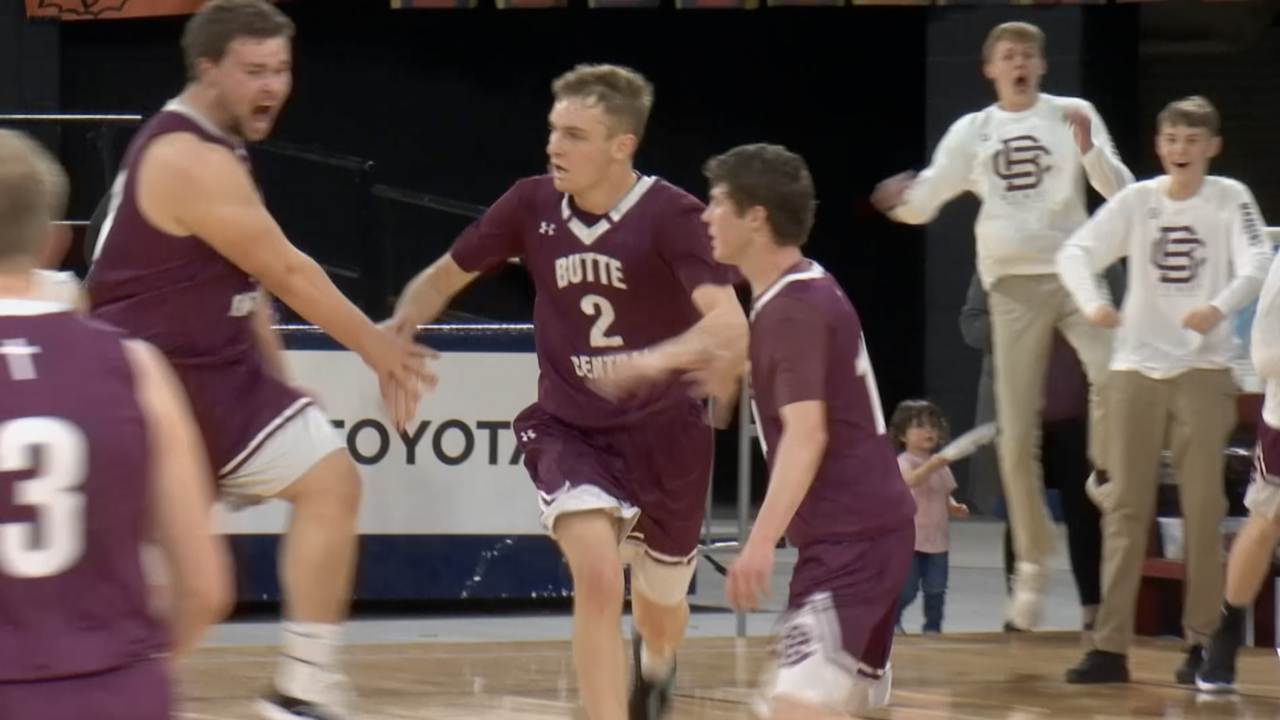 Butte Central was named the Co-Champion of the Class A State Tournament that took place in Billings. Despite the frustration and sadness that came when news broke of the cancellation of the event, one of the Maroon's players provided a bright spot.

Jared Simkins, a senior for Butte Central did what nobody expected him to do. Not the crowd or even his twin brother.

"He's never done that before," said his twin brother, Matt. " I was so shocked when I saw that. He's never even came close to it. It's the first time he's even tried it I think."

Jared threw down the first dunk of his life.

"The first time I got like a cut to the hoop that was wide open and I felt like I could get up there," said Jared Simkins. "So the second time I got one, I was like let's do it."

After the dunk their was an uproar from the crowd.

"That was crazy," Jared Simkins said. "Fist time I ever did it, so I was pretty pumped. I don't even know what was going through my head and i was just super excited."