Western (25-4 overall, 15-3 Frontier Conference) was given a No. 1 seed, fourth overall, for the six-day tournament at Rimrock Auto Arena at MetraPark. The Bulldogs face Georgetown (Kentucky) on Wednesday at 8 p.m. in the opening round. Western is the top seed in the Cramer Bracket and was ranked No. 4 in the final regular season coaches poll of the year.

Lewis-Clark State, a No. 6 seed, will compete in the Naismith Bracket, tipping off the tournament on its opening day, Wednesday, at 1:45 p.m. against William Penn (Iowa).

Providence, one of the last four teams into the tournament, is an eight seed and faces top-seeded and No. 2 overall Campbellsville (Kentucky) on Thursday at 2:15 p.m.

Defending champion Freed-Hardeman (Tennessee) is the top-ranked team in the tournament, which tips off its first game on Wednesday at 8:30 a.m. California sent a state-best five programs to the national tournament, while Montana is tied with Kentucky and Louisiana with four teams.

There are no undefeated teams in this year’s national tournament. 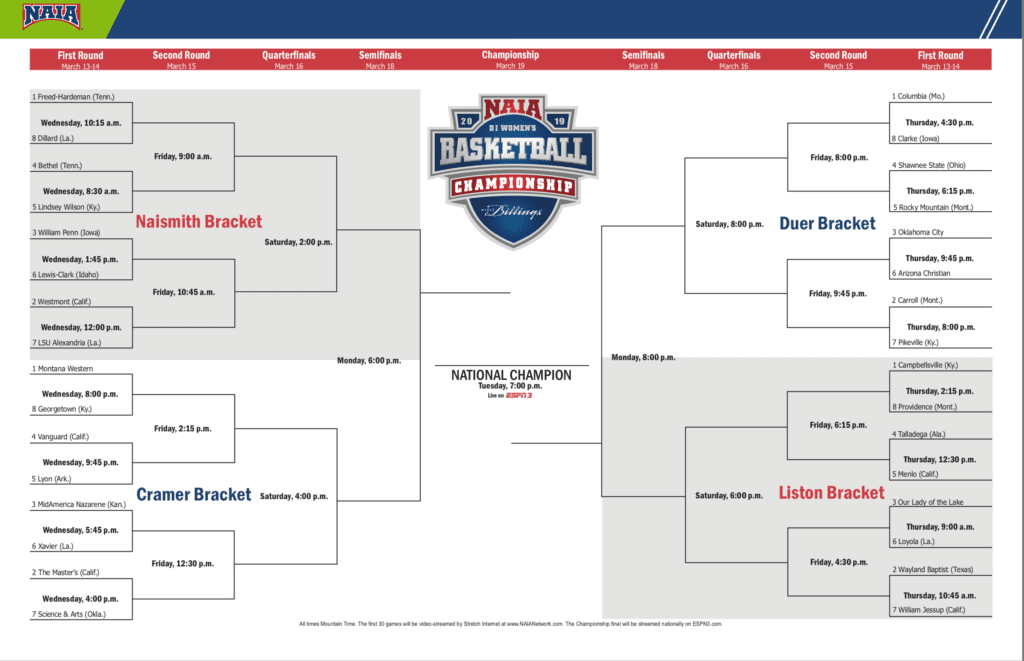