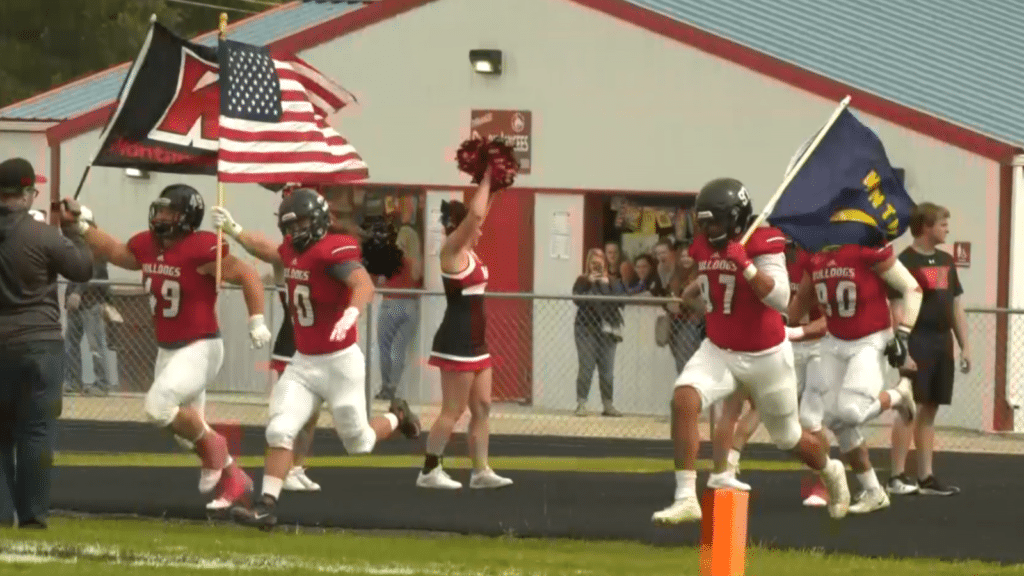 Eastern Oregon built a 41-13 lead through three quarters, but Western came storming back. Quarterback Jon Jund found Walker McKitrick for a 15-yard touchdown to cut the deficit to 41-20. On Eastern Oregon’s first offensive play following Western’s score, quarterback Kai Quinn was intercepted by Damaen Bentley, who took it back 27 yards for a touchdown.

Three plays later, Western’s Joe Caicedo forced a Nico Chavez fumble. Caicedo picked up the loose football and rumbled 36 yards for another Bulldog touchdown, trimming the Mountaineers’ lead to 41-34. With just under three minutes to play, Jund found McKitrick for a 53-yard touchdown to tie the game at 41.

And then things got wild.

Bentley picked up his second interception of the game with 2:18 to play, setting Western up at its own 35-yard line. However, after a false start, Jund was picked off by Garrett Yunker, giving Eastern Oregon possession at its own 42.

Trying to run down the clock and get into field goal range, Eastern Oregon fumbled, allowing Western another chance to take the lead late. At the Mountaineers’ 38, Kylar Prante ran down to the Eastern Oregon 20 before losing a fumble.

It appeared Eastern Oregon would be content with running out the clock and going to overtime, but Montana Western called a timeout to try and get the ball back. Instead, Victor Dias ripped off a 42-yard run on 3rd-and-4 to position the Mountaineers for a game-winning field goal. But Nathan Harden missed the 32-yard attempt, sending the game to overtime.

In the third OT, Eastern Oregon’s drive stalled, forcing the Mountaineers to settle for three. Harden nailed the 39-yard attempt to give Eastern Oregon a 54-51 lead. Western, too, stalled and turned to the leg of Kharchenko to tie the game. However, Kharchenko’s 36-yard attempt was blocked by Zach Lacey, giving Eastern Oregon its second win of the season.

The loss is Montana Western’s first of the year as it falls to 3-1. Eastern Oregon improves to 2-2.