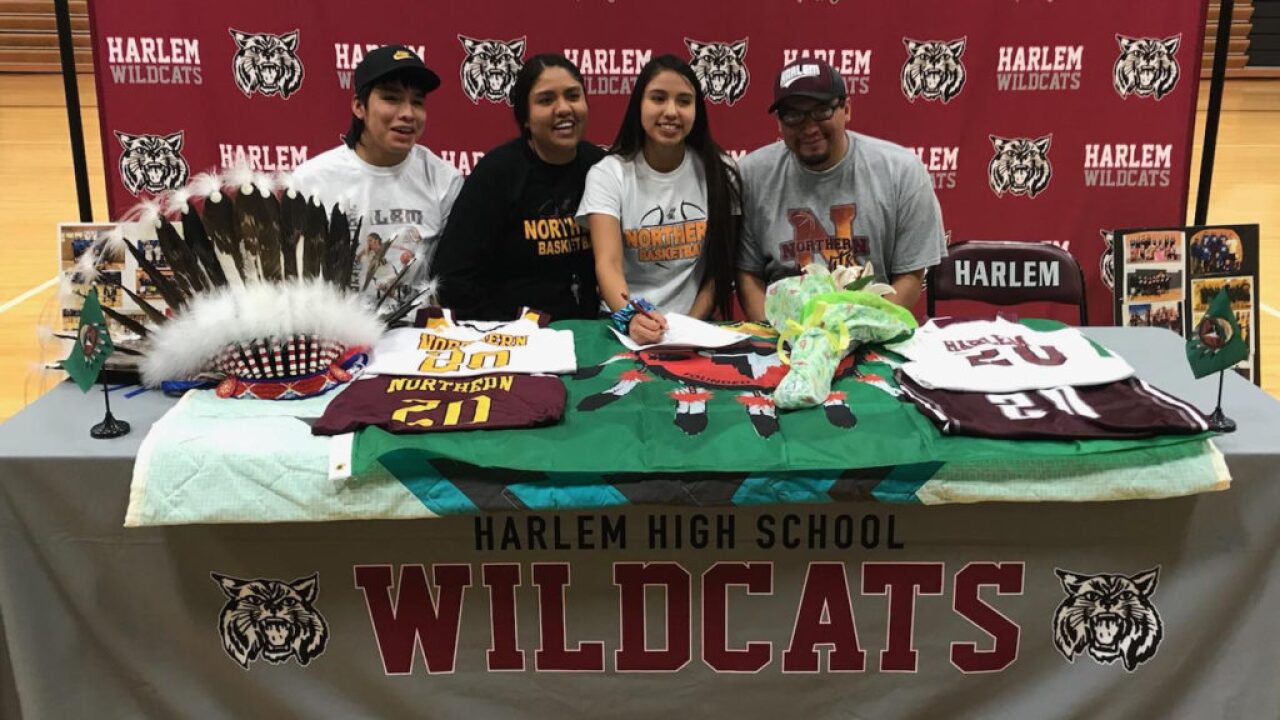 This year, Lawrence helped lead the Wildcats to their first-ever Class B Northern divisional title as well as the first state tournament appearance in school history.

Lawrence, a 5-foot-9 junior point guard, averaged 19.1 points, 6.7 rebound, 3.8 assists, and nearly 2 steals per game this past season. She has multiple 30-point scoring games and a career-high of 34 points in a game.

“L’Tia is tough. She’s been an all-state player for three straight years and she’s only gotten better every step of the way,” Mouat said. “She is a really good competitor and has a true point guard mentality. She has great vision and sets up her teammates well. We really like her ability to shoot the ball from the 3-point line and the fact that she finishes around the rim very well. She just has a great feel for the game.”

Lawrence has earned Class B all-state honors in each of her three seasons, and she recently was named the Most Valuable Player at the Hi-Line Invitational Tournament in Havre. She is also a standout runner, earning all-state honors in cross country.

“L’Tia is a great addition for us,” Mouat added. “She is a great athlete and excellent student with a 4.0 grade-point average. She will be a great addition for us at MSU-Northern and we are very excited to have her on board. She is definitely a big part of the future here. She’s a kid we’ve watched for a long time and she’s really grown into a special player, and she’s set for a great senior season at Harlem.”

Lawrence is the daughter of Marlin and Bethany Lawrence.