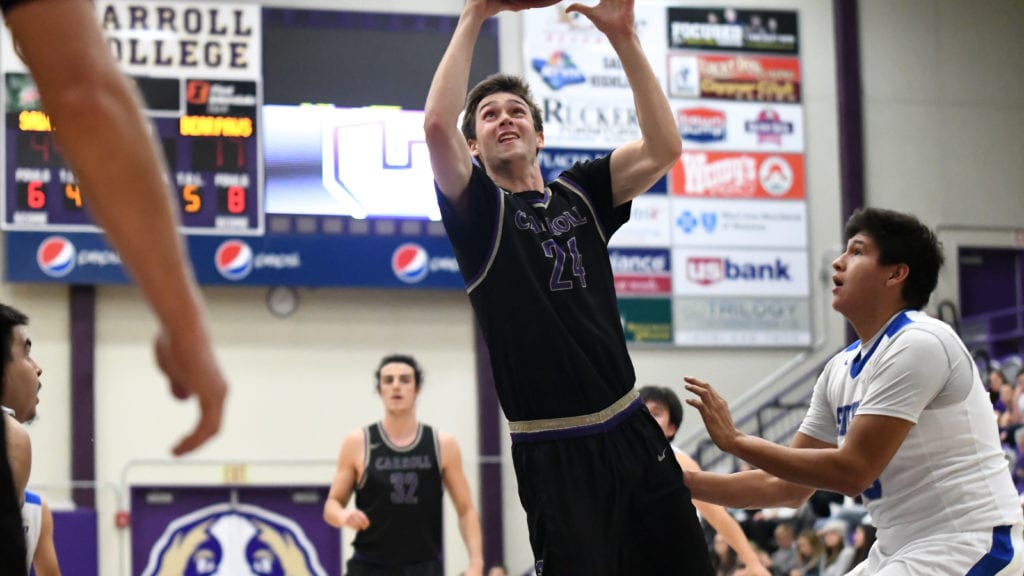 Wyman’s high-flying ability on the court and high-achieving ways in the classroom earned him the award. Wyman holds a 3.86 GPA while majoring in biology. He intends to become a dentist. He’s one of the most efficient scorers in all of college basketball and has helped the Saints to the verge of a fourth consecutive NAIA Tournament appearance and third consecutive Frontier Conference championship. He’s averaging 17.5 points, and six rebounds while shooting 60 percent from the field, 43 percent from the three-point line and 80 percent from the foul line.

The award is voted on by members of CoSIDA using the following criteria: a student-athlete must be a starter or important reserve with at least a 3.30 cumulative grade point average (on a 4.0 scale) at his/her current institution. Nominated athletes must have participated in at least 50 percent of the team’s games at the position listed.

His all-district selection advances him to the ballot for the Google Cloud Academic All-America voting. Those named All-American will be announced in mid-March.