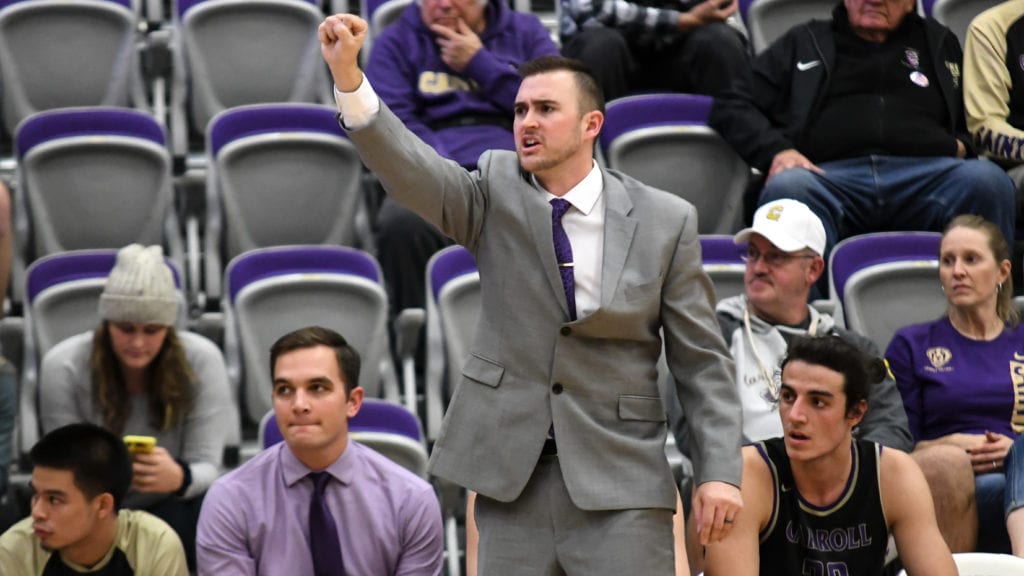 The Saints, in coach Kurt Paulson’s first season, are 11-0 and moved from 22nd in the preseason poll to No. 3 this week. Only LSU Alexandria (La.) and The Master’s (Calif.) rank ahead of Carroll, which started Frontier Conference play with wins over the University of Providence and Montana State-Northern last week. LSU Alexandria got eight first-place votes to move to the top of the rankings.

Lewis-Clark (Idaho) State is the only other Frontier Conference team in the top 25. The Warriors moved up from their No. 17 preseason ranking to 10th in this week’s poll after an 8-1 start. Providence and Rocky Mountain College were both among the teams to receive votes and rank outside of the top 25. The Argos, who are in the first season of Steve Keller’s tenure as head coach, received the 26th-most votes.

Rocky, which was ranked 14th in the preseason poll, received the 29th-most votes this week.

The complete top 25 can be found by clicking here.