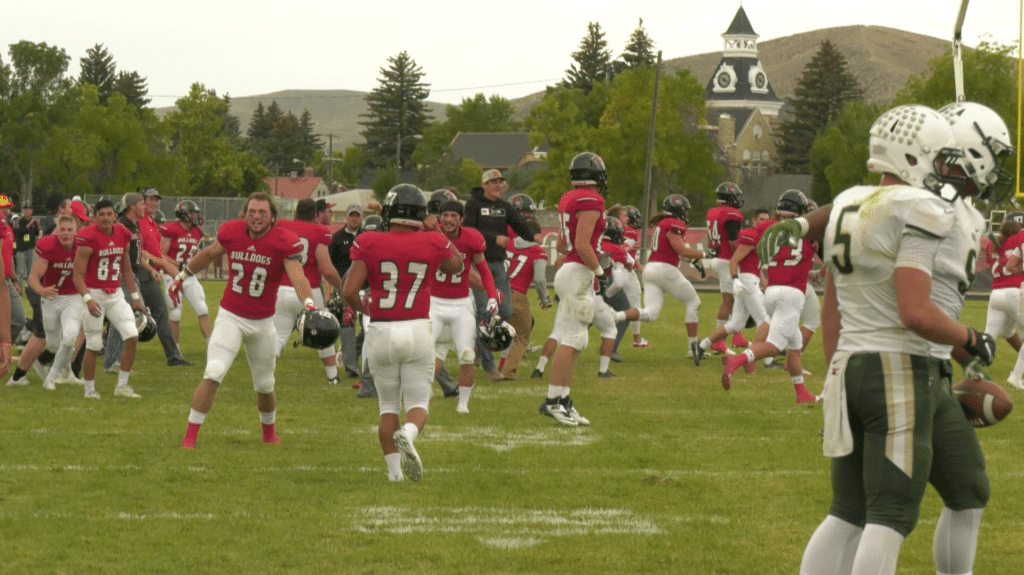 There were a pair of phenomenal football games, and a pair of blowouts, in the Frontier Conference on Saturday afternoon.

No. 23 Rocky Mountain College overcame a 13-point deficit in the final 6:30 to escape with a 42-41 win over College of Idaho. No. 22 Montana Western mounted a huge fourth-quarter comeback but suffered its first loss of the season on the road at Eastern Oregon. No. 3 Southern Oregon and No. 24 Montana Tech dominated Carroll College and Montana State-Northern, respectively.

Jacob Bakken threw for a career-high 431 yards and five touchdowns to lead No. 23 Rocky Mountain College to a comeback victory over College of Idaho on the road. With Rocky trailing 41-28, Jimmy Henderson intercepted College of Idaho quarterback Darius Peterson with 6:27 to play. Bakken then threw a 46-yard touchdown pass to Lucas Overton. After Rocky recovered an onside kick, Bakken then found Max Gray for the go-ahead score. College of Idaho drove into Rocky territory but turned the ball over on downs, allowing Rocky to ice the game.

Kai Quinn threw for 430 yards and four touchdowns to lead Eastern Oregon to an upset win over No. 22 Montana Western. Western overcame a 28-point fourth quarter deficit to force overtime, but Mark Kharchenko’s 36-yard game-tying attempt in triple overtime was blocked. Western quarterback Jon Jund threw for 390 yards and four touchdowns in the loss. It was Montana Western’s first loss of the season.

No. 3 Southern Oregon dominated Carroll College on the road. Raiders quarterback Wyatt Hutchinson threw for 194 yards and two touchdowns, both longer than 40 yards, while the Southern Oregon defense limited Carroll to just 199 yards of offense and only 63 through the air.

No. 24 Montana Tech dominated from the opening kick against MSU-Northern. The Orediggers built a 24-0 halftime lead and stretched that to 38-0 by the end of the third quarter. Tech racked up more than 580 yards of offense, while holding the Lights to just 258 yards. In his first collegiate start, Tech quarterback Cole Hauptman threw for 207 yards and three scores. Running back Jed Fike totaled 127 yards and one touchdown on 19 carries.