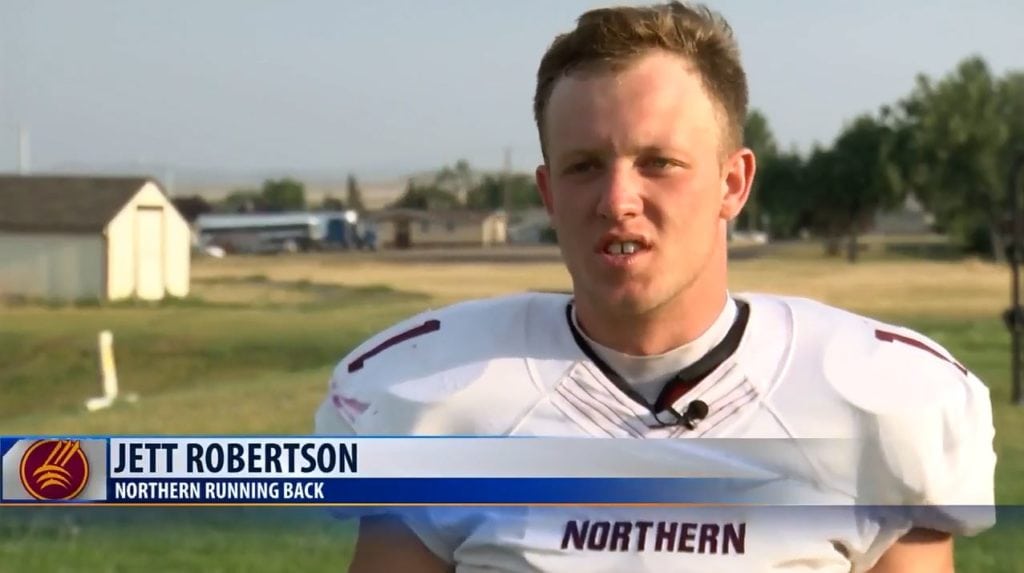 WHITEFISH — Rocky Mountain College’s Ryder Rice and MSU-Northern’s Jett Robertson were recognized Monday by the Frontier Conference after standout performances in the first week of the college football season.

Rice was named the conference’s defensive player of the week. The 6-foot-6, 220-pound junior defensive end from Savage recorded four tackles-for-loss and four sacks in the Battlin’ Bears’ 19-0 win over Carroll College. Rice totaled five solo tackles and one assisted tackle as No. 20 Rocky started the season 1-0.

Robertson, a running back, was named the offensive player of the week after helping the Lights to a non-conference win over Mayville (N.D.) State. The 5-11, 195-pound junior rushed for 167 yards and three touchdowns on 28 carries. He also caught five passes for 82 yards and another touchdown as MSU-Northern started the Andrew Rolin era with a 49-20 win.

Eastern Oregon’s Nathan Harden was the special teams player of the week. The senior kicker was three for three on point-after attempts and booted a 20-yard field goal in EOU’s 24-21 win over the College of Idaho. Harden also punted five times for 291 yards, pinning the Coyotes inside their own 20-yard line three times.