Carroll College and Montana Western held steady in the rankings at Nos. 11 and 15, respectively. Rocky Mountain College slipped from 12th to No. 18, while Providence is among the seven other teams to receive votes.

At 22-7 overall, the Fighting Saints clinched the Frontier Conference regular-season championship and the No. 1 seed for the conference playoffs. Carroll had won seven consecutive games before losing to Western in the regular-season finale.

The NAIA national tournament is March 14-20 in Billings. The bracket will be revealed on March 7. 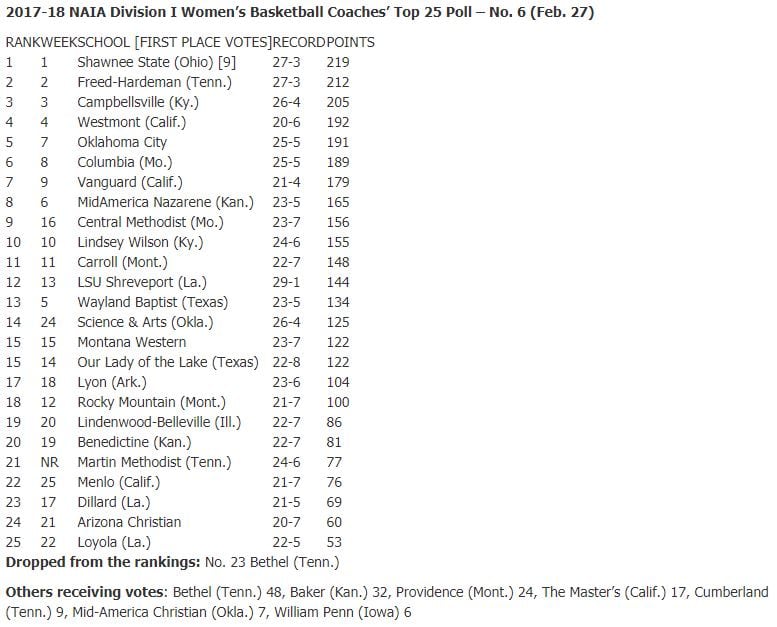