The Saints are the highest-ranked Frontier team in the polls, climbing to No. 11, one spot ahead of 12th-ranked Rocky. Western made the biggest jump of any ranked team, going from 24th to 15th in Tuesday’s rankings. Providence fell from the top 25, but is still in the category of others receiving votes.

Rocky (20-4) has won five of its past six games to earn the highest ranking in program history.

After a three-game losing streak to start the new year, Western (20-6) has now won nine consecutive games. The Bulldogs have won the past four Frontier Conference players of the week — Brianna King with three consecutive awards before Cierra Lamey won this week’s honor.

The Frontier Conference playoffs are scheduled to begin Feb. 28.

Shawnee State (Ohio) swapped places with Freed-Hardeman (Tenn.) to earn all nine first-place votes and the top ranking. Freed-Hardeman fell to second, and Campbellsville (Ky.), Westmont (Calif.) and Wayland Baptist (Texas) round out the top five. 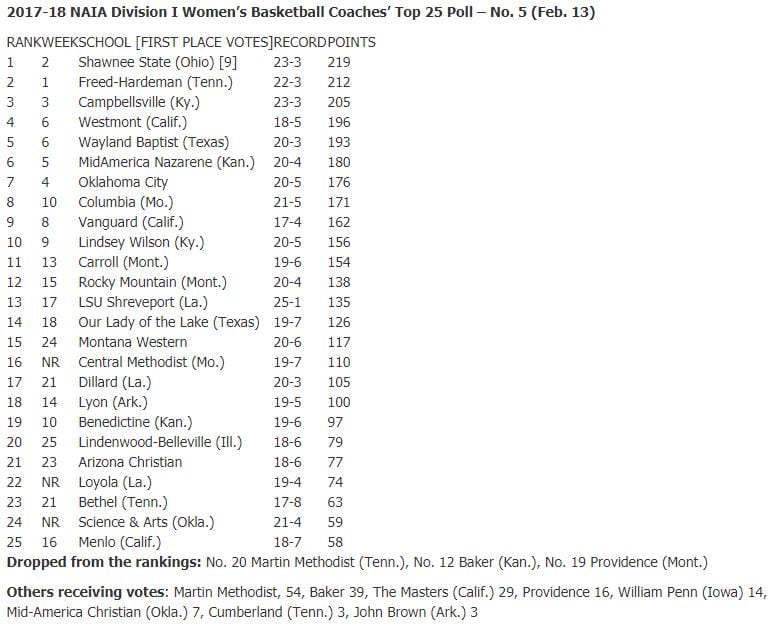