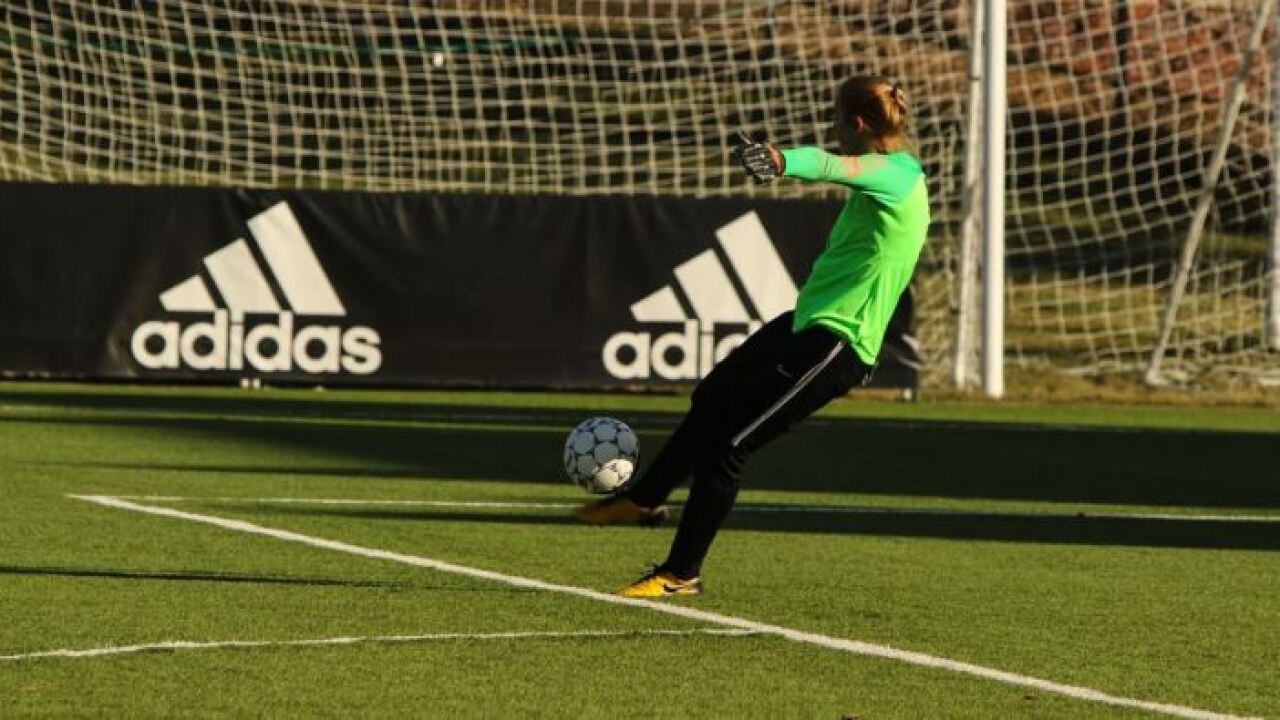 Having already broke the school record for most shutouts in a season, Rocky's goalkeeper Maia Wetzel added to her record with her 13th of the year. Pulling in fives saves on the day, the junior from Billings, Mont., has now posted 83 saves in 2019 to officially surpass Lia Unterholzner for most saves in a season in recorded school history. Unterholzner recorded 80 in 2015.

In the match's 39th minute, Madison Browne powered a long assist over the heads of several Pioneer defenders to Hannah Borgel. Borgel threaded the ball past Barnhard for the match's first goal and the Battlin' Bears led by one point heading into the half.

The Battlin' Bears extended their lead to two goals in the 73rd minute when Alexis Robbins booted a free kick from nearly fifty yards out down the field. Rocky's Ellen Hunsaker jumped over a crowd of four MidAmerica Nazarene defenders and powered a header into the corner of the net.

"Extremely proud of the girl's performance today," said Rocky's head soccer coach Richard Duffy. "After we scored the first goal, we were able to settle down a bit. We were able to defend well, close out spaces, and limit opportunities for the rest of the game."

The Battlin' Bears earned the victory with a 13-11 shot advantage. The Pioneers held a 3-2 edge in corner kicks.

With the victory, Rocky's women's soccer team advances to the tournament's second round and further than any other team in program history. The Battlin' Bears only other trip to the national tournament ended in a 1-0 loss in double overtime against Simon Fraser University in 2008.

The team also ties the program record for most wins in a season. They join the 2008 and 2012 Battlin' Bears' women's soccer teams as the only teams in school history to nab 14 wins in a season.

"We always talk to the team about doing something that hasn't been done before," said Duffy. "This season has been outstanding in that regard. Beyond the individual records and team records that we've had, this season is the furthest we've ever gone and we are just one step away from the final national site."

The Battlin' Bears will stay in Omaha, Neb., to play No. 12 ranked Midland University tomorrow. The winner of tomorrow's match will journey to the tournament's final site in Orange Beach, Ala., on Dec. 2-7.